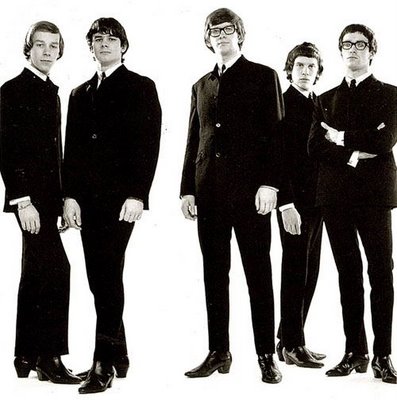 The music of 1968 was un embarras des richesses, an embarrassment of riches, almost too much of a good thing. I just looked at a dozen lists of ‘The Best Albums of 1968’, and I’ll admit that the following one (mine) omits a lot of seminal works by a lot of stellar artists. But when I pared it down to the ones that have left an indelible mark on me, what I call ‘life-changing music’, it’s a really remarkably long list (alphabetical here) for one single year:

They range from mind-expanders to soular-implosions, from the revolutionary to the revelatory, each and every one a masterpiece. But after those eleven, just when you think the alphabet couldn’t hold any more, here comes another one:

It’s an album marked by inauspicious roots, a twisted path, and universal acclaim. And it’s always symbolized for me the late 60s in general. What an incredible wealth of great music. Here, an off-the-cuff psychedelic swan song by a group in the process of going belly-up.

The Zombies were a British invasion band noted for both their relative raunchiness at times, alongside their exceptional musicality at others. They had two careers – the second of which didn’t exist. Maybe I’d better explain that.

In the mid-60s, they had a string of very minor hits, along with two big (and great) ones, the haunting ‘She’s Not There‘ and the even hauntinger ‘Tell Her No‘. Both were written by group leader Rod Argent and sung by the very fine and distinctive Colin Blunstone.

But alas, no commercial success after that for The Zombies, and in 1967 they decided to break up the band. One more cheapo session in 1968 to fulfill their recording contract with Decca, then back to day jobs. That album was entitled “Odessey and Oracle”, and it turned out in retrospect to have been both. 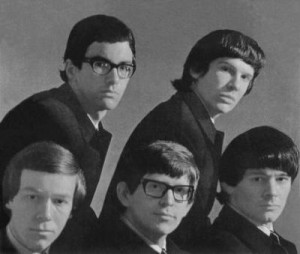 It’s a stunning, finely crafted album – the material, the lead vocals, the arrangements, the electric piano, the sound palette, everything. As fine as their two early hits were, this is in another league altogether. It has lots of humor (‘Friends of Mine‘, ‘I Want Her She Wants Me‘), ornate preciousness (the beautiful ‘For No One’-inspired ‘A Rose for Emily’, ‘Brief Candles’), lots of church-choir backing vocals, intelligent lyrics. A 12-inch embarrassment of riches in and of itself, it is.

Al Kooper (who in those days was referred to as “Al Kooper is God”) heard it, pulled it across the Atlantic, and it became a hit in 1969, powered by the iconic hit single ‘Time of the Season’. (Did you ever notice that they stole the rhythm riff and drum part for that from The Beatles’ ‘Wait’?)

Every single song on “Odyssey and Oracle” is worth talking about, but I’ve always been partial to the lead-off cut: Side One, Song One – ‘Care of Cell 44‘, a musical epistle addressed ‘In care of Cell 44’. It’s the only love song I know of a guy eagerly awaiting his belle’s release from prison. Perhaps there should be more.

It’s gonna to be good to have you back again with me
Watching the laughter play around your eyes
Come up and fetch you, saved up for the train fare money
Kiss and make up and it will be so nice…