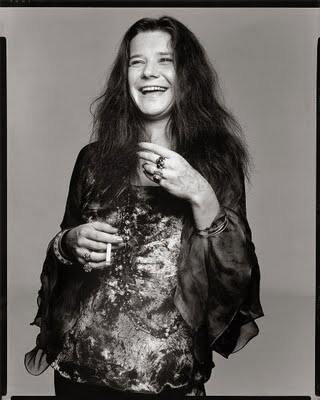 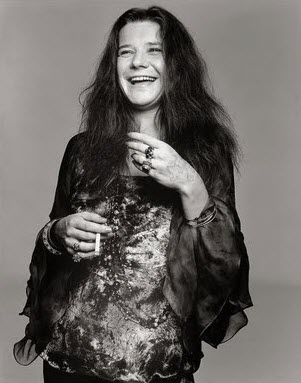 I was explaining to a friend recently why I avoid live performances, especially in the rock idiom. I tried to explain that it’s because I’m an effete snob, that I want to listen to the best music possible, that rock at its best is studio music. Back in the day, I had no interest in hearing Crosby, Stills and Nash trying to recreate on stage the perfection they achieved in the studio. I hit my zenith (or nadir, as the case may be) in 1969, when I respectfully declined VIP tickets and an interview with The Who on their first Tommy tour. It’s also why I left Woodstock after one day. I went for the music, I got rain and mud and shmutz. So I went home, showered, put on my headphones, and listened to Sgt. Pepper.

But when the friend asked me what the best live show I ever saw was, I said, “Ah,” with a smile of sweet recollection. “No contest. Janis Joplin, with Big Brother and the Holding Company, 1969.”

In those days I was writing for a twice-weekly college newspaper with a circulation of 25,000. That made me very popular with the record distributors. Unfortunately, they never offered me the graft or the other perks I’ve read about, but they did stock my record collection generously, and got me interviews with whoever passed through our fair burg. 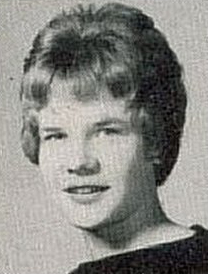 So it was that Janis came to town with her band, less than a year after the release of her first real LP, “Cheap Thrills” (‘Combination of the Two‘, ‘Piece of My Heart‘, ‘Ball and Chain‘) and a semi-bootleg of unauthorized demo tapes by a small label (including some very, very fine cuts such as ‘Down on Me‘ and ‘Call On Me‘). I had an ‘interview’ backstage with her before the show, which meant just hanging with her and the band, schmoozing with her while she guzzled her Southern Comfort. Yes, she really did. She was down-to-earth, friendly, warm, jovial, unpretentious. She was also quite diminutive in stature and homely. She made me feel quite comfortable, although I was just a kid of 20, and she was a star of 26.

But when she got on stage, it was something wholly other.

She moved me. She moved the hall. She sang about love and rejection, about pleasure and pain. Every second was real, profoundly honest and exposed, engaged to the very marrow of her bones. There are lots of stories about how unpopular she was in high school in Port Arthur, Texas, how she nurtured all kinds of resentment and an addict’s need for the audience’s affection. Speaking from experience, that sort of resentment can be one powerful motivator.

I was so moved that at the end of the finale, ‘Piece of My Heart’, while the audience was on its feet thanking her, I jumped up on stage to hug her. I guess perhaps I meant to kiss her on the cheek. But her juices were in full flow, and she gave me a full-blown Janis kiss, deep and memorable. 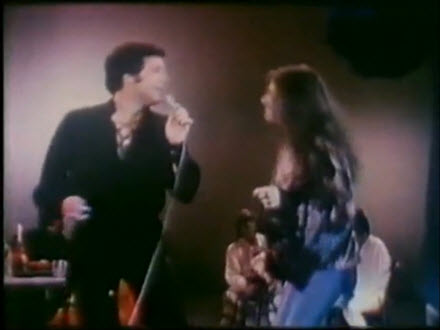 Her performance on stage taught me all sorts of things. For example, it enabled me to understand the attraction of human sacrifice. It’s one thing to read about the purging, cathartic impact of the hero’s tragic end on the 5th century BCE Greek stage. It’s another to watch Janis sing “Take another little piece of my heart!”, and mean it quite viscerally. That’s what she did, she bled for the audience. She pulled out her pain right there on the stage, tore it out of her heart, and offered it up to us. I’ll give you my very lifeblood, just love me. More bloody and gory than the slashiest flick or real morgue (I’ve witnessed a couple of autopsies). She was carving up her soul, and handing it to us to share. That’s how deep her need for approval was. So it’s really no surprise at all that two years later she was dead.

Together with the memory of that event, the defining image I carried with me of Janis for many years was, ironically enough, her guest shot on The Tom Jones Show.

Tom Jones, for all you Martians out there, was a very popular Welsh pop-soul singer (b. 1940). He had a strong voice, danced lithely and provocatively, and ‘ladies of a certain age’ were wont to throw their panties at him. We effete snobs (see above) viewed him as a cheap, dumb-headed purveyor of offensively shallow pop pap. Here he is in that period at his crass best. The clip is worth watching. Just keep a barf bag handy.

In 1969 he had a network television show on which he hosted some pretty good musicians. There weren’t a lot of network shows on which we could see ‘our’ musicians, so we swallowed our pride, took a Dramamine, and tuned in. Even when he duetted with fine artists, he pulled them down to his level rather than rising to theirs. Which was a shame, because he had some really fine chops. He could have been a good singer if he would have just refrained from pandering crap. Here he is singing with Wilson Pickett, exactly the kind of music to which I prefer silence.

Here’s one that’s a little better, singing ‘Good Golly Miss Molly’ with Little Richard. Fortunately, the manic Mr Penniman is so detached from the reality around him that he keeps on keeping on despite the Welsh welching.

And if you say it’s not fair to pair him with a male, thereby denying him all of his testosteronic histrionics, here he is singing soulless soul with Aretha herself.

You can almost see Ms Franklin blush. Even the regal Aretha she can’t elicit anything real from Plastic Tom. 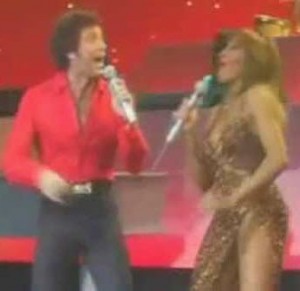 Tina Turner fares better here, in this medley. She’s as hot as—well, as hot as only Tina can be, and Tom sings quite admirably, I’ll admit. He’s clearly focused more on keeping up with Tina than in pandering to the saggy tomatoes in the crowd. But it’s still Vegas. It’s nothing that will be imprinted indelibly in your musical memory.

And then Janis came on the show. First she sang one misguided effort, an unfortunate misinterpretation of a really fine ballad, ‘Little Girl Blue.’ But then they sang together. Watch this. I’m not comparing Aretha or Tina to Janis, but in the Me-Tom-You-Jane matchup, they pale in comparison. Watch Janis transmogrify him where so many had failed before her. Watch her open the floodgates of her energy. Watch her invest that flat sound stage with terawatts of sexual electricity. Watch her turn him on and lift him up.

That, folks, is the magic spell that Janis Joplin cast on me, on my friends, on my generation. That’s the altar on which she sacrificed herself for our voyeuristic satisfaction. After his tens of thousands of conquests, this is how old Plastic Tom remembers his duet with Janis fifty years later.

I don’t mean to brag or anything, but at the end of ‘Raise Your Hand’, Tom tries to hug Janis and she pushes him away. Me she graced with a kiss I still haven’t gotten over.