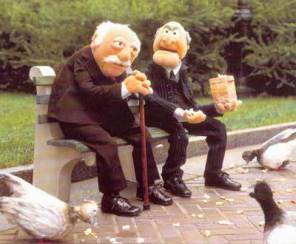 I interviewed Paul Simon and Art Garfunkel sometime in early 1967.

I knocked on the door of their dressing room. Paul opened the door, all 5’3” (1.6m) of him, turned and called into the room, “Hey, Art, this guy looks just like you.” 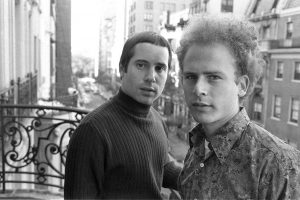 Paul and Art were both 26, riding the tide of three straight hit singles: ‘Sounds of Silence’ (#1), ‘Homeward Bound’ (#5), and ‘I Am a Rock’ (#3). They were widely credited with inventing folk-rock, marrying the fun of rock and roll to the gravitas of folk music. No one foresaw that they were to become cultural icons.

I was 18, a music nerd away from home for the first time, at Allegheny College in Meadville, PA, “tryin’ to do like the Gentiles do”. No one foresaw how badly that would turn out. 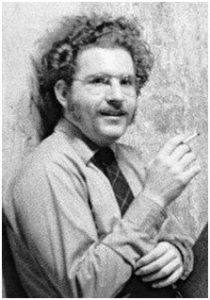 Art and I, it turns out, were both early sporters of jewfros, a coiffure in style amongst some young members of our notoriously nerdy tribe. We thought that if we grew long kinky hair, maybe we’d be able to jump as high as Dr J or sing as raunchy as Wilson Pickett. Spoiler alert: we couldn’t.

I recently turned 70. So I’ve been thinking (in addition to finishing my tax return and watching the new season of Ozark) about stuff like The Meaning of Life.

I am now officially old. This is a new state for me. Most of my life, I haven’t been old. It only crept up on me recently. How do I know that I’m old? Because of a 1968 Simon and Garfunkel song.

Old friends, old friends, sat on their park bench like bookends.
A newspaper blown through the grass falls on the round toes of the high shoes of the old friends.

Old friends, winter companions, the old men lost in their overcoats, waiting for the sun;
The sounds of the city sifting through trees settles like dust on the shoulders of the old friends.

Can you imagine us years from today, sharing a park bench quietly?
How terribly strange to be seventy…

Long ago it must be, I have a photograph.
Preserve your memories – they’re all that’s left you.

You see, in 1968, “there was music in the cafes at night, and revolution in the air”. It was us against them—the hippies vs the pigs, John Lennon vs Richard Nixon, “the countless confused, accused, misused, strung-out ones an’ worse” vs The Establishment. 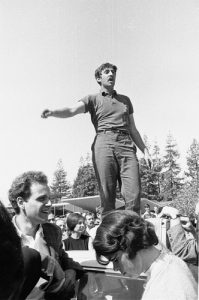 Jack Weinberg (sic), a harbinger of the revolution at Berkley in 1964, coined the phrase “Don’t trust anyone over 30.” Our parents were over 30. Richard Nixon was over 30. We figured it must be true.

But as kids of 18 or 26, we were of course immortal. We could drink and drive, indiscriminately consume whatever drug was available, practice free and unprotected love whenever we could, stay up all night listening to The Stones and sleep through Logic class in the morning, with no repercussions. We were immortal.

Again, spoiler alert: It didn’t quite work out that way.

The Ohio National Guard shot four of us. We graduated (by the skin of our teeth, and only some of us) and had to Get A Job. We fell in love and tied the knot. We had babies. We signed mortgages. We turned 30. 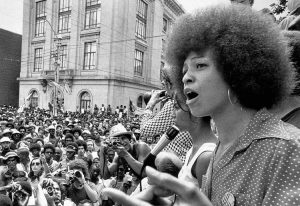 As I said, this is new for me. Memories used to be ten years old. Then twenty. Now I have memories that are a lifetime older than I was when Paul said, “Hey, Art, this guy looks like you.”

I don’t know why I blame Garfunkel for that line. Simon wrote it, and deserves all the credit and all the blame. But it is who Art sings that B-part: Can you imagine us years from today, sharing a park bench quietly? How terribly strange to be seventy…

I don’t sit on park benches. I don’t wear high shoes with round toes. My ‘overcoat’ is a spiffy leather jacket, and I ain’t lost in it. And for damn sure, no dust is settling on my shoulders. So screw you.

I got me a new soul brother, William Butler Yeats. At 63, he wrote: 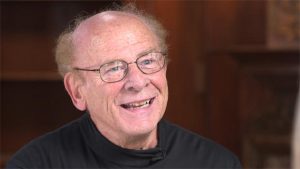 What shall I do with this absurdity—
O heart, O troubled heart—this caricature,
Decrepit age that has been tied to me
As to a dog’s tail?
Never had I more
Excited, passionate, fantastical
Imagination, nor an ear and eye
That more expected the impossible—

Three months ago I started writing a novel. I’ve finished about a quarter of it, and I’m pretty pleased with the results. I’m determined to see it through to the end. It will be my first big work of fiction, after one stillborn attempt at a novel, one short experimental novel, one attempt that ended when I painted myself into a corner. No tragedy. As I learned very clearly from my playwrighting days (twenty plays in my forties, two a year for ten years), you learn immeasurably more from failures than from successes. 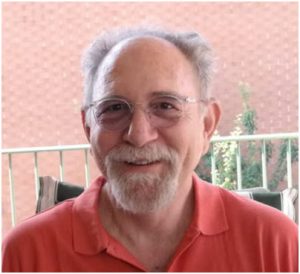 See, that’s something I didn’t know at 18. I’ve actually learned something over this threescore and ten—a failure isn’t the end of the world. I wish I had known that at 18. And at 26. And at 40. It would have given me solace and confidence to grapple with the challenges of those daunting years.

Yes, I’ve learned a thing or two. But I also realize that there’s much more out there that I haven’t learned than what I have. But that’s cool.

So, yes, Art, I am officially old. But you know what? I have more of my jewfro left than you do. If you want to feel old, you go ahead. I have too much to do. That other guy from back then sporting a jewfro, Bob Zimmerman, transcended the clichés of the time. He was 24 when he wrote ‘he not busy being born is busy dying’.

So, yeah, on paper I’m old. But I’ve still got my creative juices, such as they are, flowing like an agitated mountain stream in spring, choked and rushing furiously with melted snow; and I’m going to be spending the next month thanking the Almighty for blessing me with the health and energy to channel these energies into a project that keeps me off the streets and out of my wife’s hair.

Soon enough, I suppose, I’ll be sitting on a park bench with dust gathering on my shoulders. But I have a sneaking suspicion that in my earphones I’ll be listening to The Who’s Roger Daltrey singing “Hope I d-d-d-die before I get old”.