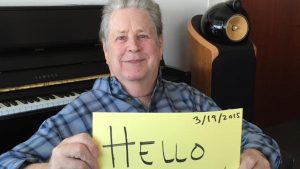 My neck of the woods isn’t on the main drag of A-level musicians’ tours. We’re a pretty small market. And there are a lot of nasty or misled folks who try to convince artists that this is a black-and-white world, and we’re the bad guys, so they shouldn’t come here to play. So when a legend does make it here, it’s a big deal.

These old-guy tours, I call them dinosaurs, and I have always studiously avoided dinosaur concerts. I have a theory about Dinosaur Tours. I know why Rod Stewart and Mick Jagger still don their tights and prance around the stage – they don’t want to grow old. Well, I don’t want to grow old either, but I don’t go shaking my tush on a stage with 100,000 people watching. But then again, my opportunities for making such an ass of myself are significantly scarcer than theirs.

The question that grabs me is why young ‘uns run to see these old guys. Clearly, it’s so they can go to their graves saying “I brushed up against greatness” – at least from the $150 bleacher seats about a mile and a half from the stage. Now for me, I just don’t feel a sense of accomplishment in that. 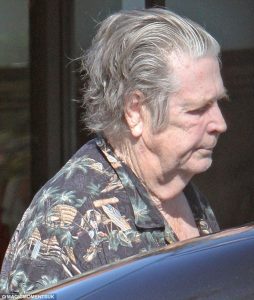 I have plenty of fond memories. I saw The Beatles their holy Selves in 1965, saw The Stones on their first tour of the US in 1964, and saw and interviewed Simon and Garfunkel in 1967. I prefer to remember them in their active, vital prime, making the music that makes them worth remembering.

My Moment of Weakness

But when they announced Brian Wilson’s 50th anniversary world tour of “Pet Sounds”, I broke. My heart bought tickets before my head had a chance to set up its defenses.

“Jeff,” I said to myself in that patronizing voice I use when I’m being particularly obtuse, “You’re not going to enjoy the show, you’re not even going to hear Brian. You’re going as an homage.”

Brian had a fine band backing him, one of the best money can buy. The medley of hits, from ‘Surfin’ Safari’ through recent stuff, all held up to one degree or another. In the first half of the show, Brian handled a lot of the vocals (supported and relieved by Al Jardine); but in the second half, as they felt the strain of the decades on their chops, they let Al’s son take over the high notes and eventually entire songs. 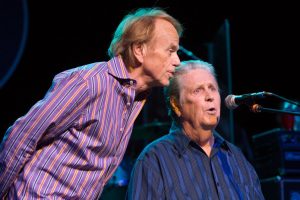 But my strongest impression was of an aide leading Brian to his chair, propping him up as this decrepit old guy in a Hawaii shirt went shuffling blindly across the stage. As the show progressed, he sat out entire songs. He could hardly compose coherent sentences (well, nothing new there), and I tried to appreciate it all as an abstract gesture of respect, rather than a pathetic attempt to stay young and relevant – on both our parts.

My Respect for Brian

My respect for Brian is immense. As I’ve often said, “There are two kinds of people in the world: those who get Brian and those who don’t.” In purely musical terms, he’s The Genius of our times. I’ve sung his praises repeatedly in these annals (gosh, I’ve always wanted to use that word):

SoTW 293: ‘Warmth of the Sun’, a cappella treatments of 4 pre-Pet Sounds gems which I commissioned as a tribute to Brian.

SoTW 004: ‘Kiss Me, Baby’, a masterpiece of fog and enigma and adolescent angst. 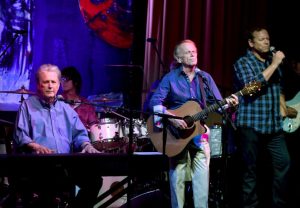 SoTW 118: ‘Surf’s Up’, celebrating (with great reservations) the release of the apocryphal, unreleased maybe/maybe not masterpiece.

SoTW 230: ‘Here Today’, an homage sans reservations to The Masterpiece of post-war popular music, “Pet Sounds”, including a look at the building of the tracks, based on the “Unsurpassed Masters”, an exhaustive catalog of the Beach Boys’ studio work.

SoTW 158: ‘Surfer Girl’ as sung live by Paul Simon, revealing in his oblique rendering the divine beauty within the brainless shlock.

So if at the concert I felt a bit like a pilgrim who took a wrong turn, and if most of what I’ve written about Brian in the past is unrepentant proselytization, this week we’re going to share with you a set of gems that only we fanatics care about. The rest of you are excused. Try not to make too much noise out in the hallway. 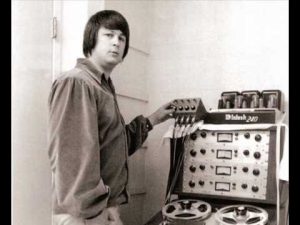 If the previous effort, “Today!”, contained the uncut diamonds that would be brought to fruition in “Pet Sounds”, “Summer Days” was a mix of the BB’s admirable but limited Top 40 grist (‘Help Me, Rhonda’), Beatles imitation (‘Girl Don’t Tell Me’), and early experimentation towards “Pet Sounds” (‘Let Him Run Wild’ and especially  the intro to ‘California Girls’ [my ringtone for years]).

But the Complete “Unsurpassed” Beach Boys set, Volume 9, includes 4 CDs, 74 tracks of studio work on the album, including 8 working tracks of a song called ‘Sandy’. The final, incomplete draft (‘Second Vocal Overdub’) is mostly instrumental, with just a bit of vocal overdubbing (“Sandy, baby, it’s time we said goodbye.”). It’s a teaser, the dance of the seven veils. The instrumentation is a bridge between the best of “Today!” and “Pet Sounds”—synthesizer, a chunky harpsichord-ish keyboard, a prominent bass (all reputedly played by The Wrecking Crew, who went on to make “Pet Sounds” with Brian). A chord progression, melody, and a mood that just won’t let go. 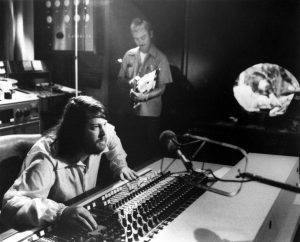 Ten years later, Brian revised the song, entitling it ‘Sherri, She Needs Me’. It’s a uniquely successful cut from Brian’s long fallow period. The instrumental track is from 1965, a much more finished version than those included in “Unsurpassed”, with 1975 vocals overdubbed by Brian. Russ Titelman, one of the best producers of the times, contributed to the lyrics. Heaven only knows how bad they were before he got his hands on them. If you really must know, this cut was originally released on the “Lei’d in Hawaii” bootleg, then in 2013 on CD6 of the ‘oddities and outtakes’ box “Made in California.” The result is a crazy amalgam of the divine and the brain-dead:

Sherri baby, I just can’t stand it, it didn’t work out the way we planned it.
Sherri baby, it’s time we said good-bye.

Sherri believe me, it’s so hard to say we’re through.
Please keep your cool, dear, and I’ll still be friends with you.
Sherri, don’t hate her guts ‘cause she took me away–
And maybe you wanna make friends with her someday.(sic, sick) 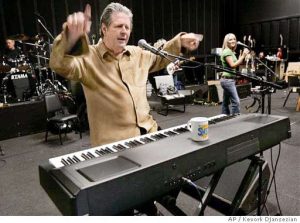 But the song just wouldn’t let go of Brian. He returns to it, 20 years later, with a more polished but somewhat less convincing treatment, admirable, with flashes of brilliance, but overall lacking that Brian Wilson magic. The lyrics were revised by none other than Carole Bayer Sager, Oscar and Grammy-winning lyricist (‘Arthur’s Theme’, ‘That’s What Friends are For’):

‘Sherri, Baby’ has morphed into ‘Sorry, Baby…’, and some of the potholes from the previous lyric set have been smoothed over, but even Ms Sager couldn’t save it:

Baby, if you don’t stop crying I’ll just want to die,
But it’s too late and you know there’s nothing here for you and I.

Still, there’s something about this song. Brian worked on it for over 30 years, and I’ve been listening to it for about that long. Me and at least 30 other misfits around the world. Like all of Brian’s greatest work, it suffers from clunky lyrics, and the sentiments are all too frequently acne-ridden.

She says that she’s sorry and I guess I’m sorry too.
But baby I’m wonderin’ when I was lonely, where were you.

She says that she loves me and I’m not sure that’s really true
Because if she loves me I wouldn’t feel the way I do. 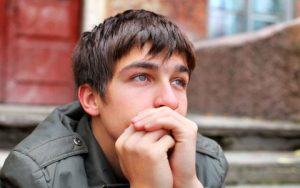 Embarrassing, but true. Somehow, those 16-year old emotions never pass, do they? The pain of your first girlfriend leaving you—that ouch stays with us forever. It’s the template of all the romantic and romanticized tears we’ll shed for the rest of our born days, isn’t it? It has none of the complications and obfuscations of our ‘real’ adult life. ‘I loved her, she left me, and I’m crying.’ Simple and to the point.

Brian Wilson composed 3’30” musical masterpieces that grabbed our hearts and our souls and still, 50 years on, won’t let go.

Watching Brian in concert was one sad experience. I’m sorry I went. I should have stayed In My Room and contemplated the days when I watched those noble giants walk the earth.