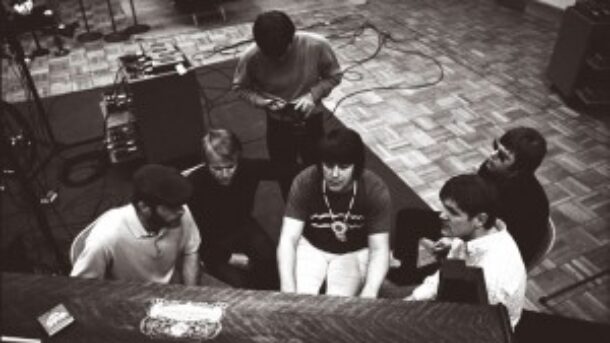 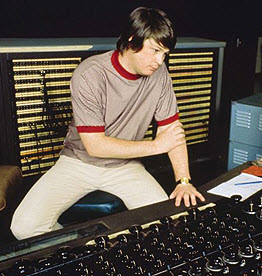 In the eyes and ears of many rock cognoscenti, a seminal event occurred two weeks ago – the release of The Beach Boy’s “SMiLE”, 37 years after the project was abandoned. There’s a veritable hagiography about the history, death and resurrection of “SMiLE” written by people who have spent years living the subject, so I doubt that I have much to add on that score. But some friends have been asking me my opinion, so I’m going to make a modest attempt here to provide a Dummie’s overview of the history of the legend and to express some personal opinions about the album’s actual achievement.

“SMiLE” was supposed to be Brian Wilson’s opus magnum. He had spent the early months of 1966 in the studio collaborating with lyricist Van Dyke Parks and a group of the best studio musicians in LA (The Wrecking Crew) when the project fell apart due to his emotional instability. (The rest of The Beach Boys were out on tour, having lost all semblance of being artistic contributors to ‘Beach Boys’ music—already in the previous album, “Pet Sounds”, it was all Brian and the studio musicians.) In the summer of 1967, Brian re-recorded a simplified, watered-down version of the album, “Smiley Smile”, which included centerpieces ‘Good Vibrations’ (already released as a single in October, 1966), and simpler versions of ‘Heroes and Villains’ and ‘Wonderful’. A simplified version of the keynote song ‘Surf’s Up’ appeared on the 1971 Beach Boys LP of the same name. 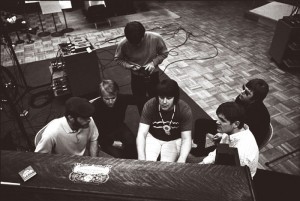 But the legend of the “SMiLE” project grew over the years – larger than the Loch Ness monster, more beautiful than Shangri-La, more elusive than the Yeti, richer than El Dorado, more profound than the Shroud of Turin, more holy than the Grail. 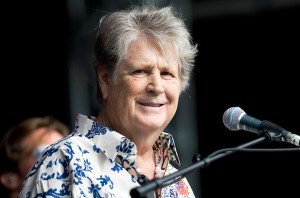 In 2004, the now brain-dead Brian recorded a “SMiLE” with his working and travelling band. By now, much of the original studio “SMiLE” had circulated as bootlegs, so its primary interest to obsessives was as an overall blueprint of the project (canonization of tracks, track order).

And now, two weeks ago, Brian and Capitol and The Beach Boys have released “SMiLE” reassembled from the original studio recordings. Spoiler: I think it’s a fine album which missed its chance at greatness, because its importance is in the sphere of the development of the music rather than in pure aesthetics.

If “Pet Sounds” had been released for the first time in 2011, the import would be immeasurable, because time has not diminished its unique beauty. Likewise, if “SMiLE” had been released in 1967 and “Sgt Pepper” had been abandoned, I’d feel much the same about The Beatles’ album that I do about “SMiLE”. 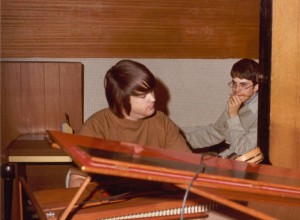 Let’s make the inevitable comparison to The Beatles. My premise is that there were four LPs at the center of The Beatles’ career – “Rubber Soul”, “Revolver”, “Sgt Pepper” and “Magical Mystery Tour” (including the six sides of the three great singles), chronologically. “Rubber Soul” broke the least ground in terms of expanding the whole musical landscape (although the originality of its country/acoustic flavor became much more pronounced as decades passed). And it contained The Beatles’ best music, ever. Because their energy was focused inward/downward, and not outward/forward. ‘Simple’, great songs. Both “Revolver” and “Magical Mystery Tour” were uneven, mixed bags, with plenty of genius and not a few flops. “Sgt Pepper” changed the face of modern music. Heck, it changed the world. But except for ‘Day In the Life’, the songs are mediocre by Beatle standards.

“SMiLE” occupies a similar niche to “Sgt Pepper”. It’s early psychedelic, and retrospectively a work of undeniable genius in exploring new musical vistas. It’s got some fine, fine songs – not only ‘Good Vibrations’ and ‘Heroes and Villans’, but also ‘Wonderful’ and ‘Surf’s Up’. But beyond that, it’s a pastiche of remarkable experiments that have been surpassed over the last 37 years. 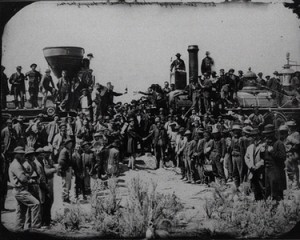 Making the Pacific Railroad (with lots of Chinese serfs)

Let me put it really straightforward –no music more beautiful than “Pet Sounds” (or finer than “Rubber Soul” in its world) has been made in the last 40 years. But if the issue isn’t beauty but musical exploration, the way music as a language expresses the world we live in, we of 2011 are dwarfs on the shoulders of giants. We’re smaller than the greats of the past, but we can see further. Columbus discovered America, but Charles Crocker (1822-1888, head of the construction team of the transcontinental Pacific Railroad) left a far greater imprint on the North America. The borders of music have surpassed “SMiLE”. Take artists like Steely Dan or Gentle Giant or Peter Gabriel or Sting or Rufus Wainwright– not necessarily artists I listen to a lot or enjoy, but certainly they’ve learned what Brian had to teach and moved on from there in their own directions.

“SMiLE” is more appealing musically than “Sgt Pepper.” “SMiLE” would have been more revolutionary than “Sgt Pepper” if it had been completed and released when it was recorded, months before “Sgt Pepper”. But it wasn’t, and time has continued to pass, as is its inexorable wont. I’ve listened to “SMiLE” a dozen times now. I doubt that I’ll go back to it very often in the future. In contrast to “Pet Sounds”—rarely does a month go by without my listening to it.

Here’s a thumbnail timeline of that memorable year:

Van Dyke Parks’ highly-wrought lyrics to ‘Surf’s Up’, complete with quote from Wordsworth’s ‘My Heart Leaps Up When I Behold”:

A diamond necklace played the pawn

Hand in hand some drummed along, oh

To a handsome man and baton

Back through the opera glass you see

The pit and the pendulum drawn

Canvass the town and brush the backdrop

To a song dissolved in the dawn

The music hall a costly bow

The music all is lost for now

To a muted trumperter swan

Canvass the town and brush the backdrop

Are you sleeping, Brother John?

Dove nested towers the hour was

Carriage across the fog

The glass was raised, the fired rose

The fullness of the wine, the dim last toasting

While at port adieu or die

A choke of grief heart hardened I

Beyond belief a broken man too tough to cry

Aboard a tidal wave

Come about hard and join

The young and often spring you gave

I heard the word

A child is the father of the man…

Have you listened as they played

Their song is love

And the children know the way

That’s why the child is the father to the man…