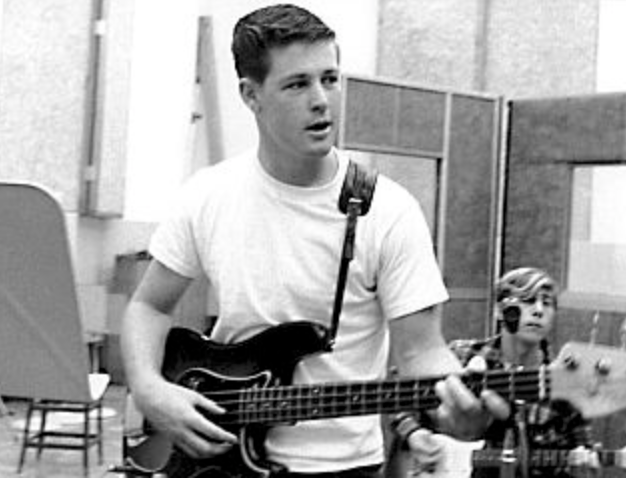 As you can see by the number, this is one of the first Songs of The Week I ever wrote, way back when it was sent by email to a small list of unsuspecting friends.

In recent years, I’ve had the wonderful fortune to be able to realize a couple of musical fantasies. There’s another one in the oven.
If you make it to the last paragraph here, you’ll see the fantasy.

I hope within the next couple of weeks to share with you the first fruits of my Brian Wilson/pre-Pet Sounds/a cappella fantasy/obsession–the first seeds of which were planted 53 years ago, the format exactly what I described 10 years ago. Stay tuned.

There are two kinds of people in the world: those who get the Beach Boys and those who don’t. By ‘The Beach Boys’, I don’t mean Al Jardine and Mike Love and ‘Surfin’ Safari’ or ‘Be True to Your School’; I mean of course Brian Wilson, and the stunning music that he created before his mind went mush.

It’s hard to sell the Beach Boys, even to people with good taste–there are lots of legitimate reasons to dismiss them: years of silly, pandering music (throughout their career); whiny, white-bread voices; the stupidest lyrics this side of Nashville. 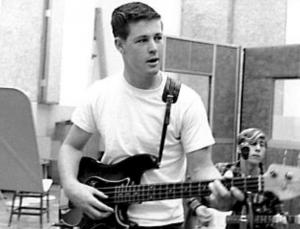 But three gazillion fans can’t be wrong, right? And tBB had a string of hits from 1962 to 1966 (and onwards) rivaled among American pop groups only by the Four Seasons and the Motown stable. Then in 1966, right on the heels of their tenth straight hit LP, “The Beach Boys Party! (Live)”–came their first commercial flop. It was called “Pet Sounds”.

Go find a rock critic who doesn’t rank it in the top five greatest rock albums. But what do rock critics know? Paul McCartney said he and John were so blown away by it that “Sgt Pepper” was made as a conscious attempt to go “Pet Sounds” one better.

Brian Wilson (my transcription from a taped interview): After the Beales her Pessounds, they wand make a greyr album, so they id Sharzhin Peppersh Lowly Harsh Cluband. And it was a very, very, very great album. Right up there with Pet Sounds, And it was, like, really good. Well, that was obviously well into mush-hood. I belong to the camp that believes that “Sgt Pepper” was ‘overproduced and underwritten’, whereas “Pet Sounds” is one of the most beautiful works of any genre or medium I know. Books and movies and podcasts and probably macramé patterns have been made in tribute to “The Making Of”. So I’ll let you explore that territory on your own.

What I’m offering up this week is a cut from “Beach Boys Today!”, an album that riveted me back in 1965 when it was released, over a year before “Pet Sounds”. Side One contains 4 hit singles (enough to ensure the commercial success of the album): the dumb-out ‘Do You Wanna Dance’, the brilliant pap ‘Dance, Dance, Dance’ and ‘Help Me, Rhonda’, and the audacious ‘When I Grow Up’. But there are another seven songs in which Brian was creating music on an entirely new level of complexity, sophistication—and beauty. I feel a bit uncomfortable touting cuts with titles like ‘Don’t Hurt My Little Sister’, ‘I’m So Young’, ‘She Knows Me Too Well’ (the last including the lyric ‘When I look at other girls, it must kill her inside, but it’d be another story if she looked at the guys’). But listen to them. And to the masterpiece of the album, ‘Please Let Me Wonder’. And to this week’s song, ‘Kiss Me, Baby’.

The song intrigued me in 1965, fascinated me for decades afterwards, and continues to haunt me today.

Try, please, I urge you, to filter out the cloying obstacles. I promise you, there are treasures within: unspeakably beautiful, angular, floating melody lines, an instrumental palette of colors and shades that offer deep, wondrous pleasures, and a symphonic tapestry of six or eight simultaneous musical lines bobbing and interweaving, stunning harmonies within the vocals, all of them playing off and with each other.

Take 9 (from the Unsurpassed Masters)

Vocal overdub 1 (from the Unsurpassed Masters)

Vocal overdub 2 (from the Unsurpassed Masters)

Several weeks ago I discovered the 58-CD series “The Beach Boys’ Unsurpassed Masters”. Yes, 58 CDs of Brian Wilson in the studio, rehearsing his music, hits and obscurities, layer after layer, first the instrumental track (with studio musicians–TBB might be his brothers and friends, but he wasn’t going to let anyone mess with his music), and only then the vocals (which The Boys did do). Here’s the voices:

Listening to him work in the studio, for me, is akin to watching a video of Michelangelo sketching out and then filling in the Sistine Chapel. The greatest thrill is being able to hear the threads. “Today!” is much influenced by Phil Spector. One big monaural glob of sound, impenetrable, inscrutable and hypnotic. There are those of us who spent many hours scrunching our ears to the hi-fi speaker trying to peek inside, to hear what was going on in there. No way. A wall of sound.

They say Brian is deaf in one ear, which is why he insisted mixing many of his masterpieces in monophonic, so that he could hear the precise sound palette that was being presented to the listener. But apparently in recent years he’s figured out (through the fog of sticky goo that remains of what was once his brain) that there’s gold in them thar archives. He’s allowed himself to be taken back into the studio, and remixed “Pet Sounds” in a beautiful, clear stereo.

Hearing the Unsurpassed Masters of “Kiss Me Baby” was a Rosetta Stone experience for me. Decades of gook removed. You can actually hear that counterpoint line being played by a bass clarinet and ukulele in unison. That’s a real example, I promise you. It’s a miracle dissected:
If I ever win a lottery, I’m going to try to commission the Danish jazz choir Vocal Line to record this song a cappella. I’ve already tried to convince both their director and assistant director to do so, succeeding only in convincing them that I have an acute obsessive disorder. Well, they may be right about that. But that’s another story. And I think this cut really is uncommonly beautiful.