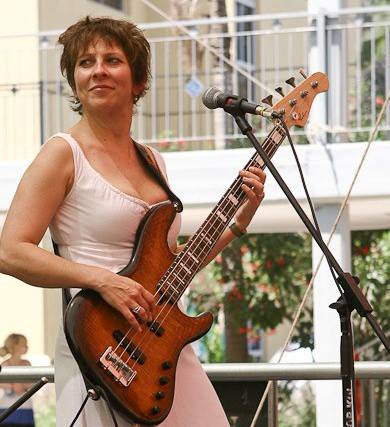 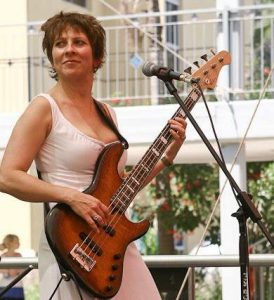 My good old friend Becca Kristovsky died this week. She was 54, a luminous person, and we made a lot of music together.

Today, the day after her rainy day funeral, I heard her singing this song to me in her most sultry voice, “Ooh, I’m missing you, I got those bye-bye baby blues.” It’s Becca, right here and now, singing my feelings.

I met Becca in about 1984. I was living in Beersheva, Israel, a desert frontier town. I’d heard that among the 8 students in the very first foreign students program at the fledgling Ben Gurion University there was an American girl who played guitar. I knocked on her dorm door and introduced myself. We got to know each other pretty well musically.

When she went back to the US at the end of the year, I wrote her ‘Becca’s Song‘. 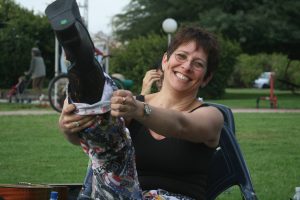 But then she came back! To Beersheva! And, boy, was I happy to see her. We spent the next five years or so singing and playing together. She wanted to call us The Beauty and The Beast, but I don’t remember anyone ever asking what we were called. They just called us Becca and that guy, I think. We played here and there, more or less wherever they would have us, but we thought we were making some pretty darned good music. And we were sure having a lot of fun.

And then she got married, and broke up the band. Damned Gil, taking her away to Haifa. I remember when she first started dating him, and was proud to sign their wedding contract as a witness. She called me Jeff the Jew.

‘Bye Bye Baby Blues’ is from some recordings we made in about 1989. There’s a heartbreaking ‘End of the World‘, and a hilarious ‘Squeeze Box‘. There’s ‘Will You Still Love Me Tomorrow?‘ and ‘Different Drum’, and ‘All Shook Up‘, and a whole lot of Everly Brothers: ‘(All I Have to Do is) Dream‘, ‘Wake Up Little Suzie‘, ‘Let It Be Me‘, and ‘Devoted to You‘. 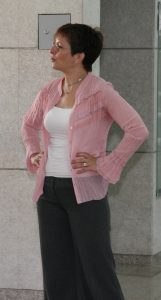 One song that I was dying to sing with Becca was John Sebastian’s “You’re a Big Boy Now”. Becca and I both played acoustic guitar, and that song really needs a bass. I was too lazy to learn it myself, so I pestered her and pestered her until she went out and bought herself an acoustic bass guitar, first one I ever saw. Then I pestered her to start learning it. ‘Big Boy’ is, I believe, her very first effort on the instrument which became her trademark.

We kept in touch over all the years from opposite ends of our little country, mostly running into each other at various musical events. She used to read Song of The Week, and sometimes we’d chat about that. Or one of us would call the other to say to we heard one of ‘our songs’ on the radio, and together we’d think back on those old, fading glory days.

After her kids Noga and Itamar grew up a bit, she started playing more and more, with her band Triad and then professionally with Mark Rashkow and Danny Dworsky. I saw her perform once with the former. She was poised, glowing, raunchy and charismatic. Becca, the rock star. 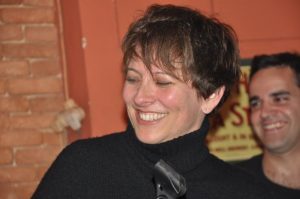 She used to brag to me about Noga’s dancing and about Itamar’s taste in music. I loved it.

Then, in the spring, just about eight months ago, she got sick. The last time I saw her was when Gil died in the summer. I went up for a shiva call. Becca loved to read, and she was from Houston. There’s a Houston author I used to read a lot, Larry McMurtry. She had more time than energy, so I sent her his long, rambling tale of a cattle drive, “Lonesome Dove”. I know she was enjoying it. I don’t think she got to finish it.

On June 1, I retired from my main job and started writing a novel, “Creston Pale”, full-time, full gas. It’s been half a year now, and I’m about two-thirds of the way through. Regular readers of this blog have noticed that I’ve been laggard, recycling old postings. That’s why. All my writing energies have been going into the book. It’s light and fast-paced and entertaining, I think. I’ve been enjoying the process, and I admit to being quite pleased with the results. It’s a story about – well, you’re just going to have to wait to find out. 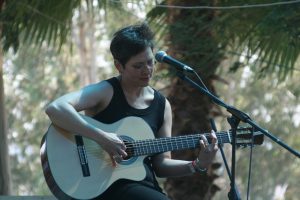 Some writers need to be left alone. Some, like me, are desperate for an editor. It’s incredibly hard to find someone perceptive and receptive, both critical and nurturing who can accompany you, answer urgent, bizarre questions at odd hours, serve as a sounding board, listen to you ramble incoherently until some sense begins to coalesce. Becca did all that for me with patience, acumen and insight over the last half year. She was the first person to read what I wrote. She’d pick over the previous chapter word by word, and get excited with me about the way the plot was developing, and help me think through my next step. 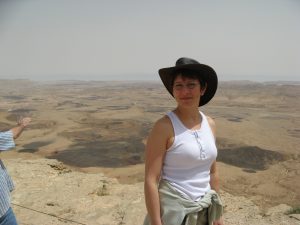 I understand she would sit in the hospital with my manuscript and her red pen. She gave me comments I still need to implement. It’s that fresh. Towards the end, I asked her repeatedly if I should continue sending her updates. I felt pretty petty, sending her my scribbles while she was fighting for her life. But she insisted I continue, said it kept her mind sharp, gave her something fun to focus on.

I was sending her drafts right up to the day she went into the hospital for the bone marrow transplant. Gosh, I miss her help.

For Noga and Itamar, I have no words of consolation. It sucks, period. Does it help any to know that so many people loved her and cared about her? Does it help to know that even casual acquaintances would describe her as a dazzling rock star?  She’s gone, way too young, and I have no thoughts or words to palliate that.

But just like you say in the song, Becca, “Ain’t much to do, just sing those bye-bye baby blues.” I just have to accept it and let go, because you are gone.

Except you’re singing the song with a glint in your eye. Because we both know you’re not gone. You’re right here, right now, singing those bye bye baby blues.

Havin’ the blues, hatin’ to lose
Guess I got a lot to learn
All of my friends have lost now and then
I guess it’s just my turn

Tell me the first, hurt you the worst
And time is your best friend
But when you’re this sad and hurtin’ this bad
How do you love again?