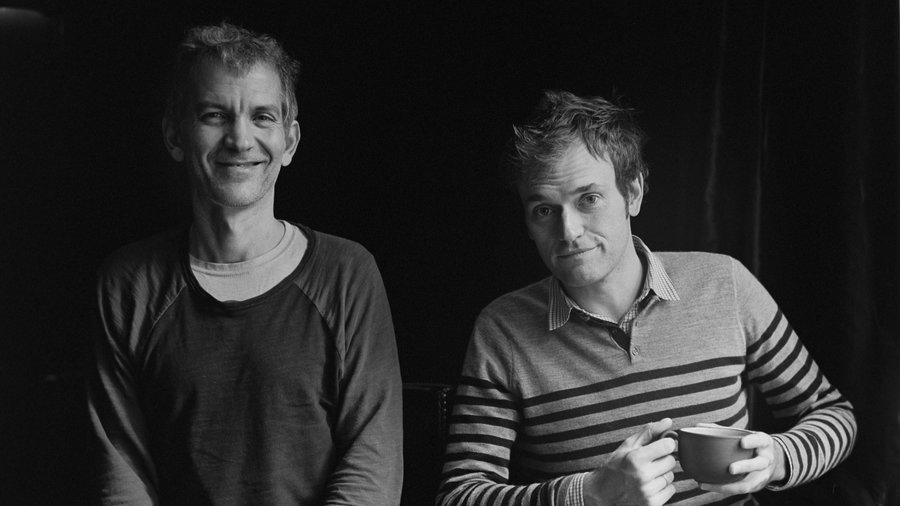 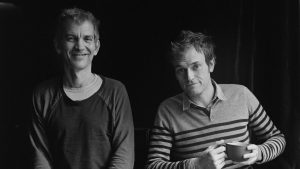 I’ve made it a guiding principle of this blog to focus on music I love. Hence, you only know the jolly, positive, coddling Jeff.
Alas, there’s an alter ego lurking in the nether depths of my Critic’s Psyche: the censorious, condemnatory, disparaging, judgmental Jeff, the one those near and dear to me have the misfortune of suffering through. 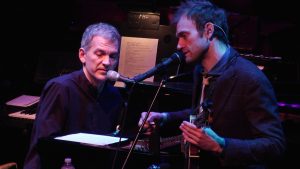 Chris Thile (b. 1981) and Brad Mehldau (b. 1970) just released a double CD. I have great admiration for the former, the preeminent jazz pianist around today; immense respect for the latter, a certified MacArthur wunderkind. But I find it a mediocre disk, even boring. I’ve listened to it maybe 25 times in the last two weeks, and most of it still just wafts past my ears.

Perhaps it’s something in the sound of the mandolin. Say what you want, it sounds to me like a toy guitar from the Ozarks, no matter how brilliant the notes are.

Perhaps it’s the fact that Mehldau tends to disappear in collaboration, displaying excessive modesty when he should be leading the band.
That’s why I always prefer listening to him solo. Nowhere to hide, Brad – it’s all painfully vulnerable, exposed, grave and seriously profound, whether he’s playing Bach or Radiohead.

However, there are two cuts on the album that made my head spin. Both are covers of great songs by great artists. And in one way or another, both improve on the original. 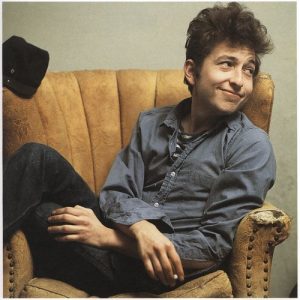 I don’t say that lightly. The very idea of someone improving on Dylan’s treatment of his own song is fundamentally questionable. “No one sings Dylan like Dylan.” In one of our first SoTWs we wrote about exactly such a case—Fairport Convention singing ‘I’ll Keep It with Mine’. But there, if you’ll pardon the hairsplitting, it’s more Dylan’s fault than Sandy Denny’s achievement. He wrote a gentle, intriguing song and shouted it out, banging on the piano. Fairport just laid back and gave it a suitable, straightforward reading.

Not so with ‘Don’t Think Twice, It’s Alright’, one of Dylan’s first ‘hits’ (popularized by the fine Peter, Paul and Mary cover from late 1963, half a year after the release of “Freewheelin’”). Dylan “borrowed” a lot of the song from fellow folkie Paul Clayton’s ‘Who’s Gonna Buy You Ribbons’, but the scathing, caustic dismissal of the girl (in retrospect, of course) and the relationship they did/didn’t have is all Dylan aged 22 par excellence. Dylan raised snide, furious, finger-pointing name-calling to a Nobel Prize-level art form.

Dylan’s ‘Don’t Think Twice’ is ironic. He doesn’t mean that she shouldn’t think twice. He’s beating her up verbally, machine-gunning her with his esprits de l’escalier, getting in all the last punches beneath the belt after the bell has rung. It’s all condescension and self-righteousness. He means that he’s going to leave her with a pummeling that will make her regret losing the wonderful Him 10,000 times a day while she’s recuperating. 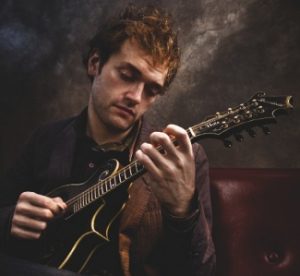 Chris Thile tells a very different story. It’s all insouciance, nonchalance, cool. What we adults call indifference. There’s no recrimination, no great regrets, because, really, who cares? Who needs a real relationship? Who wants commitment? We were together, it’s getting messy, I’m out of here before I get anything sticky on me.

When Dylan sings “I gave her my heart by she wanted my soul”, he’s accusing her of predatory rapaciousness.
When Thile sings it, with a wonderfully expressive squeal, he’s saying ‘Hey, she tried to scratch my Teflon, man! I’m out of here!’

Now, the question is whether the song holds the potential for both readings. Admittedly, Chris has the distinct advantage of coming from a generation that doesn’t give a fuck about anything.

Want to hear my opinion? I have a lot of respect for Chris’s reading. Dylan’s is a perfect example of why I admire him so much and have no affection for him. He’s really quite obnoxious in his self-righteousness. Chris? He may be as uncommitted as a jellyfish, but at least there are no pretentions about it. 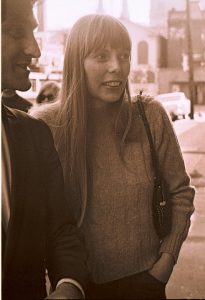 I’ve written a series of postings about Joni’s early albums: ‘Cactus Tree’ from the first album; ‘I Don’t Know Where I Stand’ from the second; ‘For Free’ and ‘Woodstock’ from the third; ‘Blue’ and ‘River’ from the fourth. Someday I’ll get to the enigmatic, elusive ‘For the Roses’.

The first album occupies a place in my heart for a number of reasons, as I wrote in SoTW 106: She was unknown, she was mine. It was the first collaboration of David Crosby (producer) and Stephen Stills (bass), a harbinger of things to come. It was the music she was singing when I met her in Nashville in 1969 with Bob Dylan on the Johnny Cash show.

It’s a groundbreaking album. Together with Laura Nyro (who released her first album in February, 1967, and her masterpiece “Eli & the 13th Confession” the same month as Joni’s first, March 1968) they gave a new voice to the nascent new womanhood.

But most of all, it’s just a very fine album. Every song on Joni’s first album is a perfectly crafted gem of a vignette from her first taste of independence as a newly liberated woman, Greenwich Village.

I sat up straight and smiled broadly when I first heard Chris Thile’s ‘Marcie’. It was for me an utterly refreshing look at an old friend. It’s a fine example of the justification for covers, shining new light on great music. Not a revelation, perhaps, but certainly a revealing of truths I had previously not seen. 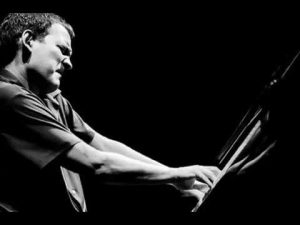 If ‘Don’t Think Twice’ is all about Thile’s plinky mandolin, here it’s Brad’s elegant, legato accompaniment that carries the arrangement. Even Thile’s vocal is serving the tone set by Brad.

Thile/Mehldau’s reading isn’t so different from the original. It’s the same girl with the same predicament – living her life, but thinking only of the man not calling. But it does shed light some of the limitations of Joni’s music. That’s not a criticism – Joni’s reading is full, convincing, unassailable, memorable. But you’ve always got the road not taken – every choice you make means passing on the alternative, never to be explored. At least until someone comes along and covers your song.

Chris’s treatment is so much more intimate, fraught with so much empathy. In contrast, Joni sounds removed, distant. As painfully confessional as Joni is at her best, the exposure is in the lyrics. Her carefully controlled tremelo sounds just a little standoffish in comparison with Chris’s candor. She is here at her most precious –just a little too delicate, too refined. She’s presenting a finely crafted portrait. Chris is lamenting the predicament of a Marcie he feels for.

Still, he’s singing Joni’s song. It’s the difference between a creative artist and a performing artist. You gotta give the nod to creator. You just got to.

You don’t need “Chris Thile/Brad Mehldau” to justify the standing of Bob Dylan or Joni Mitchell. People will be singing their praises and their songs “somewhere ages and ages hence”. But they are not the end of even their own story. They’ve given us – and Brad and Chris – a legacy to explore, to build on, and maybe even here and there to serve as an inspiration for genuine and new readings that amplify and enhance the originals.