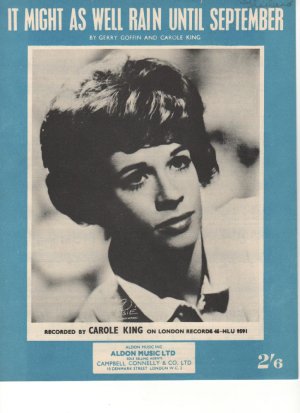 Quiz: What do these three songs have in common? 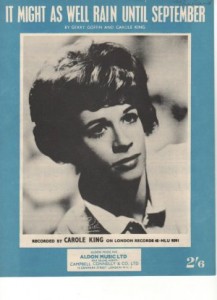 The 1950s didn’t end on December 31st, 1959 (a day on which absolutely nothing of note occurred other than a few really hip swingers celebrating the decade shift by dancing the cha-cha-cha), nor did the 1960s begin the next day (although Cameroon did gain its independence and Johnny Cash played his first free concert in a prison). I know. I was there (not in San Quentin; just, you know, ‘around’), albeit a wee ‘un. But I can testify that in 1961 and 1962 and even 1963, there were still plenty of 1950s around.

All I had to do was turn on WSAI, Cincinnati’s leading Hit Parade station, which informed my cultural landscape even more than Dobie Gillis, Alfred E. Newman, or the NL-champion Reds.  Return with us now to those thrilling days of yesteryear as the Top 40 rides again!

The Top 40 was of course the dominant radio format of the 1950s–1980s. In later years it was the classic broadcast format, but it actually defined the early days of rock and roll, and thereby us babyboomers. George Lucas made the definitive nostalgic recreation of the era in 1973’s “American Graffiti”, a reconstruction as telling as clips of American Bandstand. 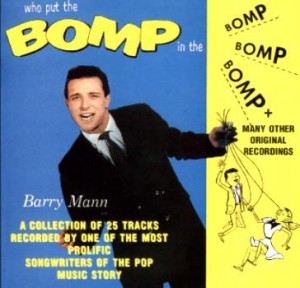 The music of the Top 40 was a wider mix than we tend to remember. #1 hits from 1959-61 included ‘The Chipmunk Song’ (David Seville), ‘The Battle of New Orleans’ (Johnny Horton), ‘Mack the Knife’ (Bobby Darin), ‘Theme from A Summer Place’ (Percy Faith), ‘Mr Custer’ (Larry Verne), ‘Wonderland by Night’ (Bert Kaempfert), ‘Calcutta’ (Lawrence Welk), ‘Wooden Heart’ (Joe Dowell), none of which are even remotely related to ‘rock & roll’.

But the meat and potatoes of The Day was Brill Building-style hits, assembly-line products written by married-couple pairs of Jews (Ellie Greenwich and Jeff Barry, Barry Mann and Cynthia Weil, Gerry Goffin and Carole King); just-good-friends pairs of Jews (Burt Bacharach and Hal David, Jerry Leiber and Mike Stoller, Doc Pomus and Mort Shuman, Neil Sedaka and Howard Greenfield); famous individual Jews (Phil Spector, Neil Diamond, Paul Simon), and lesser-known Jewish luminaries – Bert Berns (‘Twist and Shout’, ‘Piece of My Heart’), Artie Kornfield (‘Up, Up and Away’, the brains behind the Woodstock festival and movie), Shadow Morton (‘Remember [Walking In The Sand]’, ‘Leader of the Pack’). 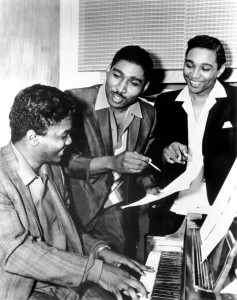 Meanwhile, back in Detroit, Berry Gordy was demonstrating how members of the Negro (that was the PC term of the day) persuasion could put together a writing/producing/recording hit factory. From 1961 to 1971, Motown had 110 Top Ten hits, most of which were written and produced by Holland-Dozier-Holland, i.e., Lamont Dozier and brothers Brian and Eddie Holland. Motown’s house band, later labeled The Funk Brothers, played on more #1 hits than the Beach Boys, the Rolling Stones, Elvis Presley, and the Beatles combined.

If you’ve been paying attention, you’ve cracked our quiz. Eddie Holland, Barry Mann, and Carole King were young factory-line songwriters from the early 1960s who got just a little envious of the acned stars grabbing their goodies, and tried recording themselves. Unsuccessfully. Raving flops, all three. Listen to the sound of no one applauding. All three eventually became trillionaires from their royalties, but I’ll betcha their failures as recording artists (well at least for the guys) still rankle. 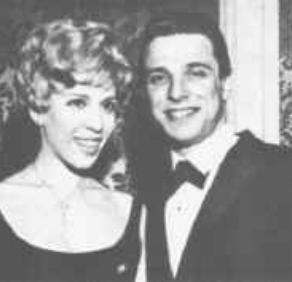 Barry Mann not only wrote ‘He’s Sure the Boy I Love’ and ‘Uptown’ (The Crystals), ‘Hungry’ and ‘Kicks’ (Paul Revere & the Raiders), ‘I’m Gonna Be Strong’ and ‘Looking Through the Eyes of Love’ (Gene Pitney), ‘(Walking) In the Rain’ (The Ronettes), ‘It’s Getting Better’ (Cass Elliot), ‘Just a Little Lovin’ [Early in the Morning]’ (Dusty Springfield), ‘On Broadway’ and ‘Saturday Night at the Movies’  (The Drifters), ‘Only in America’ (Jay and the Americans), and ‘We Gotta Get out of This Place’ (The Animals). He also wrote the most-played single of all time (‘You’ve Lost That Loving Feeling’ with Phil Spector), and is still married to his lyricist Cynthia Weil after all these years. Two very remarkable achievements, indeed.

And Carole King. Born Carol Klein in 1942, she was the muse for Neil Sedaka’s ‘Oh! Carol’. In college she was good buddies with Paul Simon. At 18, just a little pregnant, she married Gerry Goffin. In addition to two daughters, together they produced: 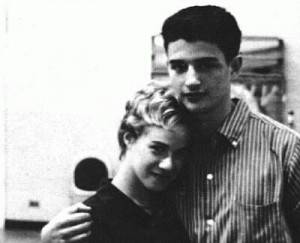 King and Goffin divorced in 1968 (in the beginning she consulted him about the music she was writing, but she eventually lost touch with him “because of his declining mental health and the effect it had on their children.”)

She formed a band called The City with Danny Kortchmar and Jim Gordon, which made one pretty lousy album (“Now That Everything’s Been Said”), even though it included the original versions of BS&T’s ‘Hi-De-Ho (That Old Sweet Roll)’ and The Byrds’ theme song from the movie “Easy Rider”, ‘Wasn’t Born to Follow’. In 1970 she made her first solo album, “Writer”, which contained the fine ‘Going Back’ (The Byrds) and the classic ‘Up on the Roof’ and studio support from James Taylor. But alas, it also flopped.

Undaunted, in 1971, she recorded an album of new songs such as ‘I Feel the Earth Move’, ‘So Far Away’, ‘It’s Too Late’, ‘You’ve Got a Friend’ (written for and about James Taylor), and her oldies but greaties ‘Will You Still Love Me Tomorrow’ and ‘Natural Woman’. The rest, as they say, is history. But you and I know that history actually started ten years earlier with her first recording, our nostalgic Song of The Week, ‘It Might as Well Rain Until September’.

028: Smokey Robinson & The Miracles, ‘The Tracks of My Tears’