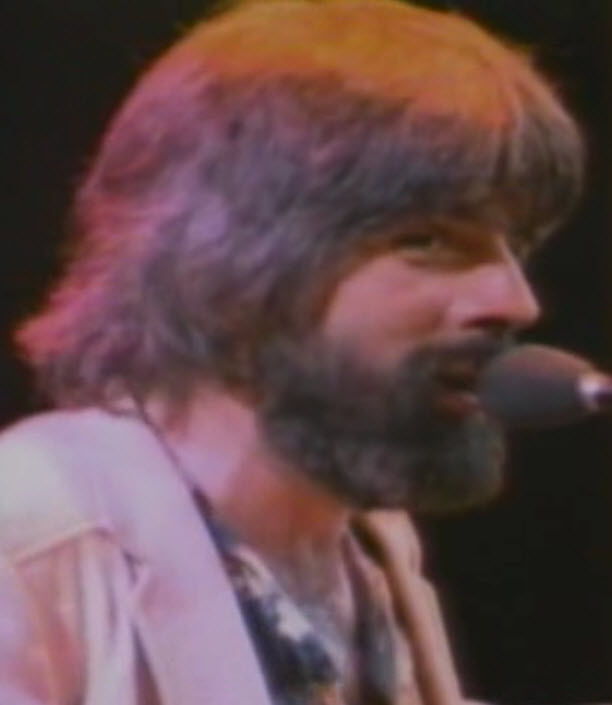 ‘What a Fool Believes’, Neri Per Caso 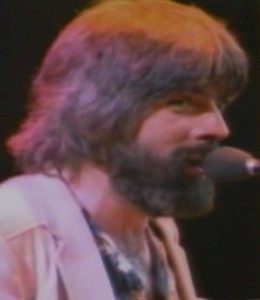 I missed the 1970s. Musically, that is. While John Travolta was working up a Saturday night fever, I was building a new life in an obscure little Bolshevik Country Without Music, on the other side of the world from everything, where good radio meant The Tremeloes and Tom Jones. I pretty much missed Heavy Metal (an unmitigated blessing), Disco (a shame, but I shall survive), and Funk (the sacrifices one makes for one’s ideals). I did manage to smuggle across the border the Paul Simon, James Taylor, Joni Mitchell albums of those years, because they were worth risking one’s wellbeing for. I’ve gone back and done my homework on the important voices of the 70s, but the Billy Joels, Elton Johns, Bruce Springsteens, Mark Knopflers and even Stevie Wonders are not as deeply hardwired into my psyche as many minor luminaries of the preceding two decades. 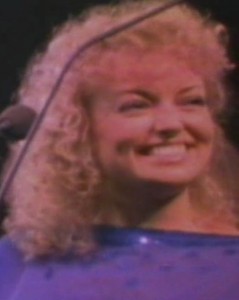 That’s a long-winded way of saying that The Doobie Brothers look pretty funny to me, with their sleeveless leopard-skin t-shirts. But they sound just fine. I missed them first time around, but have tried to do my homework. From 1971 to 1976 they had an impressive string of hits (‘Listen to the Music’, ‘Rockin’ Down the Highway’, ‘Long Train Running’, ‘Taking It to the Streets’), but those aren’t what I’m here to talk about. They’re roadhouse boogie/hippie-dippy fine, no objections there. But there’s one song of theirs in which they surpass themselves, a song which has given me a ridiculous amount of pleasure for these many years.

In 1976, Michael McDonald joined the band, having graduated from Steely Dan. Mr. McDonald is one of those singers whose chops are the most highly evolved organ above his shoulders.  He’s no intellectual heavyweight, no great songwriter. But, my! that boy can sing! Some of my best friends are tenors, but let’s face it, they’re not known as a group for their manliness. They’re pretty wimpy types, on the whole. Michael McDonald is an exception–a really virile, muscular, sexy tenor. This guy can get away with wearing an Aloha shirt under a white suit with flared pants! That degree of cool still holds, 40something years later. How someone can sing so high and so strong is just beyond me. But it sure is fine. And nowhere finer than on ‘What a Fool Believes’. 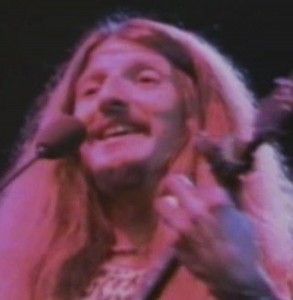 MM wrote the song together with Kenny Loggins (of Loggins and Messina), another simpy, country-rock pretty face from 1970s California, and they won the 1980 Grammy for Song of the Year! If you really need to hear Loggins and MM ruining their terrific song, you can listen to it here, but I recommend passing on the dubious pleasure.

The song describes an intriguing situation–not usually covered in pop songs, but admirably specific, and painfully true for many of us guys. He’s carried a torch for her for so many years that he’s invented a shared history. He tries to talk to her, and she’s polite, although she has no idea what he’s talking about. But his imagined memory is immune to reality. That never happened to me, but some friends of mine have attested that it’s a hard-wired bug in the male genome.

He came from somewhere back in her long ago
The sentimental fool don’t see, trying hard to recreate
What had yet to be created – once in her life
She mustered a smile for his nostalgic tale,
Never coming near what he wanted to say,
Only to realize it never really was.
She had a place in his life; he never made her think twice.
As she rises to her apology, anybody else would surely know– he’s watching her go…
But what a fool believes, he sees.
No wise man has the power to reason away
What seems to be is always better than nothing–
And nothing at all keeps sending him
Somewhere back in her long ago
Where he can still believe there’s a place in her life
Someday, somewhere, she will return.

Technically, the lyrics are pretty rough. Cole Porter need not feel threatened. The melody, at least of the verse, is about as catchy as a Stravinsky line. But it’s got a hall-of-fame hook, and a great beat, I always dance to it, and I’ll always give it a 100. The song really isn’t even good. But it’s great.

The original recording is fine enough. But it’s this performance that gets me, from the film of the early Greenie benefit concert “No Nukes” from 1979, including Bonnie Raitt, Crosby, Stills & Nash, Mr James Taylor and Mrs Carly Simon, Jackson Browne, Jesse Colin Young, and Bruce Springsteen, with lots of fun music in it. But the one you take home is ‘What a Fool Believes‘. I’m embarrassed to tell you how often I’ve watched the video of this performance. It engages me, bounces me, makes me grin. Every single time.

The hopeless happiness of it all, the pure enjoyment of the participants. The sappy grin on the face of lead guitarist Patrick Simmons. The come-on smiles the wonderful backup singer Rosemary Butler keeps giving MM. The equally laden ‘Oh, I really am cool and hot and couldn’t be enjoying myself more’ look Michael McDonald returns at 3’28”. The mind-boggling, rhythmically illogical, off-the-beat smash of the cymbal on ‘Anybody else would sure-LY know’. The intertwining lines, the right hand of the piano, the left hand of the piano, the loopy little calliope adornment, the bass line, all six percussionists – every one perfectly enmeshing to form a tapestry of fun-k. 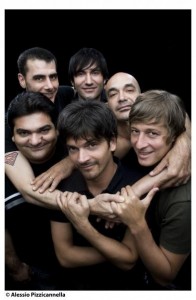 There’s a great a cappella version of this song by a very cool 6- voice Italian vocal group (what is about this song that enables people to surpass their talent?), Neri Per Caso, which means ‘black by chance’. Well, they don’t sound very black here, but they sure do sound good. Guest lead vocalist (the low growl) is one Mario Biondi. This cut goes a long way to explaining why I find contemporary a cappella so riveting when it’s at its best. It’s faithful to the original. In a way, it’s more faithful to the original than the original is. It distills the music. It extracts the music from all the irrelevancies of the instrumental context. Listen to the interweaving lines. To the harmonies. To the fun. To the magic. This 2008 Italian a cappella version is also magic, just like the “No Nukes” version from 1979. But different.

Who cares? They’re both magic. I guess there was enough of it back in those 1970s to have some left over, to still enchant us today.