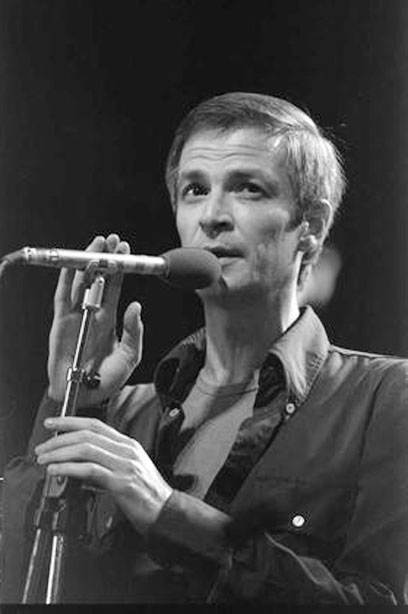 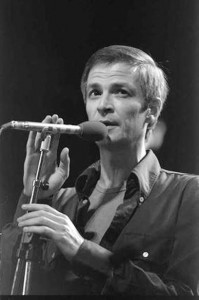 Arik Einstein, Israel’s leading artist, died six years ago this week. It’s impossible to talk about Arik Einstein as merely a singer, or as a catalyst of musical projects. Arik is too integral in the fabric of Israel to talk about him without talking about our brand-new little old-fashioned country with its oh-so-long history, its giant heart, its pain, its optimism, its cynicism, its blundering provinciality and its astounding sophistication, its utter belief in itself and its vehement denial of that belief.

Arik Einstein didn’t just reflect that well of complexities and complexes, he was an organic part of it. 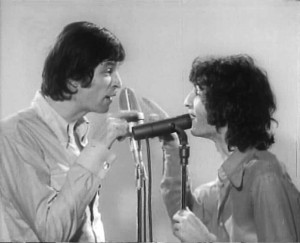 Israel and the Jewish People: David established the Israelite kingdom about 1000 BC. Most of the Bible was composed in his world. By the time of Jesus, Israelites practiced Judaism as a religion. By 200 AD, most of Jewish life was mostly in the Diaspora. For 1600 years, Jews wandered from exile to exile, from persecution to persecution, living on the margins of host societies by rejection and/or by choice. With the rise of Socialist Nationalism in the second half of the 19th century, Zionism was founded as a political movement. Jews trickled back into the malaria-ridden wasteland that was Palestine. Hebrew was rejuvenated as a living language. Then Hitler came to power.

When Arik Einstein was born in Tel Aviv in 1939, the city was 30 years old. The Jewish population of Palestine was little more than half a million, perhaps a tenth of whom were native born. A handful of refugees on a pile of sand in the middle of a sea of enemies and a language they’d just reinvented, struggling to build a country with their bare hands while six million of their mothers and fathers and brothers and sisters were being murdered in the Old Country. Israel is the only country in the world with a national anthem in a minor key. 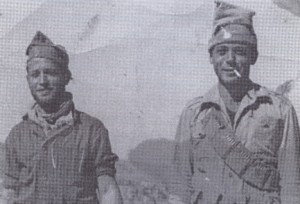 Arik’s father was an actor in the first native-born theatrical troupe. Arik was a passionate athlete (high jump, shot put), joined the army at 18 and served for three years in the Nachal Entertainment Troupe, the elite of Israel’s nascent cultural scene. In 1959 he joined The Yarkon Bridge Trio (Gesher HaYarkon). This clip gives you a great picture of where Israeli pop culture was at the time.  Then in 1966, he formed  The High Windows (HaHalonot HaGvohim) with the mad, gifted Shmulik Kraus and his American wife Josie Katz, providing Israel’s first peek out into the music of the world.  It wasn’t “Revolver”, and the texts ranged from bland to Biblical to militaristic, but drums had replaced the accordion.

Then came the 1967 Six Day War, and Israel’s overnight transmogrification into a member of the big world. In 1970 he made the album and film “Shablul” (‘snail’–in Israel connoting not slowness but reclusiveness) with young pal Shalom Hanoch, a quantum leap from the collective into the personal. Here’s ‘Lama Li Lekachat LeLev’ (‘Why should I take it to heart?’), in which you see Arik’s fully-bloomed baritone, his cool, his reserve, the twinkle in his eye. Here’s ‘Avshalom’, perhaps about David’s errant son (10th century BC), perhaps about the Palestinian Jewish spy for the British against the Ottomans Avshalom Feinberg (19th century AD). In any case, it includes the prayer for peace, “Why doesn’t it come now, what will surely come tomorrow?” 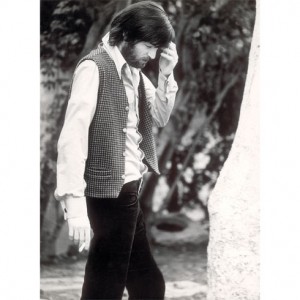 Did Arik really think political or utopian peace was imminent? I doubt it. Cynical optimism, that was Arik. And that was, and still is, all of us.

In 1970, I was already in Israel, a refugee from Nixon’s America. ‘Avshalom’ was the first Hebrew song I learned. My natural musical roots were ‘Twist and Shout’. I guess they still are. But like my grandfather, I chose to transplant myself to what I believed would be a better life, at the cost of being an eternal immigrant. Still today, after 49 years here, 20 years of combat reserve duty, 20 successful plays written in Hebrew, Israelis still sometimes mock my accent. 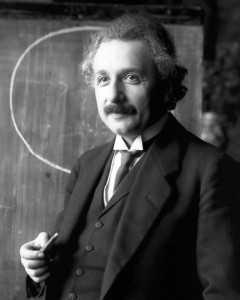 In 1973 Arik recorded the first of four volumes of “Songs of Good Old Israel”, songs either written in the pre-state era, or new songs that should have been–an invented nostalgia. These were often Palmach songs, arising from the ethos of that first fighting force, the New Israel, the Tzabar with the (later called Kennedy-esque) shock of hair and shy smile and casual heroism, that New Jew who was fighting to take the destiny of his persecuted people into his own hands.

Arik was the coolest, biggest star in Israel in 1973 (and remained so until his death this week). Try to imagine Frank Sinatra sincerely singing an album of cowboy songs. That just doesn’t work. Perhaps the closest parallel would be Bruce Springsteen singing Woody Guthrie’s ‘This Land is Your Land’. But Bruce (and Woody) were positing a world view. How many Americans had actually seen California and Staten Island and the Redwood Forest and the Gulf stream waters, let alone felt that they were his? Arik’s songs were building blocks in the very foundation of our world.

One of my favorite songs from that album is ‘Ruach Stav’, ‘Autumn Breeze’. Here are two lovely video versions, one from the time it was recorded, the other about 15 years later. The caption at the beginning of the earlier version says, “The audience is invited to join in singing.” 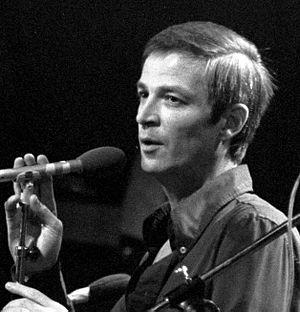 Don’t be ashamed, be sad.
Don’t be sorry if you’re sorry.
It’s that kind of season, pal.
It’s just the Fall, and it passes.

Walk alone at night in the city,
Look for a star up above,
It’s okay, it’s okay for a young guy
To be a little sad in the Fall.

It’s the Fall, with a cloud,
With a whimpering wind,
And if you’re just a little cynical,
Still, there is a twinge in your heart.

Here, in this kind of atmosphere,
You don’t say to a girl,
“Hey, cutie, c’mere and dance,”
But “Look, it’s a Fall night”

You laugh, “Nonsense.”
Excited? “Of course not.”
So why did you send her
A bouquet of fall flowers?

A tear? Don’t blush,
It won’t cause any harm.
Just say, “It’s rain, nothing more.”
But we both know…

It’s the Fall, with a cloud,
With a whimpering wind,
And if you’re just a little cynical,
Still there is a twinge in your heart.

Arik went on to record almost 40 albums. He rarely performed, because he just simply preferred staying at home. He wrote few songs himself. His modus operandi was to collaborate with talented young musicians, use their music with texts from the classical Israeli poets of the 1930s and 1940s and 1950s, and to croon them in his warm, sincere, honest, cynically optimistic baritone.

You know, there really is no Autumn in Israel. We’re pretty much a two-season climate. But with all our would-be hedonism, with all our pretending to be normal and happy, we have the Autumn blues all year long.