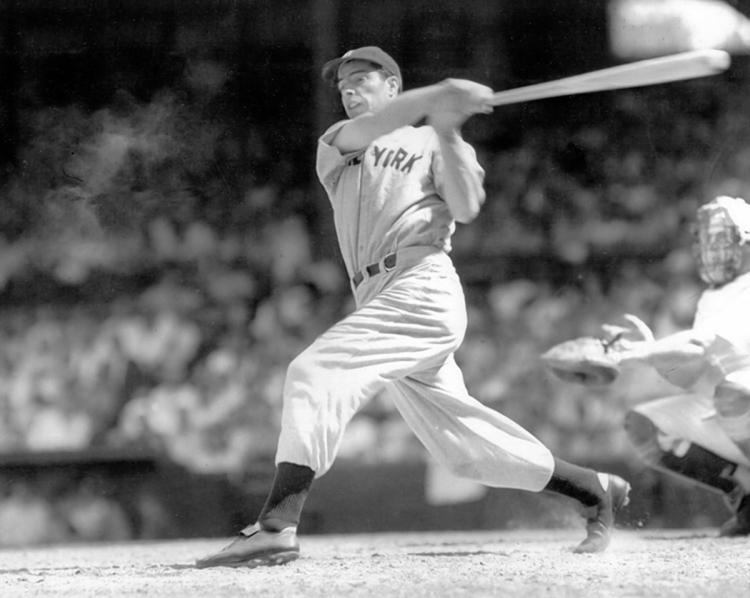 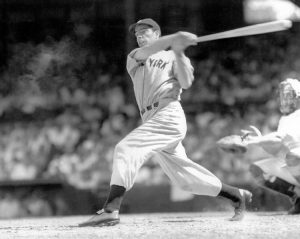 A while back, my 42-voice rock choir, Vocalocity, was charged with tackling a great slow funk arrangement of ‘Mrs Robinson’ by Ed Randell, the very funky bass of The Swingles. They’re a serious group – they sit and squirm quietly while I explain the lyrics. They all know the song, but haven’t the faintest about its context. It’s not their fault, I keep reminding myself, they’re millenials. 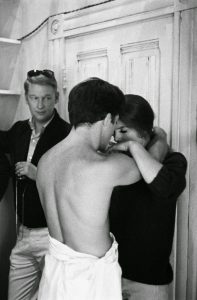 If you’ve ever thought about the structure of a pop song—it ain’t nothing like that.
And the music. It’s all rootless and shifting and discomfiting. So I went to my Genius-in-Residence, OG, and asked him to explain the song to me. I remember him saying “It’s in the Mixolydian mode.” Then there was something about the chorus being in A but ending on F#, because the tonic makes its way down by fifths to B, then E, then A. But I was snoring deeply by then.

And the lyrics? Paul Simon was the guy you’d bring into your high school English class to show the teacher that M-M-M-My Generation could write poetry. To tell the truth, the three verses are pretty choppy and unfocused. No one remembers them.

Where did the song come from? Well, S&G were flying high on the coattails of ‘Sounds of Silence’ and ‘Parsley, Sage, Rosemary and Thyme’. They were a little intellectual but yet accessible, seriously fun, the perfect meld of sweet folk with a dash of rock edginess. They were playing in the big leagues, right up there with The Beatles and Dylan. 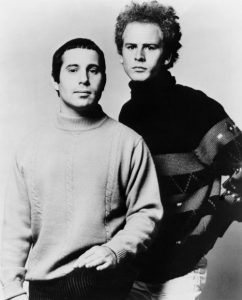 Mike Nichols caught the S&G bug while he was filming “The Graduate”, a coming-of-age story about (just in case you grew up on Mars) a disaffected and confused college graduate seduced into a summer affair by his father’s partner’s wife, Mrs Robinson. Some went so far as to say it was the story of a Jewish kid with gentile parents.

Nichols (b. Mikhail Igor Peschkowsky, fleeing Nazi Germany at seven with his three year-old brother) first made a name in the improvisational comedy duo Nichols and (Elaine) May, followed by success as a director on Broadway. “The Graduate” was his second Hollywood movie, following Burton/Taylor in “Who’s Afraid of Virginia Woolf”.

Hollywood in 1967 was very much the provenance of white boxer shorts Republican America. You had your “Beach Blanket Bingo” teen exploitation movies. If you had an art theater in town you might catch an underground indie flick like “You’re a Big Boy Now” or the Maysles brothers or John Cassavetes. But the burgeoning counter-culture was off-limits.

So easy on the ear (and brain) were S&G that The Suits bought Mike Nichols the rights to three new Simon songs for his movie. Paul came up with ‘Punky’s Dilemma’ and ‘Overs’, but neither of them fit the bill.  “What about that thing you were working on about Mrs Roosevelt?” Garfunkel asked. “Huh??” said Nichols. Simon played a scrap, Nichols said, “The song is now called ‘Mrs Robinson’, go finish it.” 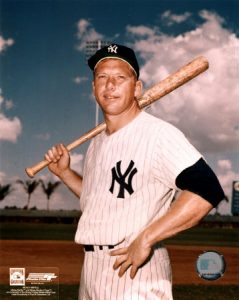 The song was only released three months after the movie, and went to #1.

The song is today inextricably entwined with the movie in the minds of everyone familiar with the era. Together, they gave the most perfect expression to the youth revolution sweeping the US and the world. “Plastics.” Nouveau riche-ness. Hypocrisy. The Establishment and The Meaning(lessness) of Life. Initiation into the delicious, irresistible sins of the flesh. Convention and the deconstruction thereof.

But what the hell does the song mean?

It’s clearly excoriating Mrs Robinson, censuring her and reproving her in a way the film doesn’t. Anne Bancroft’s Mrs R is desperate and dislikable, but we’re never far from pitying her. The lyrics of the song, prima facie, have little to do with her. She doesn’t pray, has no spiritual pretentions whatsoever. She couldn’t care less about politics, and she no more belongs in an asylum than any other of the adults in the movie.

But then there’s that last verse, the DiMaggio one. Simon has mythicized America successfully elsewhere – in ‘America’ (from the “Bookends” album which was being composed at the time of “The Graduate”) and in ‘American Tune’ (several years later). [Speaking of which, here’s another fine Ed Randell arrangement for The Swingles.] In the former, he speaks in the voice of a diminutive, lost individual juxtaposed against the vastness of the country. In the latter, he attempts to don the mantle of a spokesman for The American People. With music by Johnny Bach, it borders on the pretentious. I’ll let you decide if it crosses the line. 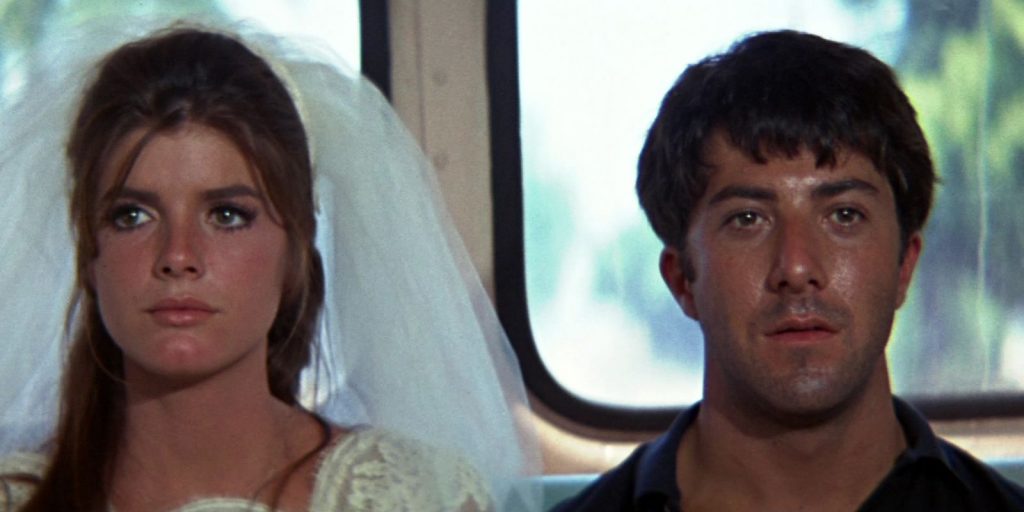 Speaking of mantles, Paul Simon is a well-known fan of the New York Yankees baseball team. Simon (b. 1941) grew up idolizing Yankee icon Mickey Mantle (played 1951-1968), as did I.  Mantle was portrayed as a sort of John F. Kennedy – copiously gifted, plagued by injuries, his talent struggling to perform in a pain-wracked body; while in reality, he was a dissolute farmboy. Nonetheless, he was The Golden Boy of the 1950s/early 60s.  In his rookie year of 1951, Mantle replaced the great Joe DiMaggio (1936-1951) in centerfield, a truly mythic passing of – sorry, but that’s the word, folks – the mantle. 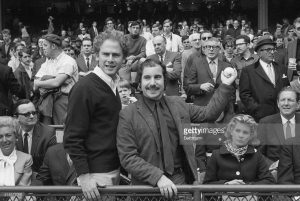 Joe DiMaggio began his major league career the year after Babe Ruth retired, and played alongside Lou Gehrig for four years. That alone gave him mythic stature, a flesh-and-bone hero who had stood with the ancients and was replaced by a man who retired the year Neil Armstrong walked on the moon.

But Joe DiMaggio was so much more. He bedded Marylin Monroe and hit in 56 straight games. He was the very essence of grace and dignity, a paragon of the nobility of restraint. Joe wasn’t taciturn. He had no more need to speak than does a mountain. Or a god.

Yet it was Mantle that Paul Simon grew up idolizing. Mantle asked Paul why he wasn’t mentioned in the song instead of DiMaggio. Simon replied, “It’s about syllables, Mick. It’s about how many beats there are.” And in Simon’s obituary for DiMaggio in the New York Times, he recounts his conversation with Joe about the song (“The only subject we had in common.) DiMaggio complained that he hadn’t gone away, he was still active. “I said that I didn’t mean the lines literally, that I thought of him as an American hero and that genuine heroes were in short supply.”)

Well, literal or not, a Jewish kid from Queens standing in centerfield at Yankee Stadium, singing a pop song that has the depth and power of an ageless hymn – that’s mortals mixing with the gods, a page out of the book of Genesis or the Iliad. You watch Simon singing his paean to a true hero, the Yankee Clipper himself, and then you look at an Alex Rodriguez demeaning those same pinstripes. Ah, what’s become of the world? Where have you gone, Joe DiMaggio? A nation turns its lonely eyes to you.

Longing for that time when the world valued morality, when the world made sense. How should I explain that to the millenials in my band? They’re so far removed from the 1950s (and everything that went before) that I might as well be speaking Akkadian. I guess you just had to be there.