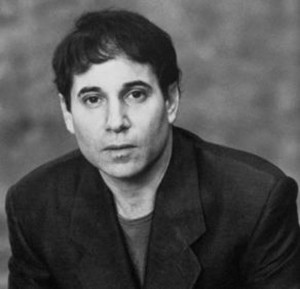 “Hearts and Bones” (1983) was Paul Simon’s fifth solo album, following three consecutive hit albums and a mediocre success (“One Trick Pony”, #12, buoyed by the hit ‘Late in the Evening’), and preceding a megasuccess (“Graceland”). “Hearts and Bones” reached #35 on the charts, left little impression on the listening public, and discouraged Simon to the point that he thought his creative juices had dried up.

The album has since grown in prestige, at least among critics. That it was a commercial failure is almost enough to make me esteem it above its populist/popular younger brother, “Graceland”. But it’s not that, really. 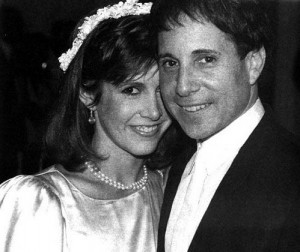 I’ve been listening loyally, hundreds of times each, to every Paul Simon release since the beginning, since ‘Sounds of Silence’ unwittingly invented Folk Rock. I interviewed him in the spring of 1967, when ‘Homeward Bound’ and ‘I am a Rock’ were big hits (ouch). Jewfros weren’t so common back then. “Hey, Art, this guy looks like you,” said Paul. I was 18, and it was a moment of glory.

But my admiration for “Hearts and Bones” isn’t for its underdoggedness, or from my knee-jerk snobbery. It’s that good. I don’t want to argue about why I think “Graceland” isn’t such a great album. We come to praise Paul, not to trash him. “H&B” the album, and especially the song, are works of rare beauty – consummately crafted and emotionally searing. They are the pinnacle of Simon’s pantheon corpus, scaling heights rarely achieved in popular music in our times. 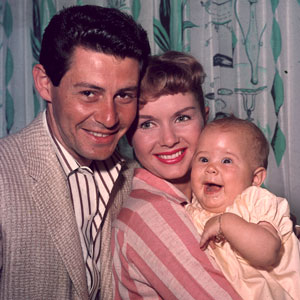 It’s as beautifully produced a song as Simon has ever made. Production is one of Paul Simon’s overlooked talents—the aural palette, the sonic composite. One of Simon and Garfunkel’s unappreciated gifts was for painting beautiful sound pictures (together with engineer/producer Roy Halee, who also recorded ‘Like a Rolling Stone’). Listen to “Bookends” or “Bridge Over Troubled Waters” with headphones (as I’ve done three or four bejillion times). The beauty of the texture, layer over layer under layer of weavings and surprises and nuances and tapestries. Beauty for the ears.

My understanding is that although Simon was of course the creative artist in the mix, he and Garfunkel and Halee were equal partners in the studio. Simon’s first four solo albums were made under the tutelage of Phil Ramone. They evolved soundwise from the bare-boned acoustic first album (but, oh, what compositional wonders Paul can create with two or three acoustic guitars! and a modest rhythm section) through the band-based “Rhyming Simon” to the “Bridge”-like broadly canvassed “Still Crazy”, then stepping back into a live club sound for “Pony”. “H&B” reunites Simon with Halee. 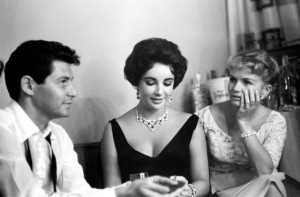 Technically, the song ‘Hearts and Bones’ is rather unassuming. A very simple AABA structure, mostly in 4/4 time, except at the start of the second sentence in each verse (“On the last leg”, “These events” “Easy time”) where he adds two beats and simultaneously shifts the accent from the backbeat to stressing each beat (ᴗ/ᴗ/, ᴗ/ᴗ/, // ᴗ/ᴗ/), creating a momentary reverse movement. Note that we don’t have the bass drum guiding us through that section, enabling the fluid shift.

The instrumentation employed is standard Simon. The first verse is based on two (three?) acoustic guitars, one heavily strummed Everly-style to provide the rhythmic counterpart to the pattering hand drum. Two or three background voices and a strange little creak which becomes rhythmic provide the ambient colorings, followed later in the first verse by some touches of electric guitars, a Fender Rhodes filler, and a marimba for good measure–all backing Paul’s unadorned, very naked voice. 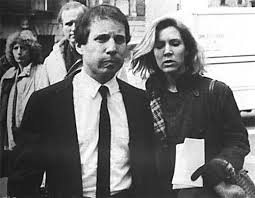 Most people who talk about the song like to address the autobiographical elements. The memorable opening line, “One and one-half wandering Jews” according to even Simon himself, refers to him and his soon-to-be wife Carrie Fisher, Princess Leia of “Star Wars”, the author and subject of “Postcards from the Edge”.

Carrie’s father was Eddie Fisher, son of Jewish immigrants, a pre-rock teen idol, with 35 Top 40 singles in the early 1950’s. Confession: his song ‘Around the World’ (theme song from the Oscar-winning film “Around the World in 80 Days”, produced by Fisher’s best friend Mike Todd) was the first record I ever bought. 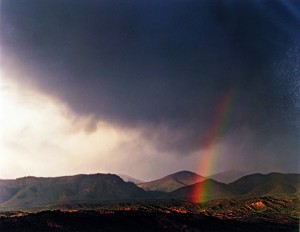 Carrie’s mother was Debbie Reynolds, an über-shicksa (raised a strict Evangelical), a peach-cheeked (“Isn’t she adorable?”) actress-singer. They married in 1955, America’s most beloved couple (except for a few spoilsport old Jewish relatives of Eddie). In 1956 Eddie and Debbie co-starred in the musical comedy “Bundle of Joy”. In 1957 she starred in “Tammy and the Bachelor” and had a #1 hit with ‘Tammy’. In 1958, Mike Todd died in a plane crash. In 1959, Eddie began consoling his widow, one Elizabeth Taylor, in the biggest Hollywood scandal of the decade. Dream couple Eddie and Debbie divorced, Eddie and Liz married. In 1960, Eddie appeared with Liz in the steamy “BUtterfield 8”. She won the Oscar for Best Actress. They say that Debbie even voted for her. Who says Hollywood isn’t an enlightened town?

Paul Simon is of course himself Jewish. Hence the opening line of the song: 1+½ =1½.

PS: That was one of my best songs. It took a long time to write it and it was very true. It was about things that happened. The characters are very near to autobiographical. It’s probably the only track that I really like on that album.

Ironically, the song was copyrighted 1982, whereas Simon and Fisher were only married in 1983. So the song presages a failed relationship. Well, they’d been together on-and-off for a decade, so they knew each other pretty well.

Simon: Had “Hearts and Bones” been a hit, I would never have written “Graceland”. So for me, it was a tremendous flop. In “Hearts and Bones” the language starts to get more interesting. The imagery started to get a little interesting. And that’s what I was trying to learn to do, was to be able to write vernacular speech, and then intersperse it with enriched language, and then go back to vernacular. So the thing would go along smoothly, then some image would come out that was interesting, then it would go back to this very smooth, conversational thing. So that was a technique that I was learning… I don’t know where it came from. 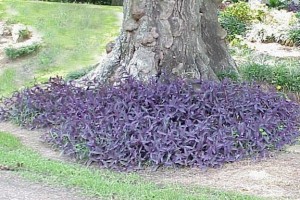 Carrie Fisher is half-Jewish, so…and Wandering Jew is a flower, isn’t it?

Q: Was it a conscious move to get Jews and Christ into the beginning of a love song? The next lines discuss wandering together in the Blood of Christ mountains.

PS: No, it wasn’t conscious. [Pause] In fact, I thought it was actually funny. One and one-half anything is funny.

That’s what we call emotional disingenuousness, a very fine example of why we shouldn’t listen to artists explicating their own work. It’s not funny at all, Paul. 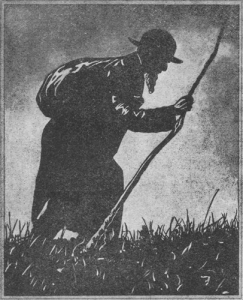 Q: It’s your only song, with the exception of “Silent Eyes” that discusses being Jewish. And once you said that you try to keep spirituality and religion out of your songs–

PS: Yeah, but it seems to come in all the time. Not so much religion but spirituality.

Q: Do you think that your Jewish consciousness has anything to do with your abilities as a songwriter?

PS: I don’t know that there’s a connection, no.

Q: I ask because so many great songwriters are Jewish– 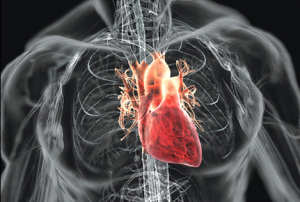 That’s what I would call historical disingenuousness. In the middle of the twentieth century, Jews comprised less than 3% of the American population and perhaps 80% of the great songwriters. You need to do some pretty tricky self-denying calisthenics to jump through those statistical loopholes.

But of course in the end it comes down to The Song. ‘Hearts and Bones’ is a work of utter beauty, describing the disintegration of the very core of two people’s shared life, about the emotional essence (heart) coming undone from its framework (bones). The soft and hard, that which can only feel pain, and that which can only be broken. The vital and the inflexible, the palpitating and the rigid. The pulsating, quivering, throbbing passions within us, and the structures and strictures and scaffoldings that hold it all up. It’s about how they cohabit within us – intimate, interdependent, synergetic, yet profoundly and inherently separate. Like a married couple. 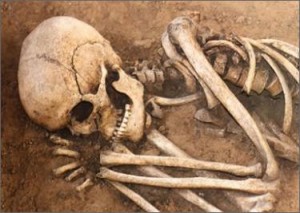 I have a couple of degrees in poetry, so if I had to, I could parse images such as ‘rainbows in the high desert air’, or perhaps even describe how the rhythm  guitar breathes life into “The arc of a love affair/His hands rolling down her hair/Love like lightning shaking till it moans.” But ultimately I would have no words to describe the beauty that is this song. It’s incandescent and transcendent and ineffable. It deserves to be listened to, cried over, appreciated, and loved.

One and one-half wandering Jews free to wander wherever they choose
Are travelling together in the Sangre de Cristo
The Blood of Christ Mountains of New Mexico
On the last leg of the journey they started a long time ago.
The arc of a love affair, rainbows in the high desert air
Mountain passes slipping into stones
Hearts and bones

Thinking back to the season before, looking back through the cracks in the door
Two people were married, the act was outrageous
The bride was contagious, she burned like a bride.
These events may have had some effect on the man with the girl by his side.
The arc of a love affair, his hands rolling down her hair.
Love like lightning shaking till it moans
Hearts and bones

One and one-half wandering Jews returned to their natural coasts
To resume old acquaintances, step out occasionally
And speculate who had been damaged the most.
Easy time will determine if these consolations will be their reward.
The arc of a love affair waiting to be restored.
You take two bodies and you twirl them into one
Their hearts and their bones, they won’t come undone.
Hearts and bones