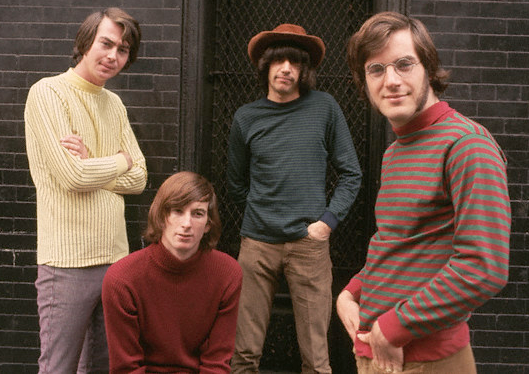 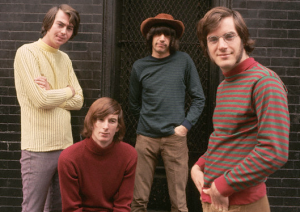 The Lovin’ Spoonful, ‘Summer in the City’

The fascinating quotes from Sebastian are taken from Paul Zollo’s fine “More Songwriters on Songwriting”, a fine book by a nice guy. Go buy it and read it. Tell them Groucho sent you.

The Good Fairy came to me on gossamer tiptoes this week and asked me what rock star I’d like to be reincarnated as.

Even before I’d rubbed the sleep out of my eyes, I shouted out: “Mickey Mantle!”
“Sorry,” said the fairy, “He can’t carry a tune. It’s gotta be a real musician.”

“Shoot,” said I, profoundly disappointed at having missed perhaps my only chance to ever be The Big Mick. A real musician? That’s pretty easy. John Sebastian. Who wouldn’t want to be John Sebastian? 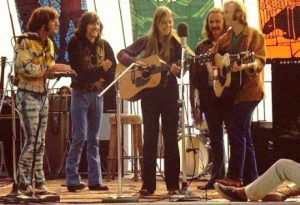 The band that never was.

He’s sweet. He’s funny. He’s aw-shucks brilliant. He writes more great songs than the number of ants on a Tennessee anthill. (Back in the day when I played guitar, I did a whole program of about 20 Sebastian songs.)

He created arguably the first American rock group, The Lovin’ Spoonful, and composed a million great hits for them.
He’s got a musical vocabulary the size of the Big Noise From Speonk (folk, country, blues, jug band, rockandroll, and a whole bunch of personal dialects).
He’s rock’s answer to Cole Porter, more deft with a couplet than anyone else on the block (‘And I could feel I could say what I want/I could nudge her and call her my confidante’.)
He’s one of the best harmonica players in the business (his dad was a pro on the instrument).
He politely declined the invitation to be part of Crosby, Stills, Nash & Sebastian.
And he comes across as a warm, sincere human being.

When the Spoonful hit the scene in August 1965, America’s answers to the British Invasion were The Beach Boys (circa “Party!”), The Four Seasons and The Supremes. Like I said, America’s first rock group. They had a string of seven straight Top Ten hits: ‘Do You Believe in Magic’, ‘You Didn’t Have to Be So Nice’, ‘Daydream’, ‘Did You Ever Have to Make Up Your Mind’, ‘Summer in the City’, ‘Rain on the Roof’, and ‘Nashville Cats’, the latter three from their third album, “Hums”. 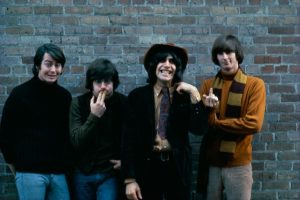 And I can think of no better way to spend Friday morning than to sing his praises, but there are so many of them that I hardly know where to begin. C’mon Jeff, just throw a dart.
‘Summer in the City’ it is.

Upon his return from England (jamming with George on sitar), Sebastian’s 15-year old brother came to him with a bossa nova tune that included the chorus “But at night it’s a different world, go out and find a girl…”.

John decided to write a verse (“Hot town, summer in the city/Back of my neck getting’ dirt and gritty”)  “with a  whole bunch of tension in the front part so that when we come to the chorus, it’s going to be like falling off a cliff.” 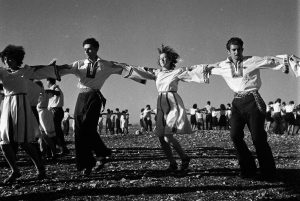 “So I tried to write this angular thing in a minor key that then opens up like a Jewish folk song by going to the subdominant chord in a major way. Like “Exodus”. And “Evening of Roses” – from which it was stolen. So the idea was to start with something that has that minor mode and then move into the major for the chorus.”

That means that the context of the chorus is A minor, our ear expects the subdominant (IV) to be D minor, but instead you get D major. This is what it sounds like in “Exodus”, written in 1960 by Austrian-born half-Jewish Ernst Sigmund Goldner (father of Andrew Gold), who at the behest of director Otto Preminger ‘spent time in Israel’ in order to write the sound track for the movie. (The lyrics, which we’ll spare you here, were written by über-goy Pat Boone). 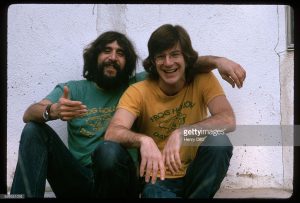 “Evening of Roses” (“Erev shel Shoshanim”) is indeed an Israeli folk song, written in 1957 by native-born Yosef Hadar, the best-known version of which was sung by The Dudaim duo. It is still a staple in Israeli folk dancing circles (if you’ll pardon the pun), summer in the city of Tel Aviv.

Sebastian: “So the idea was to start with something that has that minor mode and then move into the major for the chorus. And it worked. Then we had the verse and the chorus. And in the process of recording it Seven Boone, the bassist for the Spoonful, had a fragment that he played constantly in rehearsals. And I thought this could be the bridge. And it was also in a different time signature, so it did a thing that was almost classical in really taking you from one mood to another. And between that and just a nice accident, then it started to sound like Gershwin, like “American in Paris” to me. And in that he was imitating traffic. So let’s imitate traffic. Let’s get some traffic!” 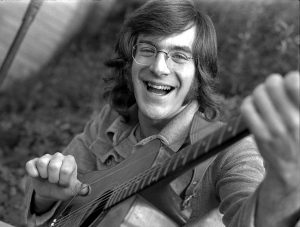 Thanks, John. You’re doing my work for me this week. Here’s Lenny Bernstein himself conducting the New York Philharmonic playing Gershwin. I can sure hear that traffic, can’t you?

Sebastian: “So we hired this old radio sound man who came in and helped us find traffic and particular car horns. And then we ended it up with that pneumatic hammer.”

The recording starts out with session man Artie Schroeck playing piano and a whack-o drum smash. Engineer Roy Halee (the undercredited 3rd partner of all of Simon & Garfunkel’s great recordings): “They had a great garbage pail at the Columbia studio. You put a microphone inside this thing and whack the side of it and it was a gigantic explosion. You could never duplicate that sound with some of the synthesized stuff. Everything The Spoonful did was a little bit different and I loved recording with them because of that.” According to Zally, it had “some of my best chakka chakkas” on guitar. And that piano riff. And John’s vocals. And his lyrics! (“Hot town, summer in the city/Back of my neck getting’ dirt and gritty…Cool cat, looking for a kitty/Gonna look in every corner of the city”). 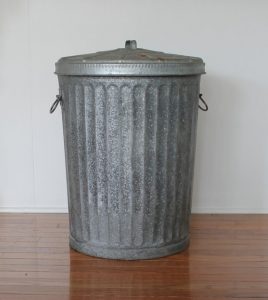 So there you have it – an entire 3-movement urban rock symphony in 2:45. I was a Midwestern teenager in August, 1965. But thanks to Sebastian and the whole crew of merry pranksters, I could feel the heat of scorching New York days and breezy New York nights – a year before the summer that everything exploded.