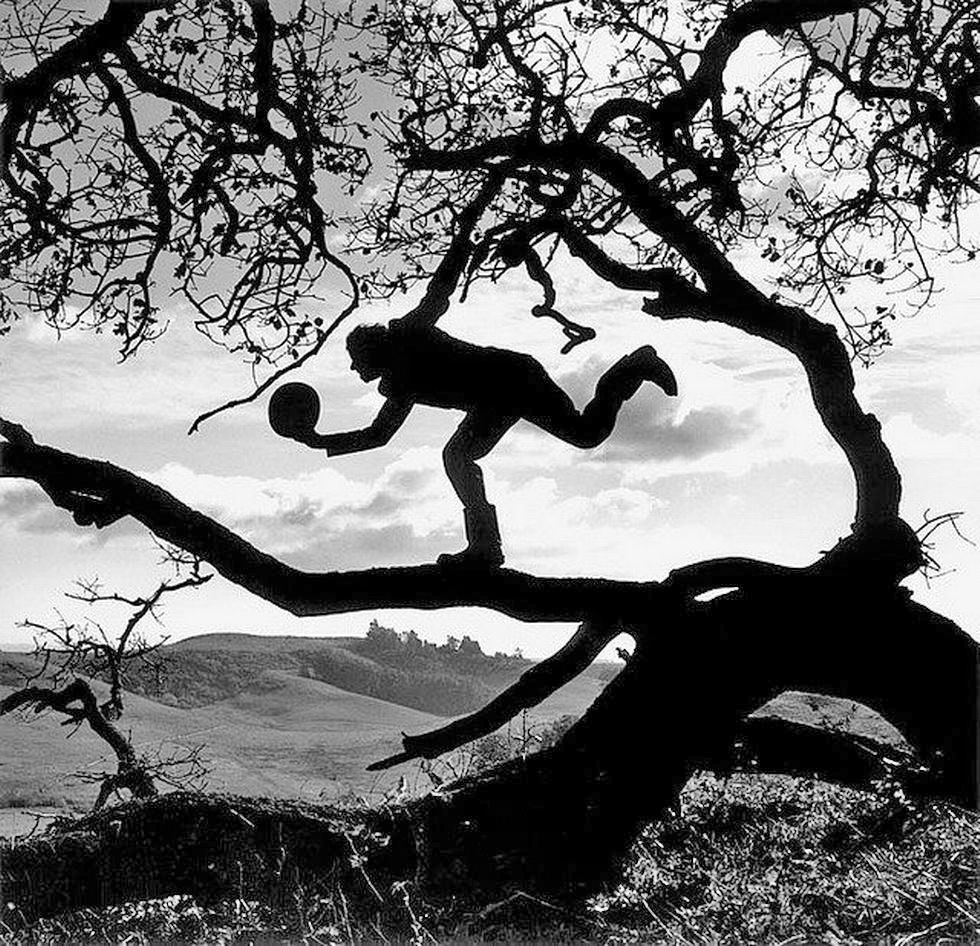 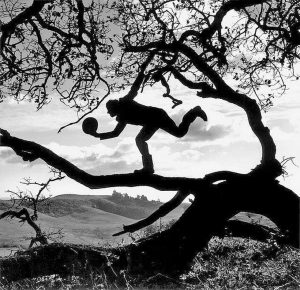 In 1945 at 26, my father returned from the war, settled into family life with my mother and the 2-year old daughter he didn’t know, in the small New Jersey town where I’d be born three years later. He went to work in his father’s store. A war of wills ensued between my mother and her father-in-law. My mother won, and they had to leave.

My mother had a romantic predilection for Ohio, where she’d gone to college for a year. She sent my father to drive through Ohio till he found a town that looked like it could use a children’s clothing store. He found Lima (Lye-ma, like the bean, not like the one in Peru). 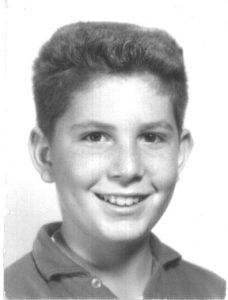 They were penniless. The first year we lived in a brand-new tract housing street, a slum even while it was being built. I attended second grade, my 13-year old sister raised me. The second year we moved to a very basic triplex in a mixed neighborhood with a decent school. After a year or two we moved into a house in the same neighborhood (reasonable except for the occasional rats and bats and the coal furnace that I had to stoke every day), where we lived through my 7th grade, till we moved to a Big City. Classmates included Charley Thomas, a black kid who lived in a shanty town; and Kathy Schoonover, whose father owned a bank and whose mansion had an elevator. All within a five-minute bike ride from my house and my school.

My buddies were Bill and Scott. I went to church for their confirmations, they came to Temple for my Bar Mitzvah. In between, we tried to get into as much trouble as possible. Soaping windows, stealing gas caps, shoplifting, exploring homes when the residents were away. A childhood I’m not proud of, not thankful for, a model devoutly avoided in raising my own kids. 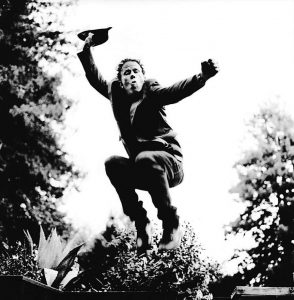 My sister graduated from high school in Lima, a full couple of generations before it would serve as the setting for Glee. Back then, in real life, Lima was not where one would choose to grow up. More pipelines ran under Lima than any other place in the world (big Standard Oil refinery). There was a factory for making yellow school buses. Phyllis Diller, Hugh Downs and Joe Henderson were born there. There was a school for disabled children named for Roy Rogers’ and Dale Evans’ Downs Syndrome daughter, Robin. John Dillinger had escaped from jail in Lima. I knew I had a chance.

But, oh, that feeling of liberation—a Schwinn bike painted powder-blue with pink polkadots. (What on earth was I thinking?) It could, and did, go everywhere. Through every lane and cranny and backyard of the neighborhood, out to the first shop(lift)ing center, the trampoline place next to the Hires Root Beer stand, the dairy where we gorged on defective Heath Bar ice cream bars, and on out past eternity, all the way to the limits of our imagination, as far as our bikes would carry us.

Through the kind offices of Google Maps’ Street View, I’m able to see what 935 State Street looks like today. I don’t recognize much. But I don’t need a computer program to climb up on Rickie Rocky’s garage roof. To browse surreptitiously through those magazines opposite the soda fountain at Matthew’s Drug Store. To bike down to the Saturday morning cartoon marathon at the Sigma Theater. They’re all hardwired.

Tom Waits was born a year after me and grew up on Kentucky Avenue in Whittier, California. He wrote a very beautiful song about a very sordid place and time. The details are different, but the principle is the same.

Joey Navinski, the one who bragged about French-kissing Hilda the strip poker player, was a neighborhood kid who played the trombone. Dicky Faulkner, who’s “got a switchblade and some gooseneck risers,” (condoms) was known for always having a runny nose. “Mrs. Storm will stab you with a steak knife if you step on her lawn” – the real Mrs. Storm lived with her sister and would sit by her kitchen window armed with a 12-gauge shotgun. 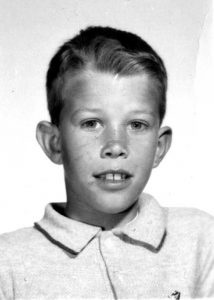 Waits’ best friend was a boy named Kipper who had polio.

“I didn’t understand what polio was. I just knew it took him longer to get to the bus stop than me. I dunno. Sometimes I think kids know more than anybody. I rode a train once to Santa Barbara with this kid and it almost seemed like he lived a life somewhere before he was born and he brought what he knew with him into this world and so – it’s what you don’t know that’s usually more interesting. Things you wonder about.”

Things you wonder about at 12. The last verse of ‘Kentucky Avenue’, tying the spokes of his wheelchair and a magpie’s wings to Kipper’s shoulders and feet so that he can fly, fly away. Just like Aretha sings, in another context. Airborne by wonder, lifted on the wings of imagination, from Lima or from Whittier all the way to New Orleans and on to places we couldn’t yet even dream of.

Eddie Grace’s Buick got four bullet holes in the side.
Charlie DeLisle is sitting at the top of an avocado tree.
Mrs. Storm will stab you with a steak knife if you step on her lawn.
I got a half a pack of Lucky Strikes, man, so come along with me.
Let’s fill our pockets with Macadamia nuts
And go over to Bobby Goodmanson’s and jump off the roof. 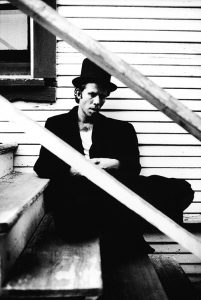 Hilda plays strip poker when her mama’s ‘cross the street.
Joey Navinski says she put her tongue in his mouth.
Dicky Faulkner’s got a switchblade and some gooseneck risers
That Eucalyptus is a hunchback, there’s a wind down from the south.
So let me tie you up with kite string, I’ll show you the scabs on my knee.
Watch out for the broken glass, put your shoes and socks on
And come along with me.

Let’s follow that fire truck I think your house is burnin’ down
And go down to the hobo jungle and kill some rattlesnakes with a trowel.
We’ll break all the windows in the old Anderson place
and we’ll steal a bunch of boysenberries and I’ll smear ‘em on your face.
I’ll get a dollar from my mama’s purse and buy that skull and crossbones ring
And you can wear it round your neck on an old piece of string.

Then we’ll spit on Ronnie Arnold and flip him the bird
And slash the tires on the school bus now, don’t say a word.
I’ll take a rusty nail and scratch your initials in my arm.
I’ll show you how to sneak up on the roof of the drugstore.
I’ll take the spokes from your wheelchair and a magpie’s wings,
And I’ll tie ‘em to your shoulders and your feet.
I’ll steal a hacksaw from my dad and cut the braces off your legs
And we’ll bury them tonight out in the cornfield.
Just put a church key in your pocket, we’ll hop that freight train in the hall.
We’ll slide all the way down the drain to New Orleans in the fall.