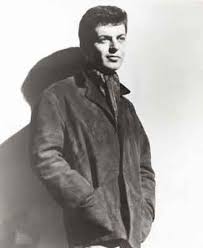 Dion — ‘I Can’t Help But Wonder Where I’m Bound’

Back in my playwrighting days I used to tape a short note to the screen (it was the early days of word processors), right in front of my eyes, the key message I needed to focus on (“Put the girl behind the 8-ball! Keep the girl behind the 8-ball!!” or “He doesn’t take the gun out till the third act!” For this piece I resorted to that old habit: “Jeff, move it forward or you’ll never finish.” And of course I didn’t, and I didn’t.

I had hoped to cover the whole arc of Dion’s career here, but I of course got bogged down in his riveting, obscure years in the later 1960s and managed only the first 11 years (out of 49). That’s alright. Dion’s worth revisiting.

You all know ‘Runaraound Sue’ and ‘The Wanderer’. If you’re of a certain age, you might even know our ostensible Song of The Week ‘Abraham, Martin and John’. But chances are you’ve only scratched the surface. Our SoTW isn’t really about that song, it’s about Dion 1964-68, floundering careerly, knocking out lots of bold, innovative, relevant contemporary music during one of the most interesting periods in pop music – a legend languishing in drugs and obscurity.

Dylan (on “Kickin’ Child”): “If you want to hear a great singer, listen to Dion. His voice takes its color from all palettes–he’s never lost it–his genius has never deserted him.” You can’t always take Bobby’s recommendations at face value. This one I think you can. As a matter of fact, if you look closely, you might just reach the conclusion that Dion was the most respectable and successful and honest follower of his Columbia stablemate, both in covers and in original songs, as well as the entire nascent folk-rock sensibility. 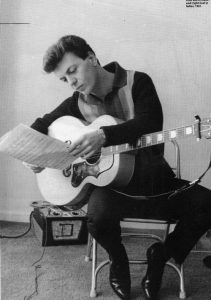 Dion DiMucci is a really cool guy. A nice guy, a walking and talking legend who has been consistently (more or less) knocking out fresh, appealing music for longer than anyone else on earth, and deserves a whole lot of appreciation.

How many major recording artists from the 1950s can you name who successfully transitioned through the British Invasion to remain relevant, honest, creative musicians. I can name one. Elvis? He died in the army. Chuck Berry? Fats Domino? The Everly Brothers? No, no, and no.

Was Dion any different from Ricky Nelson or The Everly Brothers or Roy Orbison or Elvis Presley?
They all started as teen mega-idols in the late 50s. Their work has stood the test of time—they were the best of their era (excepting the great Buddy Holly, whose early death appears more tragic with each passing decade). These were never Fabians, but real creative artists (as far as that was possible in the Brill Building/Top 40 culture of the time. When the Brits came, they grew their hair and tried to remain au courant. Unsuccessfully. Each faded in his own way (Rick in a plane crash, Don and Phil in acrimony, Roy in personal tragedy, Elvis in pills and pitiful self-parody.) 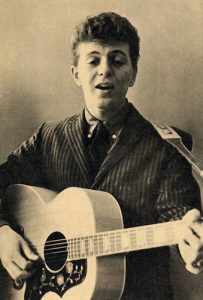 Dion sank into drugs in the mid-60s, disappeared from the public eye, struggled commercially for many years before finally attaining some degree of recognition for his ongoing musical achievements in his later years. But those struggles produced almost 30 original, interesting albums between 1967 and 2017!

I’ve been gorging myself on that corpus, but I’ve only partially digested it. He switched recording companies frequently, and some of his best work was never released or only in secret. But every single one is worth listening to (and talking about, thank goodness).

Authentic doo-wop Bronxters, The Belmonts had hits with ‘I Wonder Why’ (“We sang ‘gna gna gna’ because the only lyrics we could think of all included ‘knockers’”), ‘A Teenager in Love’ (Dick Clark’s audience painfully clapping on 1/3), ‘Where or When’ (from the 1937 Rogers and Hart musical “Babes in Arms”). In 1959, on tour in Iowa, he gave up his seat ($36 was a month’s rent for his parents) on the plane which crashed, killing Buddy Holly, Richie Valens and The Big Bopper (‘the day the music died’).  Young Bobby Zimmerman saw a show from that tour, and if you’re wondering what effect it had on him, listen to his Nobel speech. By the next year Dion was being treated for heroin addiction. 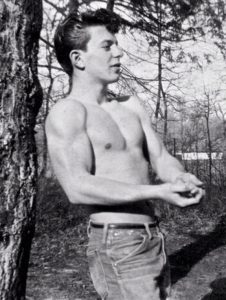 He recorded a string of hits which still are still utterly convincing today – ‘Lonely Teenager’ (this live acoustic version is so reminiscent of Buddy Holly’s apartment tapes; it’s delicious to imagine how John Lennon would have reacted to this), ‘Runaround Sue’ (time capsule material), ‘The Wanderer’ (more swagger than Jagger), the knockout ‘Little Diane’ (darkest, most manic kazoo ever), ‘Lovers Who Wander’ for the little Laurie label. He then moved to Columbia (their first ‘rock’ signing), where he had a string of moneymakers, including the oh-so-cool Leiber-Stoller ‘Ruby Baby’ (originally by The Drifters, later by Donald Fagen) and ‘Donna the Prima Donna’, despite a burgeoning heroin addiction.

Dion wrote or co-wrote most of his material, an anomaly at the time. No one had yet dreamed of the term ‘singer-songwriter’.

Looking to leverage his pop success, Mitch Miller of Columbia tried to make Dion (“Last of the One-Name Singers”) into a Las Vegas crooner. But he was coming under the sway of producer John Hammond, with a pronounced predilection for the acoustic blues (e.g., ‘Spoonful‘) which he maintains till today. 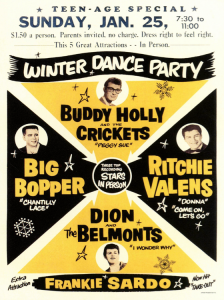 Then he hooked up with Tom Wilson, the Columbia producer he shared with folkie Dylan. Conventional wisdom says that Wilson made Dion sound like “Bringing It All Back Home” Dylan. It seems at least as likely that Wilson made Dylan sound like Dion. Think about it. Who of the three of them really knew electric blues and rock and roll (Wilson’s background was avant garde jazz)?

On December 8, 1964, with Dylan out on tour, Wilson recorded Dion with the expressed purpose of trying to imagine what Dylan would sound like in an electric context. Here’s ‘So Much Younger’ from that session.

Then Wilson took Dylan’s ‘House of the Rising Sun’ and overdubbed a rock band on it. Dylan liked it so much he recorded immediately recorded the electric tracks for BIABH (January 13-15, 1965). (Wilson would pull the same trick on folkies Simon and Garfunkel, electrifying their acoustic ‘Sounds of Silence’ in abstentia with studio musicians.) 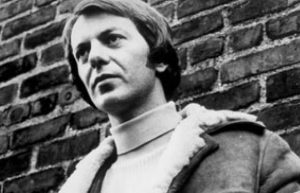 Dion’s 1964-65 discography is rich, intriguing and murky. Most of it wasn’t released at the time. Compilations were made in 1991’s “Bronx Blues”, 2007’s “The Road I’m On”, the 2015 box set “King of the New York Streets”, and the recently released “Kickin’ Child: The Lost Album 1965” (given a glowing 5-star review by All Music’s Thom Jurek: “It’s absolutely one of the greatest folk-rock records ever”).

During mid-1965, Dion and Wilson (with help from one Al Kooper) recorded the tracks on “Kickin’ Child”. They include some of the most honest readings of Dylan songs I’ve ever heard, some of them obscure gems: ‘Baby, I’m In the Mood for You’ (Dylan’s version), ‘Farewell’ (Dylan), and ‘It’s All Over Now, Baby Blue’ (Dylan). There are also Dion-penned cuts that, to be honest, aren’t all that distinguishable from ‘Subterranean Homesick Blues’ et al, such as ‘Kickin’ Child’, ‘My Love’, ‘Two Ton Feather’. 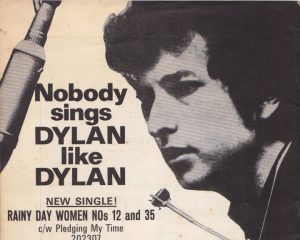 You have to remember that Dylan was being heard only by folkies, and there was tremendous pressure by The Suits to capitalize on his potential in the pop market (“Nobody Sings Dylan Like Dylan”). There was also a desire by some of the more open-minded folkies to explore the lands discovered by The Beatles. Thus was born folk-rock, the dominant aesthetic in serious popular music for the past two or three generations.

Cher, The Turtles, Them, The Byrds – all of a sudden everyone was generating hits from Dylan songs cast in a rock context. They all were of course misdirected. Does The Byrds’ ‘Mr Tambourine Man’ (also electrified in the studio) illuminate Dylan’s original? I think not. I think it’s a commercially-successful, historically significant but artistically insignificant gesture. 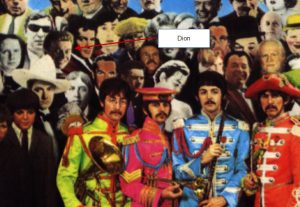 Columbia and McGuinn/Clarke/Crosby/Hillman should have understood – let Byrds be Byrds, not Dylan wannabes. Dion was never a bandwagoner. He was a rocker before The Beatles (of enough stature that they’d put him on the cover of “Sgt Pepper”; together with Dylan, the only live Americans to be so honored).  Dion’s Dylan recordings are genuine, honest, and as opposed to all the aforementioned hits—totally legitimate readings.

Most of the recordings went unreleased at the time, so Dion reunited with The Belmonts on ABC records in 1966-67 for another musically ambitious album very much of the era, “Together Again”.  The album tanked in the US, but generated a number of charted covers in the UK, including the flower-power ‘My Girl the Month of May’ (covered by The Bunch, including Sandy Denny and Richard and Linda Thompson) and ‘Your Own Backyard’ (a minor 1970 hit, a confessional account of his ongoing struggles with H, successfully covered by Mott the Hoople). 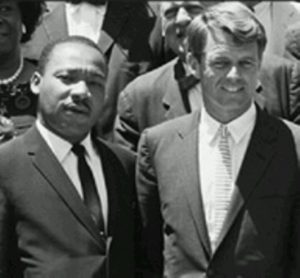 Thought I saw him walking along a hill…

In 1968, following another period of cleaning up his habit and getting reacquainted with the Church of his youth, he went back to the little Laurie label to record a mix of (again) forward-looking contemporary covers. It includes a soft, acoustic ‘Purple Haze’; a very cool ‘Loving You is Sweeter Than Ever’ (this is years before James Taylor or anyone else gave intelligent, gentle white readings of Motown power classics); songs by Canadian brand-newcomers Joni Mitchell (‘Both Sides Now’) and Leonard Cohen (‘Sisters of Mercy’); and a mash-up of the Dylan gem ‘Tomorrow is a Long Time’ with Fred Neil’s ‘Everybody’s Talking’ (a year before Nilsson’s version), as well as a few respectable originals – very similar to Judy Collins’ influential album of covers from the year before “In My Life”.

But little Laurie had a caveat – Dion had to include ‘Abraham, Martin and John’, inspired by Martin Luther King’s and Bobby Kennedy’s assassinations (tied to those of Abraham Lincoln and John F. Kennedy), perhaps the last patriotic song to come from ‘our’ side of the fence before the shit hit the fan several weeks later in Chicago. 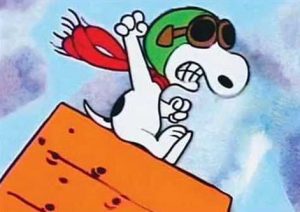 The song was written by Dick Holler and produced by Phil Gernhard, who had worked together back in Baton Rouge, Lousiana, where Dick led The Rockets (later The Holidays), a local band that included at times Jimmy Clanton, Dr John Rebennack and Johnny Rivers. Holler had a minor hit with ‘A Double Shot of My Baby’s Love’ (better known as the cover by the Swinging Medallions) and a major one with ‘Snoopy vs. the Red Baron’ as recorded by The Royal Guardsmen.

‘AM&J’ was a major hit, still covered today. Perhaps not Dion’s most typical song, but respectable, touching. (Who among us is not profoundly saddened by those assassinations and the change they wrought on our world?) Okay, that harp is just a bit gushy (Dion added some classical guitar just to class it up a bit–gee, we never even got to talk about what a fine guitarist he is.)

Ah, there’s so much more to tell. But my time has run out, as I’m sure has your patience. So I’ll just have to leave y’all cliffhanging till the next installment of that long, tortuous road Dion has travelled, and the fine music he’s made along the way.

We hope to continue the Dion saga. In the meantime, you can keep yourself busy with his unknown masterpiece, SoTW 082, “Sit Down, Old Friend“.