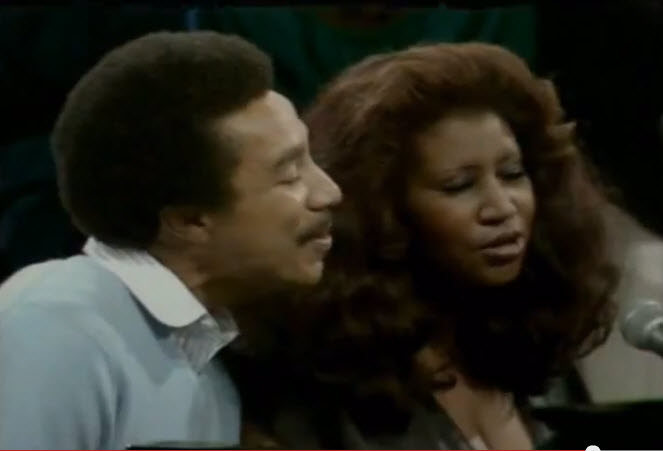 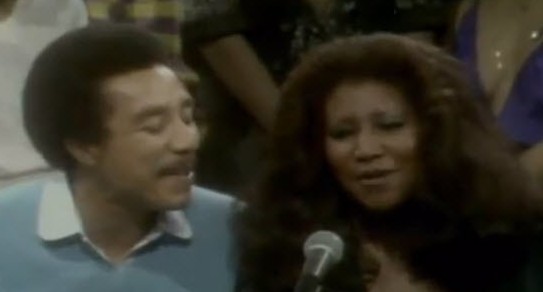 Last week I talked about Smokey Robinson and the Miracles’ ‘Ooh Baby, Baby’ from a very personal angle. But the song just wouldn’t leave me alone (yes, it’s infectious as the bubonic plague), so I did some snooping, and discovered a few things.

One is that Smokey really does have an uncommonly beautiful voice. I knew that was true, but somehow I always wind up absorbed by the gestalt of his recordings, not him as a vocalist per se. 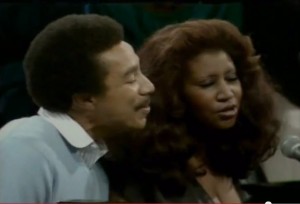 Another is that he’s abused ‘Ooh Baby, Baby’ horribly in a slew of embarrassing glam celeb duets that I very strongly recommend you not listen to: with Lucy Lawless (lawless indeed, there really should be a law against such demeaning appearances); with Ashanti (her plastic singing oudone by her affected hand gestures and ludicrous slinky walk); with Darryl Hall (all forced joviality, carrot-up-the-ass smiles); and even with Linda Ronstadt (whose schlocky 1978 cover of the song made us swoon for years. But neither she nor her treatment have worn well – here her floozy appearance is rivaled in bad judgment only by the stage set, with both Smokey and Linda concentrating more on avoiding tripping and stepping on each other’s toes than on singing the song). 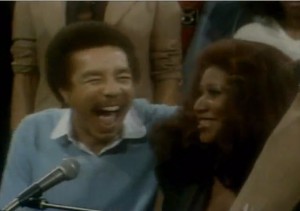 But the discovery that’s been haunting me for days is this one, a spontaneous, honest homeboy and girl moment.  Aretha Franklin (b. 1942) Smokey (b. 1940) grew up in the same Detroit ‘hood, knew each other since forever. Here she’s the featured guest on a TV show called Soul Train, and Smokey’s a guest of the guest. Watch the banter, the comfort and immense mutual admiration. Watch the emcee challenge Aretha live on camera to come up with a Smokey song. Look at the total focus with which she engages the task, bestowing on it both gravitas and the most serious of fun.

Listen to these two remarkable voices, velvet and steel. A magical meeting in a magical song.  It’s not chemistry, it’s alchemy. Their emotion is palpable. As has been mine for these several days now. So will yours.

No matter that they botch the harmony at the end of the second verse. No matter that they omit the third verse entirely. At the beginning of the second verse (3’00” in the clip), Smokey takes the solo in the most transcendent, celestial voice produced by an earthbound human; then Aretha graces it with her blue note ‘mmm-hmm’, and it’s as miraculous as the rising of the sun.

Unrehearsed, glitzless. Watch it and say a little prayer of thanks for being present at the creation.