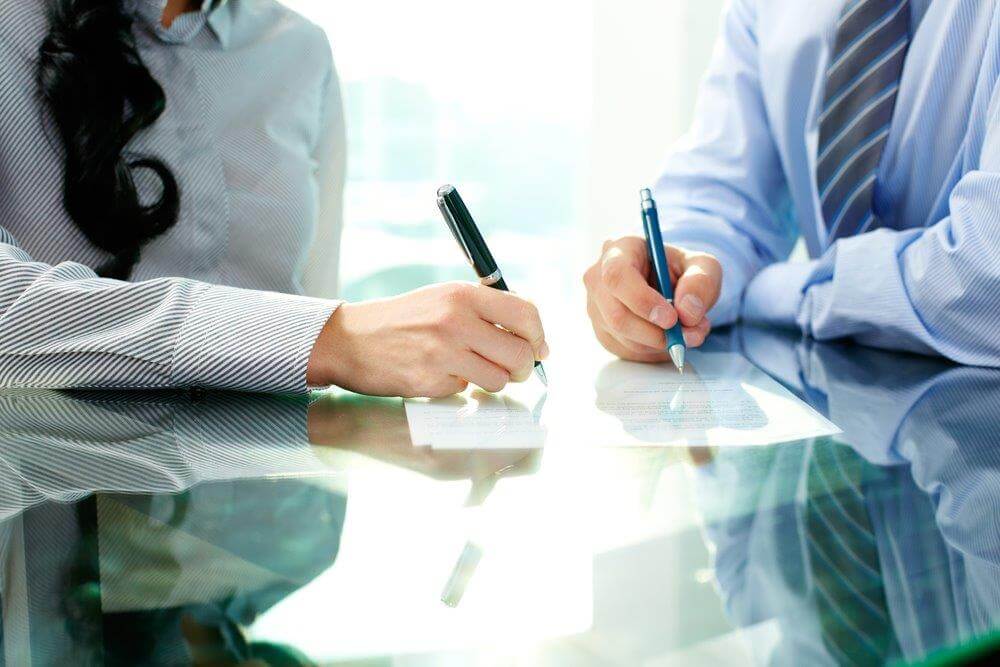 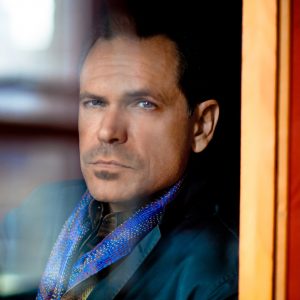 So I’m listening to Kurt Elling’s “Upward Spiral”, a collaboration with the quartet of saxophonist Branford Marsalis, and the fourth track there stops me in my tracks. “Practical Arrangement”, a painfully slow, painfully needy, almost spoken monolog by a man proposing to a woman that she marry him, live with him, even though they both know she doesn’t love him. A practical arrangement. Gee, love songs ain’t what they used to be.

The song rivets me. I stop in my tracks and listen to every word, even though it’s so slow that it seems to stand still–a guy struggling to get out some very difficult words, trying to maintain his poise using the façade of an objectified, logical, contractual proposal. We understand that he’s actually bereft of all dignity, begging, offering her his all in return for virtually nothing. 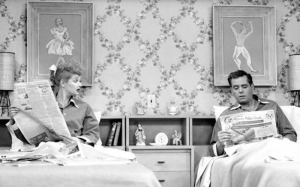 This is new for me. Well, new and familiar. I’m fascinated by the new varieties of couplehood that have been evolving in Western society since I was a kid. I remember when Lucy and Desi slept in separate beds. I was in college when I first met a couple living together openly outside the sanctity of marriage. And now I watch a lot of Scandinavian television, where couplehood takes on more fluidity, more new preconceptions and expectations and expressions than dreamt of in my philosophy.

But a man (or woman) openly offering everything in return for nothing? We all know that extreme brand of desperate, unrequited need that trumps all propriety and sends our super-ego negotiating team into a tizzy.

A practical arrangement. A proposition with sex off the table, a proposal with love outside the deal. Wow. That’s new. Let me chew on that.

This song—it’s hardly a song. It has less forward movement than a Gregorian chant. There’s almost no melody, little more than the rise and fall of the spoken word. The word choice is NON-poetic 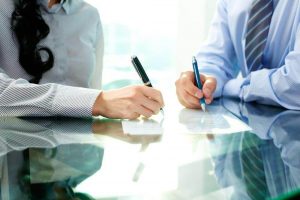 Who wrote this calculated, conversational negotiation?

Like many others, I stopped following closely Sting’s uneven, late career a long time ago. His previous album of original material was in 2003. “I thought: Maybe I’ve lost my mojo to write. There’s a lot of self-obsession involved in being a singer-songwriter. I’d gotten sick of navel-gazing. I’d gotten sick of putting myself on the couch.” 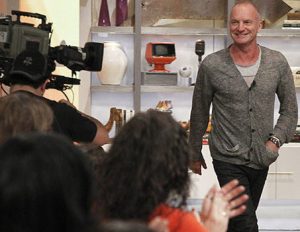 After a hiatus of ten years, Sting rediscovered his mojo, writing a series of sea shanties in a Newcastle accent, vignettes of a gallery of local Northern characters in the small shipbuilding town where he was raised (‘The Night the Pugilist Learned How to Dance’). “Once I came up with these characters, the songs began to pour out. It was such a relief not to write about myself. I had to get myself out of the way.”

The songs are impressively crafted, I said after one listening, knowing I’d probably never go back to listen again.

It’s not happenstance that I’ve never written about Sting. I’d hardly know what to say. One moment you feel like he’s standing between Stevie Wonder and Paul Simon as one of the most talented musicians of our generation; the next, you’re just a little embarrassed by his self-conscious displays of earnestness, the pretence outweighing the presence (the presents?). You know he knows exactly where the cameras are positioned.

I read that ‘Practical Arrangement’ is an outtake from the musical, appearing on the album but not on stage. Okay. Maybe that’s a good sign?

I have a bias, acquired during my formative years from Andrew Sarris’s book “The American Cinema: Directors and Directions 1929–1968 (1968)”, an adherence to his ‘auteur’ theory, derived from the French Nouvelle Vague film critics and directors. It refers to the artist who controls all aspects of a collaborative creative work.  In film, it can be a star (if the movie is a vehicle), the head of the studio (if it’s an industry-generated flick), or a writer (if it’s a faithful adaptation of a play or novel). But if it’s true cinema, the auteur, the real creative mind, is the director. Film is a director’s medium. Think Alfred Hitchcock.

The term has gained a lot of currency in a wide range of fields. In music, it has been used to refer to a producer (think Phil Spector or Berry Gordy). I’m told that it can even refer to video games today, such as Hideo Kojima, the creator of the “Metal Gear” series. I’m hoping that you understand that that particular insight is based on hearsay. 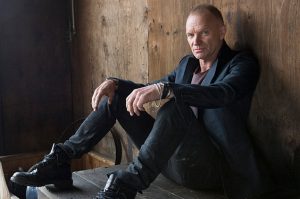 In music, this leads me to think a lot about the composer/performer dichotomy. Who is the creative artist here? In classical music, you gotta go for the composer, no matter what. Even if it’s Leonard Bernstein conducting Isaac Stern soloing with the New York Philharmonic in Beethoven’s “Violin Concerto in D Major op 61”– it’s Ludwig’s gig.

Frank Zappa’s ‘Louie, Louie’ notwithstanding, I adhere to that auteur business pretty stringently. My gut always tells me that by default, the writer is the creator. The performer is a tool.

So when it comes to Kurt Elling singing a song written and originally performed by Sting, I’m a bit befuddled. Even his harshest critics have to admit that Sting ain’t Richard Berry. Let’s give a listen. First, the original:

Yeah, it’s interesting. New, surprising. All those nice things I said above. But there’s also something cloying in the self-conscious earnestness of the presentation.

Then you listen to Kurt Elling’s version: 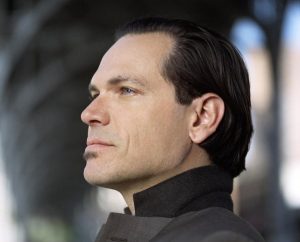 Kurt’s last ‘but I think you could learn to love me given time’ (the ‘I think’ is Kurt’s interpolation; his insecurity is so much more convincing than Sting’s self-confidence) – is he just walking through the song, saying to himself, “Ok, here comes the last line, let’s really milk it” while in the back of his mind all he’s really thinking about is the pepperoni pizza with extra cheese waiting for him in the dressing room?

Or is he living the moment, animating in his mind (and in ours) the loneliness in the narrator’s life, the desperation in his need to try to cajole her to begrudge him the merest modicum of warmth?

I can hear one lobe of Kurt’s brain saying, “You can’t perform it that slowly, man. The audience will either fall asleep or walk out.” But thankfully, that other lobe holds sway: “If I sing it with utter conviction, they’ll listen.”

And sing it with breathtaking passion and conviction, Kurt does. Because even though he’s just a singer, he’s a consummate artist. An auteur.

Am I asking for the moon? Is it really so implausible?
That you and I could soon come to some kind of arrangement?
I’m not asking for the moon, I’ve always been a realist,
When it’s really nothing more than a simple rearrangement.
With one roof above our heads, a warm house to return to,
We could start with separate beds, I could sleep alone – or learn to.
I’m not suggesting that we’d find some earthly paradise forever,
I mean how often does that happen now? The answer’s probably never.
But we could come to an arrangement, a practical arrangement,
And [perhaps] you could learn to love me given time.

I’m not promising the moon, I’m not promising a rainbow,
Just a practical solution to a solitary life.
I’d be a father to your boy, a shoulder you could lean on,
How bad could it be, to be my wife?
With one roof above our heads, a warm house to return to,
You wouldn’t have to cook for me, you wouldn’t have to learn to,
I’m not suggesting that this proposition here could last forever,
I’ve no intention of deceiving you, you’re far too clever.
But we could come to an arrangement, a practical arrangement,
And perhaps you’d [you could] learn to love me given time.
It may not be the romance that you had in mind,
But [I think] you could learn to love me given time.

Going Up to Jerusalem with Kurt Elling