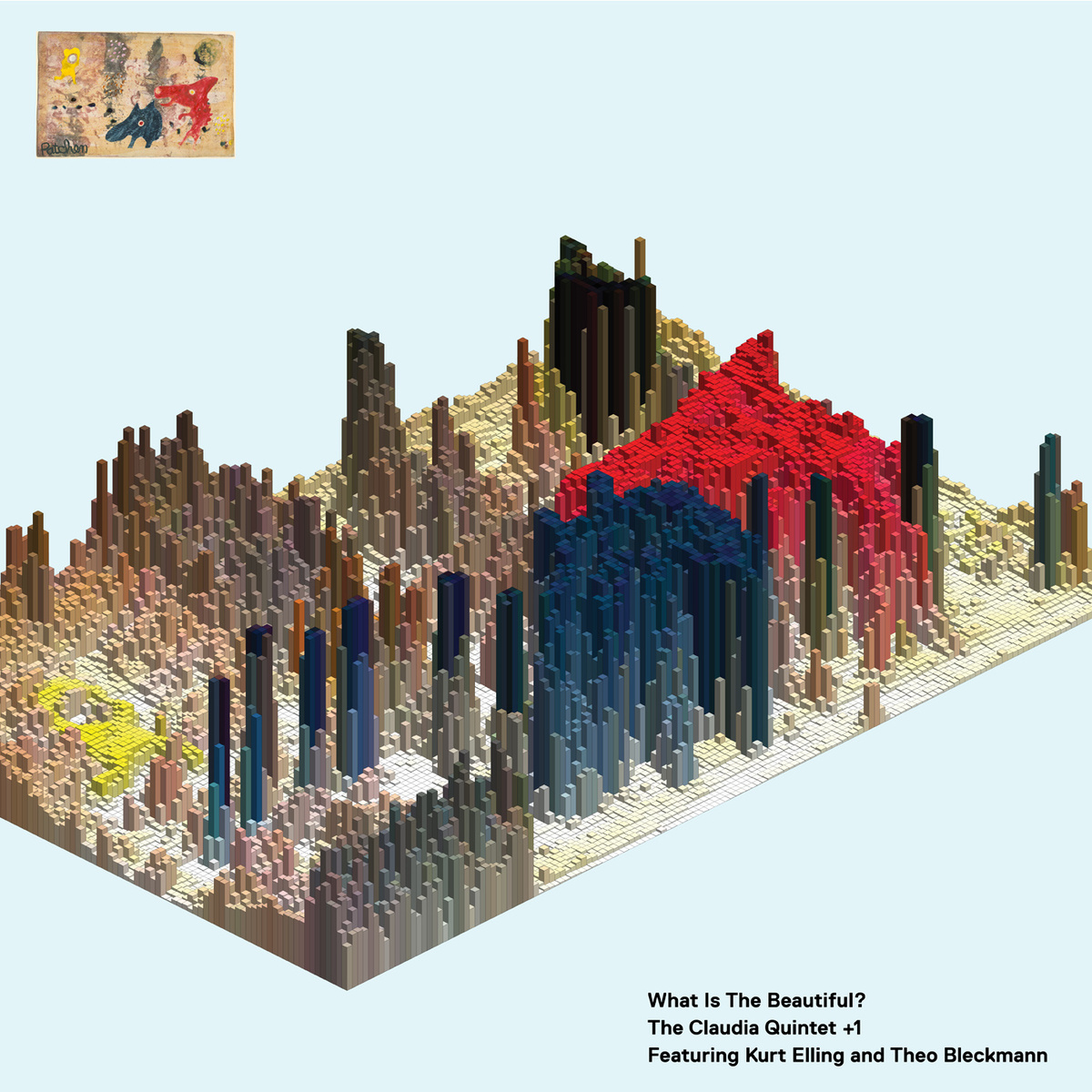 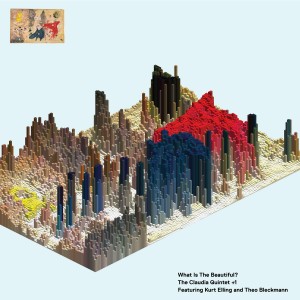 What is the beautiful? Well, there’s a stumper of a question for you. Some people would say Mona Lisa, others might go for Courtney Love. We’re going to look at a different model today, that of galvanizing poetry into jazz.
Say what?

Be showtime again. Somebody will
paint beautiful faces all over the sky.
Somebody will start bombarding us
with really wonderful letters…
letters full of truth, and gentleness,
and humility
…Soon (it says here)…

Here’s what it sounds like as read by the poet.
I’ll bet that didn’t knock you out of your chair.

Here’s what it sounds like as performed by The Claudia Quintet+1 featuring Kurt Elling.
I’ll bet you that will keep your neurons reeling for a while.

What is poetry? According to Archibald MacLiesh (in Ars Poetica), “A poem should be palpable and mute/As a globed fruit”. According to my father, it was “When the hell are you going to stop wasting your time with that drivel and prepare yourself for The Real World?” 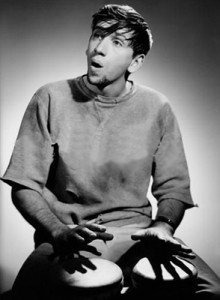 I spent a lot of years (and a couple of academic degrees) trying to get some sense of what poetry is, to no great avail. I did achieve one understanding, though. Poetry is made of words. Poetry is the art of crafting words precisely. A poem is an artistic construct made from words.  Before his Nobelity, most of the people I know would have called Bob Dylan the Poet Laureate of Our Generation. Well, I don’t think so. He’s a songwriter, and his lyrics are a thing of beauty and craft and profundity. But his creations are songs, and they have melody and rhythm and production and performance built in to their being. A poem is made from words.

One of the iconic images of the Beat Generation (see SoTW 065 for some of my musings on Beat), was a goateed/sweatshirted/sandaled guy (watched by a skinny girl with long black hair and a long black formless dress with lots of black eye-liner) reading incomprehensible verse to the accompanied by but unrelated to an incomprehensible free-form jazz trio.

Astonishingly, some things have changed since the 1950s. Three of my very favorite contemporary jazz musicians have been caught with their hands in the poetry jar, with some pretty earopening and mindbending results that I greatly enjoy and value and am pleased as punch to have the opportunity to share with you here.

Luciana Souza – “The Poems of Elizabeth Bishop” and “Neruda” 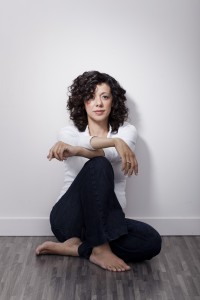 Luciana Souza (b. 1966 in Sao Paulo, Brazil, residing many years in the US) is the only singer I’ve flown halfway around the world to hear. She’s released a dozen albums in the US in almost as many distinct styles, each one a unique work in and of itself. Her second album, “The Poems of Elizabeth Bishop and Other Songs” pays homage to Ms Bishop (1911–1979), a New England proto-lesbian poet laureate and compadre of Marianne Moore and Robert Lowell. Luciana wrote the music for the album, singing Bishop’s poetry as lyrics, mixed with (non-word) vocalese, as a front-line instrumentalist together with the sax. It’s a very fine album, cut from the same cloth and almost on a par with her tragically underappreciated “An Answer to Your Silence”. Here’s ‘Insomnia’ (the poem, the song). (“The moon in the bureau mirror/looks out a million miles/(and perhaps with pride, at herself,/but she never, never smiles)/far and away beyond sleep, or/perhaps she’s a daytime sleeper”). And just for fun, here’s a non-Bishop cut from the same album, ‘In March, I Remember’. 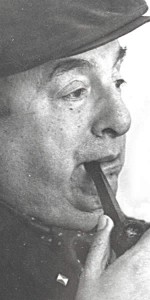 One of Luciana’s most intriguing albums is “Neruda”, in which she sets the poetry of the Chilean communist Nobel laureate (in English translation) to her own music – here only the very fine Venezuelan-born pianist Edward Simon and herself on percussion. Much of the material is Neruda’s (1904–1973) highly-charged love poetry. As performed by Luciana with impeccable restraint and precision, it’s one of my very favorite albums.  Try, for example, ‘House’ (here’s the poem). Or, and I’m just so honored to share this with you, ‘Sonnet 49’ (here’s the poem, from “100 Love Sonnets”). This video shows Luciana recording the song, accompanying herself on the kalimba. To my taste, this video/song/poem is divine, one of the most perfect works of art I’ve had the fortune to know and love. “No one can stop the river of the dawn.”

And her most recent album, “The Book of Longing,” is all poetry– four poems by Leonard Cohen (yes, he was a poet before he was a gravelly-voiced folksinger),  one each by Edna St. Vincent Millay, Christina Rossetti and Emily Dickinson, and three self-penned, all couched in musical settings. 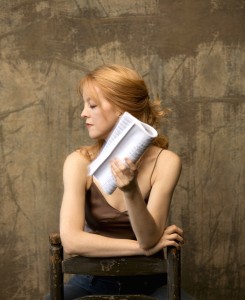 Maria Schneider (b. 1960) kept us waiting for six long years for the release of her brand-new CD, “Winter Morning Walks”. It’s no small departure from her six previous albums, in which her compositions were written for her orchestra of about 20 instruments. Technically it’s a big band, brass with a small rhythm section, but the sound is all the ephemeral, dreamy aural cloud of her mentor Gil Evans. Here Ms Shneider (from rural Minnesota) has composed works employing the poetry of Ted Kooser (rural Nebraska) and Carlos Drummond de Andrade (rural Brazil, translation by Mark Strand) sung by Dawn Upshaw (also b. 1960), a MacArthur-fellow soprano who works in both opera and contemporary classical music.

Maria Schneider: “In setting poems to music, the poems themselves speak the rhythm, etch the melodic contour, and emotionally elicit the harmony.”  Here’s her beautiful composition of Kooser’s ‘Walking by Flashlight’: Walking by flashlight/at six in the morning,/my circle of light on the gravel/swinging side to side,/coyote, raccoon, field mouse, sparrow,/each watching from darkness/this man with the moon on a leash. 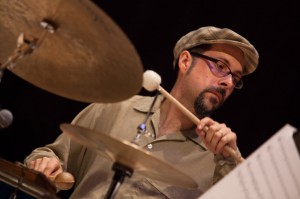 The Claudia Quintet (bass, drums, vibraphone, accordion and clarinet!) is the brainchild of progressive percussionist/composer John Hollenbeck (b. 1968). Here’s his pretty darned funny story about the group’s name. The “+1” here is a piano, a large, keyed percussion instrument occasionally employed in jazz settings. He’s worked with such luminaries as Bob Brookmeyer, Fred Hersch and Meredith Monk.

In his obscure (even for him) 2011 album “What is the Beautiful”, nine of the twelve cuts feature a vocalist singing Patchen’s poetry – four by Theo Bleckmann, five by Kurt Elling. The other cuts are ‘simply’ inspired by it. ‘Showtime’ is a tour de force creation, both in Hollenbeck’s conception and composition as well as in Elling’s over-the-top head-spinning knockout performance (what he calls ‘enlarged reality’). Just for fun, here’s another Patchen/Hollenbeck/Elling, the riotous ‘Opening the Window’ (can you imagine how much Tom Waits would enjoy this?). 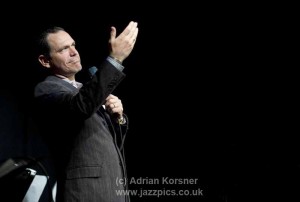 I think ‘Showtime’ is a real lesson in how to work poetry into music. If poetry is charged language, this cut is a model of extracting every last drop of meaning out of the source – not adapting the poem, not riding on its back, but honestly and humbly eliciting its very essence. It reminds us how much poetry demands from the reader. It’s not prechewed, it’s raw and autonomous and challenging. Hollenbeck and Elling, I believe, here do the work for us of interpreting or grasping the poem, and thereby demonstrate a truly innovative approach to exploring what the human voice is uniquely capable of.

I recently tripped over a truism: ‘The best things in life are acquired tastes’. Boy, do I subscribe to that.

I can’t help juxtaposing this material with Kurt Elling’s last album, “The Brill Building Project” – lyrics by Hal David, Mike Stoller, Gerry Goffin, et al. That album will hopefully sell a trillion copies and should have won a gaggle of Grammies. “What is the Beautiful” has probably sold two copies so far – to Hollenbeck’s mother and me.  Lest you think I’m being a snob here, I’ll readily admit that I’ll probably listen to “Brill” more than to Patchen/Hollenbeck. But if you catch me at my best, at my most curious and my most energetic, and you ask me: “Hey, Jeff, to your mind, what is the beautiful?”, I know what I’ll answer.