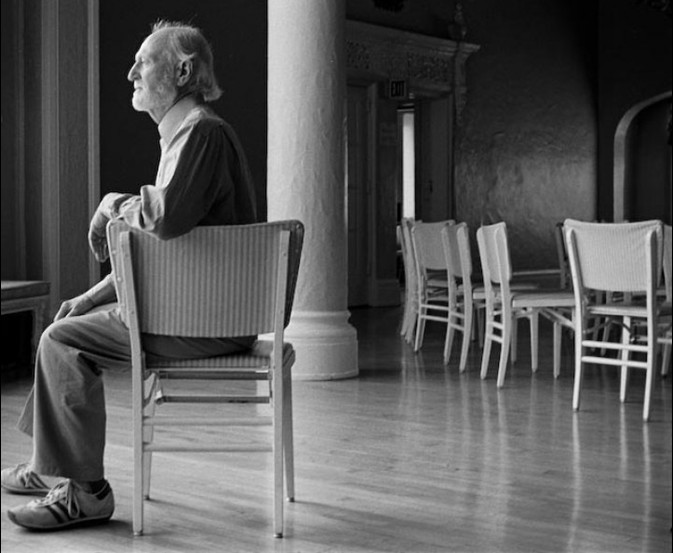 The Who – ‘Young Man Blues’ 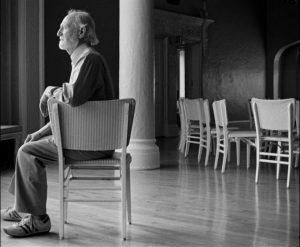 “Hey, Jeff, did you hear who just died? You gonna write about him?”

For that matter, Dylan’s Nobel prize is also a death. How can you be a revolutionary when the establishment is embracing you? Well, I guess studiously avoiding the ceremony is one way.

And I went to see Brian Wilson’s “Pet Sounds” tour in the summer. There are things worse than death, I guess.

They say “Inside every grown man there’s a teenager screaming ‘WHAT THE FUCK HAPPENED?’” Actually, it’s not ‘them’ who says it, it’s us. We all know that we were our true selves at 15, and everything that’s happened since then has been a perversion of or deviation from the person we were then. 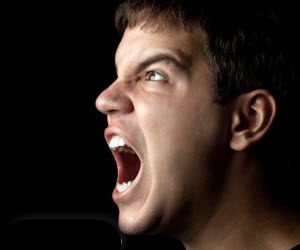 For me perhaps more than for some. I believe every person has his inherent age. I sometimes look at an 11-year old and see him as a 40-year old in disguise, or a man of 50 with the demeanor of a 9-year old.

Me, I’ve always been a teenager. You can call it youthful, you can call it creative and energetic. I usually call it arrested development.

I’ve always felt comfortable with people my own age – 17-23. Put me in a social situation with my chronological peers, I’ll most often gravitate to the more interesting among their children. Who wants to hang around with old people?

I was a high-school teacher for many years. During breaks, I’d usually hang out with the best and the brightest of the kids, rather than snore through the teachers’ room. I learned to speak Teenager. Which was perhaps pathetic in one way, but on the other served me in excellent stead for writing plays geared at a young adult audience. 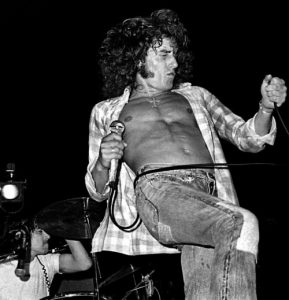 Then I began to work in hi-tech, where the median age was in the mid to late 20s. I never felt out of place there, at least age-wise. My temperament and metabolism worked well in that environment.

And now I spend my days with the 45-voice rock choir I formed three years ago. “The kids”, as I call the members, are mostly in their 20s. Those I work closely with still tell me I’m a kid at heart. They’ve witnessed up close just how profoundly irresponsible and snarky I am deep inside. But I’m the head of the group, and I try to behave in a dignified manner.

Yes, it is true that Yair and I once dropped frogs through the window into the girls’ shower and listened to them shriek. He was 17, I was 45, the drama teacher accompanying the cast of a play on an overnight. 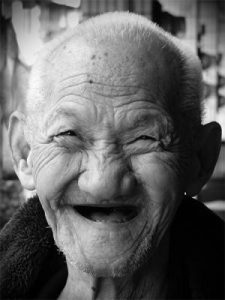 But now, with Vocalocity, I try to behave with the dignity becoming a mature and thoughtful leader. It’s a role I have some discomfort playing.

But I – the one screaming ‘WHAT THE FUCK HAPPENED?’ louder than anyone else louder than any other 68-year old in the tenth grade – am gradually becoming accustomed to the fact that I’m growing old.

I don’t eat Shredded Wheat, I don’t go wandering down the street in my bathrobe, and I don’t wear the bottoms of my trousers rolled. But it’s there.

I communicate by phone, rather than by the latest digital platform. I believe in explaining an idea before condensing it into 140 characters. I express my emotions and I try to make personal contact.

In other words, I don’t know how to communicate with Generation Y. They make me feel old. Well, they’re right, I am.

My contemporaries are dying, and in nature’s actuarial terms, it’s no longer ‘a tragedy’. It’s “young by today’s standards”, but come on – 68? As my mother-in-law RIP used to say: “So he lives to eat another sack of potatoes, so what?” We’re done. Extraneous. Over le hill. Bye, Baby. 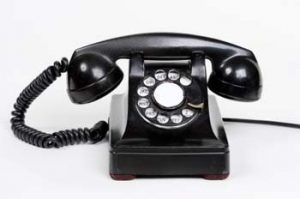 My granddaughter is a blossoming 16-year old.
I’ve met kids who know the facts of The Beatles’ career better than I do.
Barack Obama is 13 years younger than me.
I’ve fulfilled my biological, sociological and political role.

I’ve begun to reconcile myself to the fact that I probably never will learn to love opera, successfully finish writing an action novel, or date Scarlett Johansson.

Let’s face it, Jeff. You’re old. Your peers are dying. You got a few good years left, but you’re a senior citizen.
I know. But what the fuck happened? I didn’t use to be old.

I was recently in a fine, serious conversation with a bright and chipper 22-year old member of my group. She has the enthusiasm of a puppy. She’s only known me for a couple of years, and (for some reason I’m still struggling to grasp) does not really see me as her contemporary. 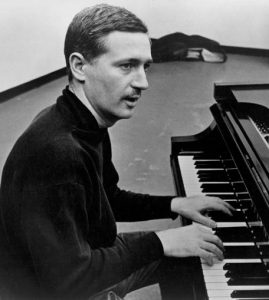 “I haven’t been old for that long,” I said to her. “It’s a new condition for me. I was young for a really long time. Up till now I wasn’t old.”
She looked at me with a sincere and utter lack of comprehension. ‘But it’s now,’ her expression said. ‘I live in now, not in then.’
I tell her I saw The Beatles perform, that I was at Woodstock. She’s as impressed as she would be if I were telling the story of the Exodus at the Passover Seder, that we all have to see ourselves as if we personally were taken out of Egypt. “That’s so cool,” she says, but in her bones she doesn’t really believe that I was there.

I’ve often thought about the fact that my grandfather was a teenager when he read in the (Yiddish) newspaper about the Wright Brothers; and that he had all his marbles when Neil Armstrong took his jaunt.

Me? I remember the Cuban missile crisis, and have lived to see the downfall of the Soviet empire. I fear that if I reach my life expectancy, I may witness the fall of the American empire as well.

I’ve lived through so many decades that I can compare them. For example, I’ve recently come to the conclusion that (at least for those choosing a traditional study>job>wife>kids>mortgage>career life path,) the decade of about 35-45 is the best one. The most optimistic one. You’re finally steady but still hopeful. The steadiness soon becomes a curse, and the hope a memory.

But, hey, you didn’t come here to hear a toothless old geezer rant and ramble about people and things that went before. You’re here for the music, and I’ve got a job to do. 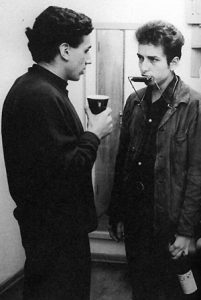 I’m no expert on Mose Allison (1927-2016), but I’ve got a lot of respect for him. He was born and raised in rural Mississippi, moved to New York in his mid-20s to make a respectable living as a jazz pianist, playing straightforward 1950s jazz with the likes of Stan Getz, Al Cohn and Zoot Sims. But left to his own devices, he played and sang a unique blend of cool, sophisticated country blues (‘Your Molecular Structure’, ‘Your Mind is on Vacation’.

Mose had a long, productive, low-key career. He recorded an album every year for a couple of decades, then slowed down. But his career was always kept afloat by the great esteem in which he was held by the cognoscenti. Mose was always Mr Cool. All along, those in the know were covering his wry, sardonic, laid-back blues compositions.

He was Randy Newman before Randy was, and I don’t think anyone would deny his influence on Dylan, The Stones and Tom Waits. He was covered by John Mayall, Leon Russell, Bonnie Raitt, Elvis Costello, and The Who. Van Morrison, together with Georgie Fame, Ben Sidran and Mose himself recorded a #1 jazz album in 1996, “Tell Me Something: The Songs of Mose Allison.”

I first encountered Mose through Gnossos Pappadopoulis, the hero of Richard Fariña’s 1966 novel “Been Down So Long It Looks Like Up To Me”. Gnossos was a fan of Mose (according to the book), as was Dick (according to his college buddy Thomas Pynchon).

Fariña (1937-66) was a harbinger of the folk music movement, duetting with his wife Mimi Baez (Joan’s sister). Together with Joan’s friend Bob Dylan, they comprised a royal foursome in the nascent Village folk scene of the early 60s, as wonderfully documented in David Hajdu’s “Positively 4th Street: The Lives and Times of Joan Baez, Bob Dylan, Mimi Baez Fariña and Richard Fariña”. 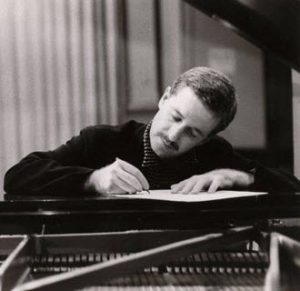 Mose and Dick are the two coolest people I’ve never met. They’re inextricably intertwined in my fuzzy memory. One died tragically young, one had a long and respectable career.

Gnossos used to listen to Mose’s ‘Young Man Blues’ back in 1958. Since then it’s been covered by youngsters such as Joe Bonamassa and Foo Fighters, but most famously by The Who, a signature song of the lads at their manic best. You can read the lyrics (Oh, well, a young man/Ain’t got nothin’ in the world these days). But seeing is believing – here from the Isle of Wight, 1970.

You want me to make sense of all this? Ferget it. I don’t know nothin’ ‘bout nothin’. Some fine old singers are dying, and I listen mostly to music made by people in their 20s, whether now or 30 or 50 or 70 years ago.

Although Chuck Berry just turned 90 and is releasing his first album of new material in 38 years.

There’s probably a profound lesson to be learned from that, but I’m not sure what it is.
Carpe diem?
After my nap.