Andy McKee & Don Ross – ‘The Thing That Came from Somewhere’

This week we’re going to try to sketch a portrait of a nebula of music–call it a style or a genre or whatever you like–that for the sake of convenience you can call it New Acoustic.

Or Fingerpicking. Or American Primitive. Or Folk Baroque. It’s been going on for threescore years, but still has no clearly defined history or borders (born in the early 1960s more or less simultaneously in the US and in the UK, with  almost no cross-pollination). Or even a name for heaven’s sake!

It even has a first cousin it’s easily confused with, Newgrass (Bela Fleck, Chris Thile, Mike Marshall, Edgar Meyer, as well as frequent visitors such as Jerry Garcia, Yo Yo Ma, Mark O’Connor and Dave Grisman). 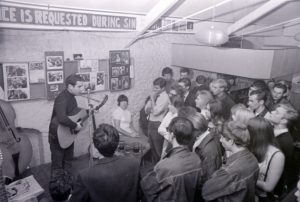 There’s tons and tons of all this stuff, so I’m just going to give you a link or two for each of the gents here. For a change, nothing exhaustive. You’ll have to do the legwork yourselves.

What can we say about it? Well, to a great degree it’s intelligent and sophisticated. virtuosic instrumental music (sans vocals), fingerpicked on a 6-string steel string guitar (or 12-string, or banjo), using old blues and country technique, often with open tuning, infused with influences from far abroad, such as Indian ragas. 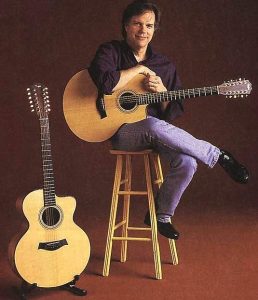 John Fahey (1939-2001) was a key figure “the first to demonstrate that the finger-picking techniques of traditional country and blues steel-string guitar could be used to express a world of non-traditional musical ideas — harmonies and melodies you’d associate with Bartok, Charles Ives, or maybe the music of India.” Here’s ‘Poor Boy Long Ways from Home’ from his seminal 1964 album “The Legend of Blind Joe Death”. Fahey established Takoma Records in the early 1960s, which kickstarted the careers of fingerpicking disciples Leo Kottke and Robbie Basho.

Leo Kottke (1945-) is perhaps the best-known card-carrying representative of New Acoustic. Despite near deafness and an insistence on staining his performances with vocals (which he acutely describes as “geese farts on a muggy day”), he’s had a long and fruitful career. If you’re interested in delving into this morass, Kottke’s probably the best place to start. I find him impressive, enjoyable, entertaining. I’d gladly go see him perform. Start with the 1971 “6 and 12 String Guitar”. But be sure you get to his brilliant, bizarre, hilarious rambling monologs. 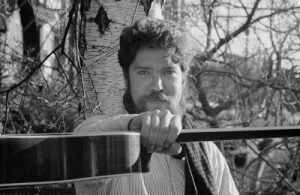 Robbie Basho (1940-1986) is understandably less well-known than Kottke and Fahey, darker and more challenging. ‘Haunting’ is his epithet. Check out ‘Song of the Stallion’– somewhere between those two disparate Johnsons, Antony and the-, and Blind Willie. With a little bit of Shlomo Carlebach thrown in. A genuinely riveting weirdo.

Sandy Bull (1941-2001) was the subject of a very recent Song of The Week, and all the enthusiastic responses to it encouraged me to try to slop all this melted jello into a box. Sandy is even less well known than Basho, to whom he’s often compared. Because he’s even further down the garden path. Which is of course why I love him so.

Meanwhile, back in the Old Country— 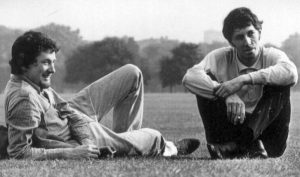 Davey Graham (1940-2008), shared with Basho and Bull a background in folk/blues and the eagerness of the ’60s psychedelic rockers to stretch out and incorporate unpredictable influences into his music. In 1961 he composed ‘Anji’, (covered by Bert Jansch in 1965 as ‘Angie’ and famously by Paul Simon in 1966).

Bert Jansch (1943-2011) is probably the best-known habitué of the New Acoustic world. Coming from a Scottish/English folk background, inspired by Graham, he in turn had a profound influence on people such as John Renbourn, Donovan, Paul Simon, Jimmy Page and Neil Young, who said that Jansch did for the acoustic guitar what Hendrix did for the electric. As with Kottke and many others, we usually try to avoid his vocals (‘Needle of Death’). He’s perhaps best known for leading Pentangle, together with his buddy John Renbourn. My personal favorite of Jansch is his uncategorizable, atypical 1979 LP, “Avocet”, one of my most listened-to albums over the years.

Pentangle, an acoustic folk-jazz ensemble with Jansch and Renbourn on acoustic guitars, Jacqui McShee in waifish vocals, the wonderful Danny Thompson on double bass and Tony Cox on drums. Almost everyone I know seems to have listened to them frequently in college. 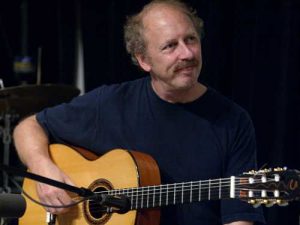 There have been generations of young explorers from Australia to Zimbabwe who can pick more notes than the number of ants on a Tennessee anthill. I’ve far from mastered this list, but I’ll try to give you a few quick pointers:

John Martyn (1948-2009) – a major artist, not strictly of this school, but employing with great success in his own unique singer-songwriter style. Much recommended. SoTW 166

Duck Baker (b. 1949) – a quirky favorite of mine, he recorded an entire album of the music of Herbie Nichols, the greatest unknown jazz pianist of the 1950s. SoTW 91. That’s the kind of cosmic synchronicity that gives me a warm, gooey feeling. 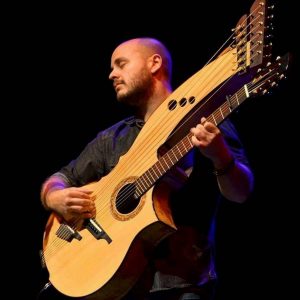 Those fingers just keep picking. I haven’t found enough meat on the bones of those fingers to delve into this ocean obsessively and exhaustively, as is my wont. With the possible exception of Sandy Bull (and of course John Martyn), I’ve never found it to be life-changing music. Entertainment, rather than High Art. But I do keep returning to it. I hope you find it appealing. If you find anything indispensable, do let me know.