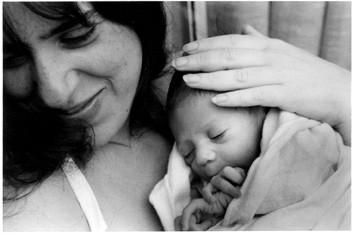 This week we’re going to talk about the meaning of life.
But don’t worry, there’s some great music in there, too.

Two events have been spinning my mind these past few weeks: my friend A. became a father (of twins) at 57; and a big pile of previous unknown Laura Nyro live recordings surfaced.

My relationship with A. is rather formal. We know each other through work, and though we have a lot of respect for each other and not a little affection, he’s (unlike me) not a gushy guy. 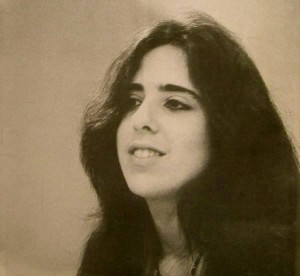 When we first got to know each other, a couple of years ago, he said to me, “I’ve never been married, don’t expect to be. I’ve come to terms with the fact that some people aren’t cut out to be part of a family. I’m an individual, and I’m cool with that. I do have this friend who’s 42 and is saying she might decide to have a kid, so maybe I’ll help her out with that. We’ll see.”

Fast forward two years: twins, cohabitation (unplanned) and shared responsibility. And lots and lots of smiles. And behind closed doors, some tears.

A. confided in me that after almost a month (there were lots of really complex logistics surrounding the birth and the new group’s arrival home) he suddenly found himself alone, at home, surrounded by quiet for the first time in weeks. And he broke down crying, out of happiness, out of a release of tension I guess, out of recognition of the momentousness of everything he’s been going through. 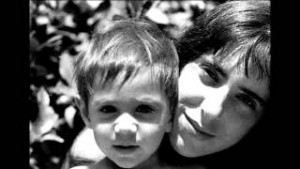 Well, joke away, A. But I’m guessing that you’re struggling to grasp that your whole being has been rocked by the quantum change in your status in this here universe. As a birth present, I bought him a cheap pen. “Why a pen?” he asked. “To change your will,” I answered.

What does having children mean, on an existential level? Well, procreation. Fulfilling that biological imperative. Just think of how much energy God and Darwin and all those guys instilled in us to make sure it happens. Think of Romeo and Juliet. Think of the intensity with which you stared at Arlene Kaplan’s pink cashmere sweater in the ninth grade. Think of the Helen, the Trojan War, Marlowe’s “Was this the face that launch’d a thousand ships,/And burnt the topless towers of Ilium?”.  Think of Phil Spector’s production of Tina Turner’s ‘River Deep, Mountain High’. 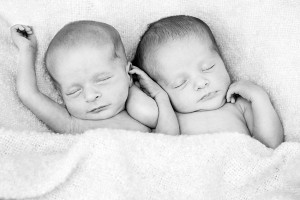 I’m 21st century enough to realize that a lot more people are choosing not to procreate, both by choice and due to circumstance, and yet lead happy and productive and full lives. For example I was recently moved by Oliver Sacks’ deathbed essays, collected in “Gratitude”. A fuller and more meaningful life than his is hard to fathom.

But when I think on the people I’ve known who do not have children, there’s a pinch in my heart. A discord. An arrhythmia. A missing link. Sorry, I’m a child of OzzieandHarrietLand. If we don’t contribute a link to the chain of life, what was it all for? What is it all about? You’ve written a poem or built a building or just gotten through your fourscore years relatively unscathed and without wreaking too much havoc on others—standing before the pearly gate, it’s hard for me to conceive of someone holding more dear any mark he’s made on the world than the progeny he’s left behind.

A wise old lady in a play I once wrote tells a 16-year old girl, “Why do you think a person has children? Because he knows that in his life, he did some things right, and some things wrong. And he wants just one more chance to correct all the mistakes he made the first time. Because now he knows better. But he can’t live again– so he makes a child. And he wants that child to do well– more than anything else in the world. He wants it so badly– that it drives him crazy. And then he drives the child crazy. Out of love. Out of wanting the child to do well. You see? Because of the love of parents for children, we have a crazy world.” 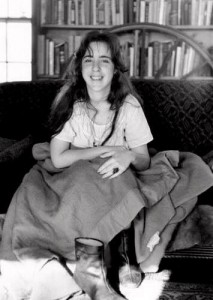 Does life have inherent significance or not? I personally have no idea what the answer to that conundrum is. If any of you out there do, please to drop me an email!

In the meantime, I’ve been mulling over the answer provided by an extravagant, eccentric 16-year old, one Laura Nyro (1949-97). It’s as convincing a statement about procreation as any I’ve encountered.

I’m not scared of dying and I don’t really care.
If it’s peace you find in dying, well, then let the time be near.
Just bundle up my coffin, ‘cause it’s cold way down there.
And when I die and when I’m gone,
There’ll be one child born and a world to carry on.

How is is possible, you ask, for a teenager to write that? Laura once said, “I think that song has a certain folk wisdom that teenagers have.” Most of the teenagers I’ve known have displayed a whole lot more hormone-choked stupidity than folk wisdom, but who am I to question Laura Nyro, one of the great and most underappreciated artists of our time?

For 50 years now I’ve been shouting Laura’s praise to whomever I can get to listen. She is a great artist. If you don’t know her, you’re denying yourself. Joni is craft; Laura, inspiration. 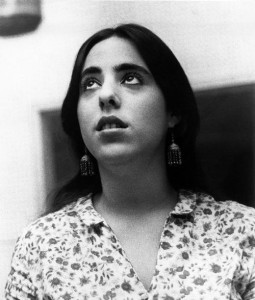 Peter, Paul and Mary gave Laura her break (at 17) by recording her song ‘And When I Die’, as the lead track on their very fine album “Album”, August 1966. And a very respectable treatment it is.

PP&M’s version does more justice to the song than Laura’s own recording on her first album (February, 1967), which contained great songs (‘Wedding Bell Blues’, ‘Stoney End’, ‘Flim Flam Man’) but suffered from an infamously insensitive production. I won’t even link here the criminally vulgar hit version of ‘And When I Die’ by David Clayton-Thomas and Blood, Sweat and Tears (December, 1968). 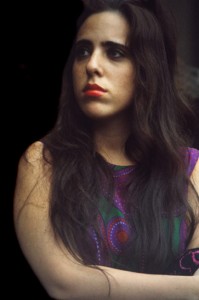 But fortunately we have about a dozen performances of the song by Laura among the various live recordings that have cropped up over the years (official and bootleg) – including 6 in this new batch, among the over 80 newly-emerged Laura Nyro tracks from six performances from four dates in 1970, 1976 and 1978.

Laura gets it. You fight off the devil with music. As I maintained when missiles were falling on my fair town daily, Laura’s music can fend off ground-to-ground missiles. So the devil’s no big challenge, right?

Give me my freedom for as long as I be,
All I ask of living is to have no chains on me.
And all I ask of dying is to go naturally.
And when I die and when I’m gone,
There’ll be one child born and a world to carry on.

At one of the lowest points in my life, when I was on the very cusp of being beaten by the devil – I mean it was really hanging in the balance – I calmly resorted to the only weapon I really understand. I put on “Eli & the 13th Confession”. Know what happened? I lived to tell the tale. 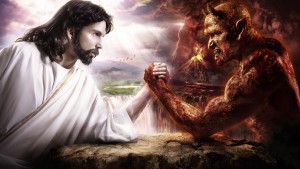 n is the biological imperative incumbent upon us millenials? Haven’t we evolved past poopy diapers?

Laura has a whole arsenal of answers to confound Satan.

Or she can just step outside the arena of nose-to-nose confrontation, as in this mellow, resigned version (July 12, 1978). You can’t touch me, she shrugs. We might want to remember that Laura’s real child, Gil, would not be born for over a year. 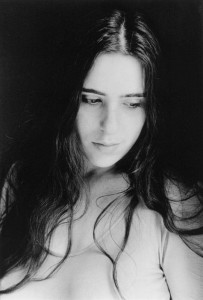 The same text serves her in 1993 (her son now a teenager, two years before she is diagnosed with the cancer that would end her life at 49) – in a minor scale, bitter in victory. Yeah, I won the game, but I’m still going down into that cold, cold grave. “Nor, in thy marble vault, shall sound/My echoing song.” Interestingly, this is the interpretation that Billy Childs and Alison Krauss chose to follow in the recent tribute/revisiting album “Map to the Treasure”. Even more significantly, every time Laura performs the song in minor she omits the line “And all I ask of dying is to go naturally” from the last stanza. It would be too speculative of me to suggest a reason, but I sure am thinking about it a lot.

But if I get my druthers, I’m going to go for Laura’s fuck-you answer (June 20, 1970, when she’s a mere 21 years old). Here Laura digs in, takes on the devil face-to-face, unflinching. She grapples, she wrestles him to the ground, and she cows him with her utter fury, vanquishes him. 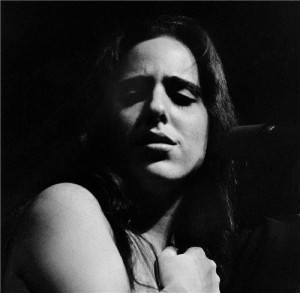 You. Will. Not. Defeat. Me.
I. Am. Stronger. Than. You.
I have defeated death. My blood, my genes, my hair color, my predilection for dried apples—they shall live on in my child.
Fuck you, Mr Devil.

So A., Laura and I both get why you’re a bit overwhelmed by the moment of what you’ve just done. You’ve just stood up to join the human collective – your ancestors, those around you, and now your descendants.

What does it mean? Believe me, I have no idea. It’s just a sort of existential game. But I do know that you made a courageous, joyous comeback deep in the second half.

Tags: And When I DieLaura Nyro