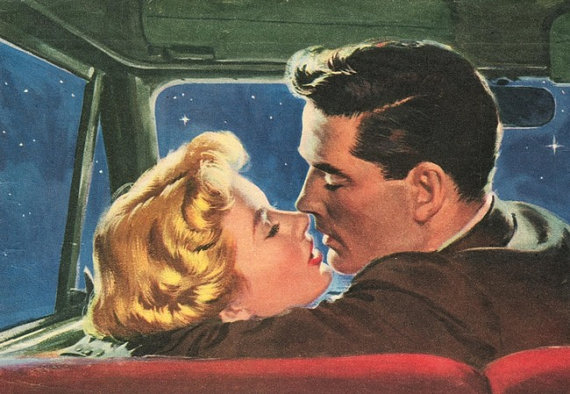 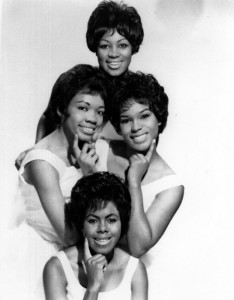 The Shirelles – ‘Will You Still Love Me Tomorrow’ (original)

The Shirelles – ‘Will You Still Love Me Tomorrow’ (live)

Carole King – ‘Will You Still Love Me Tomorrow’

Amy Winehouse – ‘Will You Still Love Me Tomorrow’

Of course I know who Amy Winehouse is. I’ve even listened to a couple of her songs. Would you like to hear a story about her?

Once upon a time, Virginia, about 30 years ago, people thought sex was bad. At least they said they thought sex was bad. You couldn’t talk about it openly on TV or in movies or in songs. But people still had it on their minds, no matter what the Brain Police said, especially hormone-choked teenagers; and since they were the ones buying 45s – What? That’s was hep slang for popular records. Anyway, it was teenagers buying these records – What? Oh. A round black thing made out of plastic that has a song on it. You know what a song is, right? You still have those? 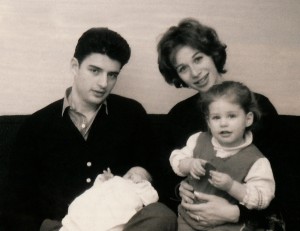 Goffin, King, and the morning after

Well, after WWII, a lot of people started having babies (though it was never quite clear back then just how), and when these babies grew up (in a certain sense, anyway) some of them wanted to make their own songs. And there were some grown-ups who let them. Two of these kids, Carole and Gerry started making music together. Their songs weren’t too successful, but their other music was, and at 17 she found herself in the family way. What? Knocked up, okay? So they got married. Gerry worked as a chemist and Carole as a secretary, and in the evenings they kept writing songs for a guy named Don Kirshner. 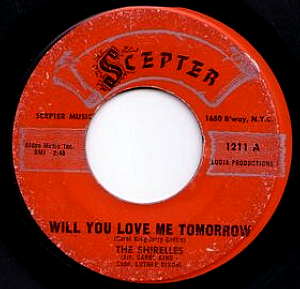 They heard a hit song on the radio called ‘Tonight’s The Night’. It was sung by a black girl group called The Shirelles. The girls sounded quite innocent, and the music was a pleasing new amalgam of black timbre, strings, and an American Bandstand slick-white you-can-dance-to-it beat. Now, Gerry and Carole – having gone down that road – understood the meaning of “You said you’re gonna kiss me/Tonight’s the night/Well, I don’t know”, even if the persona herself didn’t. So they wrote a song based on their own personal experience, which they called ‘Will You Love Me Tomorrow’.

Tonight you’re mine completely/You give your love so sweetly/Tonight the light of love is in your eyes/But will you love me tomorrow?

That idea expresses a formula that governed the war between the sexes from the beginning of time till a few years ago: men give love for sex, women give sex for love. We’re much more enlightened now. Let’s see how long that lasts. I’m betting it ain’t gonna make it 8000 years.

What does this have to do with Amy Winehouse? Well, keep your pants on. In a manner of speaking.

So Don loved the Goffins’ song, and thought it had more potential for more than a one-hit group from Scepter records, so he offered it to Columbia taste arbiter Mitch Miller for Johnny Mathis, but was politely refused, which Kirshner later said was “The best thing he ever did for me.”

Will you still love me tomorrow?

The Shirelles recorded ‘Will You Love Me Tomorrow’, and it became the first #1 hit by a girl group since the McGuire Sisters, the first ever for a black girl group.

It should be noted here that in 1960, Motown was just getting started – we’re talking about two years before The Marvelettes (‘Please, Mr Postman’, ‘Beechwood 4-5789’), four years before The Supremes. White kids weren’t yet buying records made by black artists. Girls weren’t yet singing about being amenable to sex. But indeed ‘there was music in the cafes at night, and revolution in the air’.

‘Will You Love Me Tomorrow’ was the first #1 hit for Gerry Goffin and Carole King. We’ll get back to them in a minute, but let’s hop over to picturesque Passaic, New Jersey, circa 1957, where Shirley Owens, Doris Coley, “Micki” Harris and Beverly Lee met at their high school talent show in Passaic, New Jersey, calling themselves The Poquellos. Classmate Mary Jane Greenberg (no comment Jeff, it’s not politically correct) convinced them to sign with her mother’s small record label, which was quickly sold to Decca, where the girls had a flop with their own song ‘I Met Him on a Sunday’ (later remade beautifully by Laura Nyro as the opening cut of her 1971 album “Gonna Take a Miracle”). 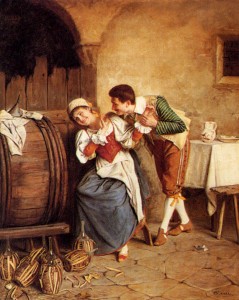 Will he still love her tomorrow?

Young Ms Greenberg started her own Scepter label, where they flopped with ‘Dedicated to the One I Love’, a cover of a 1957 R&B song by The “5” Royales, a comic/risqué band from North Carolina. So Ms Greenberg drafted Luther Dixon, who had previously worked with Perry Como, Nat King Cole, and Pat Boone and co-written the 1959 hit ‘16 Candles‘, to work with her Shirelles. The result was ‘Tonight’s The Night’, which Dixon wrote and produced. It hit #39.

Then came ‘Will You Love Me Tomorrow’ (#1, with Carole King playing timpani), followed by a re-issue of ‘Dedicated to the One I Love’ which now hit #3 (later #2 by The Mamas and the Papas, Mama Michelle’s first lead), then ‘Mama Said’ (written by Dixon, #4), followed by ‘Baby It’s You’ (written by Dixon, Burt Bacharach and Hal David, #8, covered by The Beatles on their first LP, later #5 by Smith in 1969), and ‘Soldier Boy (#1, written by Dixon). 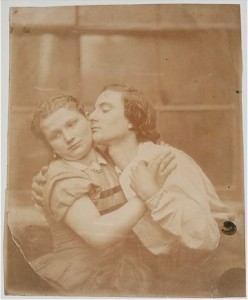 Will she still love him tomorrow?

By the way, the ‘B’ side (sorry Virginia, there’s a limit to how much I can explain) of ‘Will You Love Me Tomorrow’ was ‘Boys’ (written by Dixon), also covered by The Beatles on their first album. McCartney: “Any one of us could hold the audience. Ringo would do ‘Boys‘, which was a fan favorite with the crowd. And it was great — though if you think about it, here’s us doing a song and it was really a girls’ song. ‘I talk about boys now!’ Or it was a gay song. But we never even listened. It’s just a great song. I think that’s one of the things about youth — you just don’t give a shit. I love the innocence of those days.”

Both Beatles covers were recorded for “Please Please Me” on February 11, 1963, when they did a total of 10 tracks in one day! I remember distinctly pondering The Beatles choice of ‘oldies’ – all of two years after the originals. 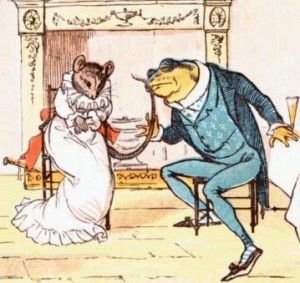 Can I believe the magic of your sighs?

‘Will You Love Me Tomorrow’ was rejuvenated a decade later by singer-songwriter Carole King herself on “Tapestry”. Producer Lou Adler: “The only thing we reached back for, which was calculated in a way, which of the old Goffin and King songs that was hit should we put on this album? And, that’s how we came up with ‘Will You Still Love Me Tomorrow‘. I thought that song fit what the other songs were saying in Tapestry. A very personal lyric.” That’s James Taylor playing acoustic and singing backup. The two of them continued to perform the song together on their 2010 Troubadour Reunion Tour. It was also performed by Trisha Yearwood, Gloria Estefan & Emile Sandé at the White House when President Obama awarded Ms King the 2013 Gershwin Prize.

‘Will You Love Me Tomorrow’ has had more cover versions than the number of ants on a Tennessee anthill – 555, according to one count. It’s been a favorite on American Idol/The Voice, but you’re going to have to check out those versions yourself, Virginia, there’s a limit to how low I’ll stoop even for the sake of completism. 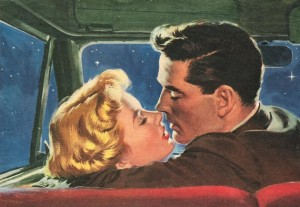 There have been some fine ones. Here’s Roberta Flack, whom I often find somewhat heavy-handed, doing a great job on it. Here’s the ever-fetching Norah Jones. Here’s the ever-marvelous Laura Nyro in an inspired version released posthumously. And yes, Virginia, here’s the version you love so much by Amy Winehouse.

A surprising number of fine artists have recorded lousy covers of the song (which I’ll refrain from linking here), including the Bee Gees, Elton John, Dusty Springfield, Smokey Robinson, Lykke Li, and Linda Ronstadt. It seems everyone loves to sing ‘Will You Love Me Tomorrow’. (I sure did, back in The Day, with my buddy Becca–who used to sing “Can I believe the magic of your size“.) So here’s a Carole King-karaoke version for you to sing along with. Go on, give it a go.

The song still strikes a responsive chord, even in an age where the boy could be singing it to the girl. Our insecurity about opening ourselves up, revealing our insecurities, praying the heat of the moment won’t leave us embarrassed in the morning. Plus ça change, plus c’est la même chose, they say. Some things don’t change, Virginia. Such as, for instance, a fine song. As your Amy Winehouse says, “I never want it to end.”

Tonight you’re mine completely
You give your love so sweetly
Tonight the light of love is in your eyes
But will you love me tomorrow?

Is this a lasting treasure
Or just a moment’s pleasure?
Can I believe the magic of your size?
Will you still love me tomorrow?

Tonight with words unspoken
You say that I’m the only one
But will my heart be broken
When the night meets the morning sun?

I’d like to know that your love
Is love I can be sure of
So tell me now, and I won’t ask again
Will you still love me tomorrow?