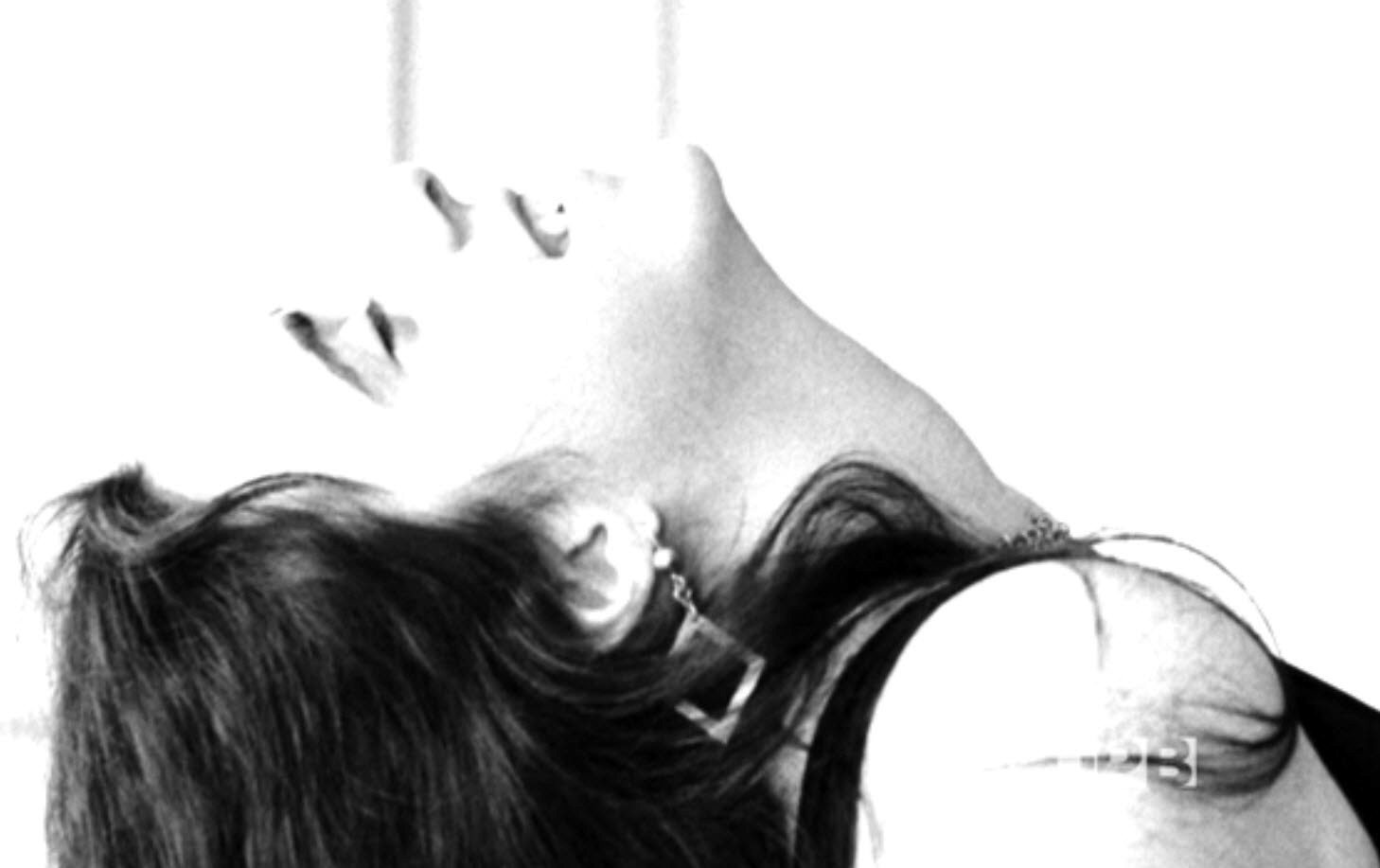 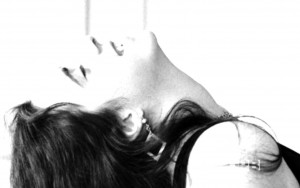 After 46 years of grabbing unsuspecting passersby by the lapels, shoving my face into their face, and shouting, wide-eyed: “Laura Nyro!” – I was justified by this PR-touted release on a major label by Childs, a Grammy-winning artist, in collaboration with his boyhood friend and collaborator, Grammy-winning Larry Klein (ex-husband/producer of Joni Mitchell, current husband/producer of the divine Luciana Souza). 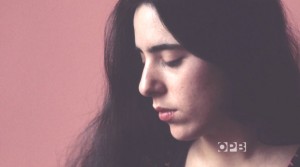 So I’ve been jousting at a particular windmill for most of my life, dooming myself to universal ridicule and scorn, and then this Hall of Fame of musical Playboy bunnies comes along and coos “Oh, Jeff, you were right all along.” So what’s my reaction?

Because I’m disappointed in myself. Laura recorded those songs as a personal, private gift to me. And it’s pandering for me to look for approval from others, no matter how many Grammies they’ve won. I’ve been intimate with Laura and her music my entire adult life – it’s informed me and inspired me and educated me and comforted me and protected me – and I shouldn’t give a wooly hoot what anyone else knows or thinks. 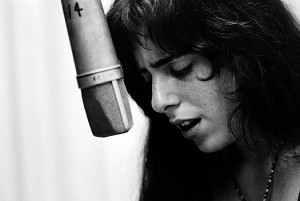 What they think – true, I don’t care. Well, I shouldn’t care. What they know – I do care. I’m an altruist, a lover of mankind, an anthrope (that’s the antonym of misanthrope). I want to share great music. I get great pleasure out of facilitating great pleasure in others.

Which is why I’m just pleased as a peacock about the release of “Map to the Treasure.” And I’m not going to get into why I listened to it a few times and went back to listening to Laura. I come to praise Laura, not to bury Billy Childs and Larry Klein, who are fine musicians and have done a wonderful service here. Tens of thousands of people will now listen to Laura, and that’s a cosmic imperative. So, from the very bottom of my heart, thank you, Billy and Larry. 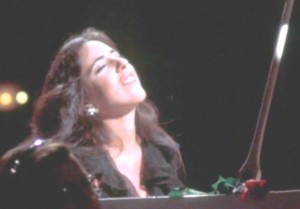 But yeah, I’m disappointed. I don’t expect much from other artists trying to rework the magnitude of Laura’s talent. Even artists I really do admire very much, such as Ms Spalding and Wayne Shorter. My greatest letdown is Rickie Lee Jones. She’s not only a great artist (as are Spalding and Shorter), but her music patently derived from/grew out of Laura’s. Rickie generously admits to that. I heard it from her mouth. (I met her a few years ago, and you can bet your booties I asked her about Laura’s influence). Here she performs ‘Been on a Train’, a diffuse, drugged-out ramble. Laura recorded a lot of those, and they’re not her best. Rickie recorded a lot of those, and they’re not her best.  So -1-1=letdown. Oh, what might have been if – oh, let’s not even go there, Jeff. 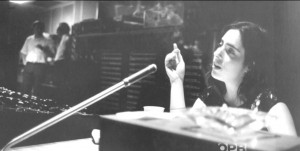 Perhaps the most characteristic cut is Becca Stevens’ ‘The Confession’. Up front: I am a Becca Stevens fan. She’s a ballsily independent, genre-flaunting singer-songwriter. She’s sweetly cocky, She’s cool. Aye, there’s the rub. She belongs to Generation X, or Y, whatever we’re up to. The ones who choose Withdraw over Engage. Those who observe wryly. As opposed to those who grab you by the lapels, shove their face into your face, and shout, wide-eyed: “Love my lovething! Love is surely gospel!”

Laura left us three live versions of ‘The Confession’: from Carnegie Hall in 1976, the 1977 “Season of Lights” version, and the 1990 Bottom Line version (charmingly mashed with ‘Hi-Heeled Sneakers’). The song is so imposingly intense that it had never been covered until Billy and Larry had Becca try it. Would that they have chosen a different song for her. Becca is a fine artist, but such up-front sexuality and spiritual epiphany are beyond her (their) emotional range. 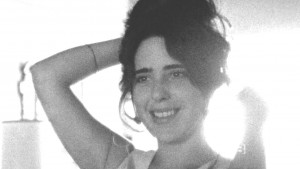 The subject of ‘The Confession’, at least ostensibly, is sex. The joy of sex. “Would you love to love me baby?/I would love to love you baby, now baby – now!”

When Laura released “Eli & the 13th Confession” in March, 1968, the two most influential female singers in rock were the androgynous Diana Ross and Aretha Franklin (who loved sex but sang about Respect). Janis Joplin (who also loved sex but sang about heartbreak) released “Cheap Thrills” the same month. Joni Mitchell entered the spotlight a year later, Carol King’s “Tapestry” only in 1971. It was Laura who shattered the glass ceiling, at least for those who were listening.

I’m talking about sex not as an entertainment, but as a central component of the revolution of which Laura was more than a harbinger – she was a catalyst. In March 1968, a woman was a companion, an addendum, a decoration. Women were not yet speaking in a Woman’s Voice. Laura was the first, at least in rock music. 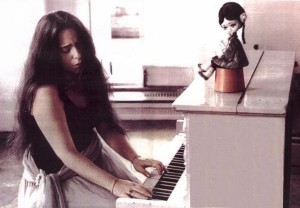 ‘The Confession’ is the closing song of “Eli & The 13th Confession”. That of course is the definitive treatment of the song, with the energizing, thrusting, pulsating guitar and drums so lacking in the later live versions. Here it exists in the context of a world of passions – devils, epiphanies, devastations and celebrations. Yeah, it starts with carnality. But her physical passion is her objective correlative of something much greater: “I keep hearin’ mother cryin’/I keep hearin’ Daddy through his grave/Little girl, of all the daughters/You were born a woman, not a slave.”

‘Little girl, you of all the daughters.’ This is a new breed. Women, throughout the generations, have been appurtenances, slaves in a Man’s World. Waiting to react, to nurture, to serve. Laura Nyro serves no man. 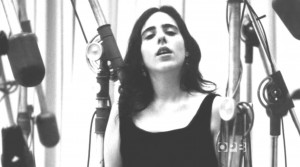 And then come the final lines of the world that is “Eli”, the ultimate confession: “Oh, I hate my winsome lover/Tell him I’ve had others at my breast./But tell him he has held my heart/And only now am I a virgin/I confess.”

Those lines are too elusive for me to or dissect with an academic explication or pin down with a definitive parsing. Why does she hate her lover’s winsomeness? His vulnerability is unsatisfying? After all her battle for independence, she wants to be taken by force, is that her confession? 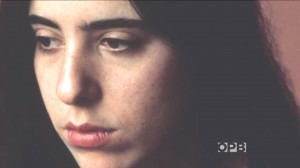 He has held her heart, she has felt love for the first time, and that has redefined her, restored her to a state of prelapsarian innocence. She has finally, after all those lovers, transcended the carnal into the spiritual? Or has she achieved a state of higher reconciliation? ‘Love my lovething, love is surely gospel’.

But I keep listening to Laura, I keep trying. And for that, I don’t need no glitzy Sony Masterworks rehabilitation. I need no confirmation. I have The Confession.

Super summer, sugar coppin’ in the mornin’
Do your shoppin’ baby, oh, I love my love thing
Super ride inside my lovething –
You may disappear, but you’ll be back, I swear.

Super summer, sugar croppin’ in the mornin’
Do your shoppin’ baby
I love my love thing
Super ride inside my love thing
You may leave the fair
But you’ll be back, I swear

I keep hearin’ mother cryin’
I keep hearin’ Daddy through his grave
Little girl of all the daughters
You were born a woman, not a slave

Oh I hate my winsome lover
Tell him I’ve had others at my breast
But tell him he has held my heart
And only now am I a virgin
I confess, I confess