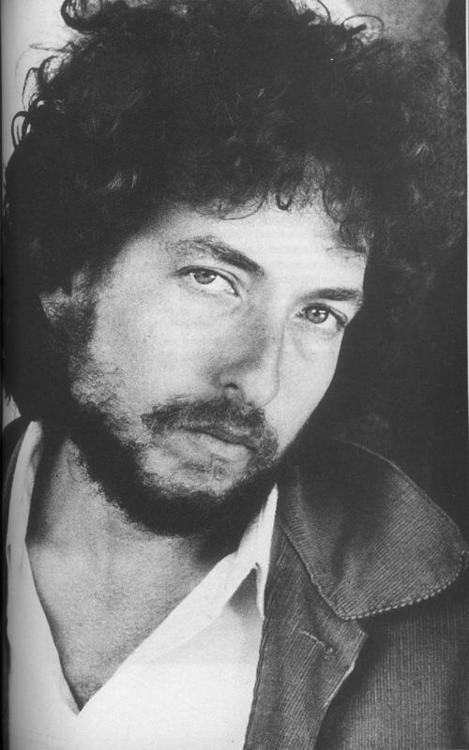 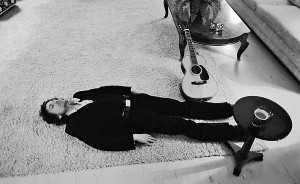 For all my Dylanite regular readers out there, the ones who believe that Bob was immaculately conceived, walks on water and conjures up loaves of bread with a sleight of his hand – close this quickly and go watch Big Brother. I’m going to talk today about both Bob’s imperfections and his perfections. These are my opinions. I’m not even saying they’re empirically correct. But it’s my blog, so I’m allowed to express them. Go shout at someone else.

Back in SoTW 164, I talked about one of Dylan’s finest songs (‘Tangled Up in Blue’) from one of his finest albums (“Blood on the Tracks”). I tell about him learning multi-perspective dramatization under painter-mentor Norman Raeben, about the dissolution of his marriage, about the jaw-droppingly casual New York sessions of the songs and about their criminally tasteless re-recording several months later in Minnesota. 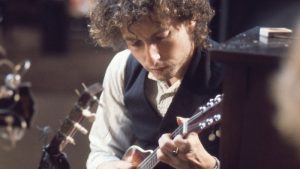 I remember my first impressions of the official release of “Blood on the Tracks”. Five of the songs I recognized immediately as among his very finest, masterpieces from the git-go: ‘Tangled Up in Blue’, ‘Simple Twist of Fate’, ‘You’re a Big Girl Now’, ‘You’re Going to Make Me Lonesome When You Go’, ‘Buckets of Rain’. Three were appealing but flawed: ‘Lily, Rosemary and the Jack of Hearts’ (although over the years I’ve learned to appreciate it deeply), ‘If You See Her, Say Hello’ and ‘Shelter from the Storm’. One was a toss-off blues, ‘Meet Me in the Morning’. And one was an aberration–

‘Idiot Wind’. Snarling, abrasive, foul. A ‘let-me-out-of-this-room’ song, Dylan at his worst. It reminded me of the debasement (pun intended) of “Before the Flood”, to which I listened once in 1974 and vowed never to expose myself to again, a resolution I’ve resolutely kept. This Minnesota ‘Idiot Wind’ had all the venom of ‘Like a Rolling Stone’, but with a hack organist instead of Al “God” Kooper, and a vocal devoid of charm, just an artless, tasteless bawling, which I’d regularly skip.

Some years later I became aware of the original New York recordings of “Blood on the Tracks,” uniformly superior to the Minnesota cuts from the released version. Except for ‘Idiot Wind’– 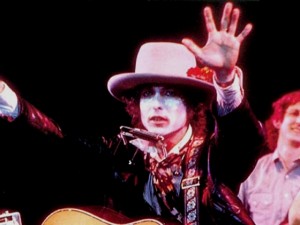 which was a wholly different song. Not the garish garage band, but two acoustic guitars, Dylan’s with open tuning in D and Eric Weissberg; a reserved, tasteful bass (Tony Brown, consciously emulating Charlie McCoy from “John Wesley Harding”); a pinch of organ for the occasional garnish, Dylan’s harmonica at the end. The tempo braked to fully elicit the passion and pain within. The strident 7th notes raised one game-changing half-step to anguished, remorseful Major 7ths. God is indeed in the details. And crucially, the vocal, no longer sneering from behind the white-faced, basketball arena mask. Here is that rarest of Bob Dylans – exposed, vulnerable, introspective, self-critical. Honest, straightforward, open. Human. 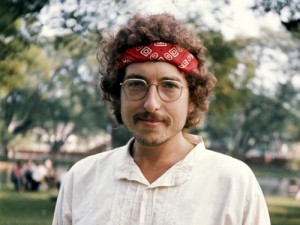 Something very terrible happened to a close friend last week. We’re both guys, so we didn’t really talk about it, just sort of grunted at each other over a couple of beers talking about 50-year old music. I think he feels profoundly wronged, but also accepts that he’s not blameless. “We’re idiots, babe, it’s a wonder that we still know how to breathe,” said I.  “And don’t think that refrain does not pass through my mind on a regular basis,” said he.

Dylan circa 1974-75 revised lyrics more frequently than he had changed underwear a decade earlier. In some cases, the changes were significant (see ‘Tangled Up in Blue’), but (astoundingly) equally brilliant. Here the changes from the original New York sessions to the say-it-ain’t-so-Bob Minnesota sessions are almost all detrimental, some as radically so as the re-recording. Check out the difference between New York’s You close your eyes and pout your lips and slip your fingers from your glove./You can have the best there is, but it’s gonna cost you all your love./You won’t get it from money. versus Minnesota’s You’ll never know the hurt I suffered nor the pain I rise above/And I’ll never know the same about you, your holiness or your kind of love/And it makes me feel so sorry.

It indeed makes me feel so sorry.  Much ink has been spilled on the confessional aspect of “Blood on the Tracks” as the log of the breakup of Dylan’s marriage. In his now-famous words, “A lot of people tell me they enjoy that album. It’s hard for me to relate to that. I mean, it, you know, people enjoying that type of pain, you know?”

If we need to feed our morbid voyeurism, Dylan said in an interview that the experience with Raeben wrought havoc at home. “Needless to say, it changed me. I went home after that and my wife never did understand me ever since that day. That’s when our marriage started breaking up. She never knew what I was talking about, what I was thinking about, and I couldn’t possibly explain it.”  And here, he sings, ‘Even you, yesterday, you had to ask me where it’s at. I couldn’t believe after all these years, you didn’t know me better than that, sweet lady.’

Tellingly, the authors of “A Simple Twist of Fate (Bob Dylan and the Making of Blood on the Tracks” (Da Capo Press, 2004) relate in their analysis (pp. 153-158) to the Minnesota version of the song (“The listener is plunged once again into the maelstrom of paranoia, blame and reproach that characterized earlier songs such as ‘Like a Rolling Stone’ and ‘Positively 4th Street’”). That’s true, guys.

But the original acoustic version is something much rarer in the Dylan canon – Bob unmasked, naked and vulnerable.