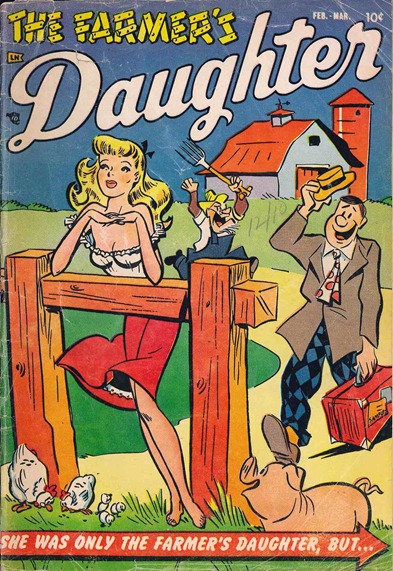 Today Bob Dylan is releasing “Rough and Rowdy Ways”, his first album of original material in umpteen years. I’m among the skeptics. But while you’re waiting in line to purchase it, here’s a reminder of what the Nobel Laureate was doing in his glory days. 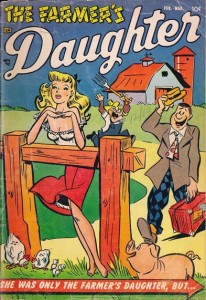 Spoiler alert! This post assumes that you’ve seen “Psycho” and remember the plot. If not, do yourself a giant favor—stop reading, and go watch the movie. It will stay with you for as long as you live.

Have you heard the one about the traveling salesman and the farmer’s daughter?

Have you ever thought about what happens when a brilliant, brash, young overthetop songwriter amalgamates a corny old dirty joke with the cinematic masterpiece of our deepest insecurities?

The Traveling Salesman and the Farmer’s Daughter

The farmer’s daughter is a stock character in a template of dirty jokes in which the salesman’s car breaks down on a country road (on a rainy night, obviously). He knocks at the nearest farmhouse asking for shelter. The farmer agrees to house him, on the condition that he not go near his luscious, innocent daughter. Later that night…, and then comes the specific Farmer’s Daughter Joke. It usually includes the beast of two backs, dénouement, and a hurried getaway accompanied by a lot of shouting and a shotgun. 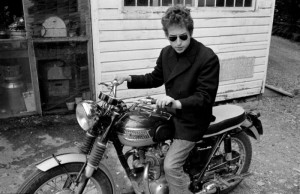 “Psycho” is too often misremembered today as an ‘old horror movie’, whereas in fact it is a most profound work of art expressing our deepest fears and anxieties, the same seam mined by Franz Kafka. It was the most profitable black-and-white sound film ever made, and the most profitable in the career of Alfred Hitchcock (1899-1980).

Many of its scenes, setups, even frames, have become indelible in our collective minds. The graphically half-dressed Janet Leigh cavorting with her boyfriend, shocking for 1960 moviegoers (AH: “I wanted to give a visual impression of despair and solitude in that scene.”). Martin Balsam climbing the stairs (I’m guessing this scene is the origin of what has become a cliché.) Our rooting for the car with the detective’s body to sink all the way into the swamp. (AH: “I was directing the viewers. You might say I was playing them, like an organ.”) 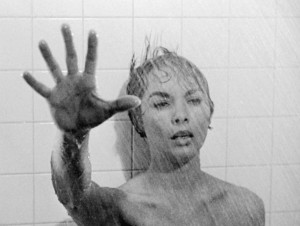 And of course, the shower scene. No one who has seen the movie can take a shower in a hotel room without trying to not think about it. It is so memorable because it’s shocking in so many ways. We think we’re watching a story about whether Marion Crane (Janet Leigh) will get away with her theft or not. Female leads don’t get killed a third of the way into the movie. Norman Bates (Anthony Perkins) is an awkward, likeable young man. (AH: “The killing is pretty much like a rape.”) The scene is absolutely unexpected, horrifyingly graphic without penetration (of the knife). The details occur in our mind. The violins, the blood going down the drain. To the end of her life, Janet Leigh took only baths.

The quotes from Hitch, by the way, are from the book “Hitchcock” by Francois Truffaut, a series of interviews by one great critic/director with The Master, covering his entire oeuvre. It’s one of my favorite books in the whole world.

Another Side of Bob Dylan

In February, 1964, Dylan was a phenomenon that neither the suits nor the audience quite knew what to make of. He was the poet laureate of the protest movement, voice of the burgeoning subculture fighting for civil rights and against the Vietnam war. His previous album, “The Times They Are A-Changin’”, was comprised mostly (7/10) of ‘socially conscious’ songs. Finger-pointers. Protest songs.

Then Dylan took a 20-day cross-continental road trip with three friends, checking out America and himself and writing songs. BD: “We were driving through Colorado, we had the radio on, and eight of the Top 10 songs were Beatles songs … ‘I Wanna Hold Your Hand,’ all those early ones. They were doing things nobody was doing. Their chords were outrageous, just outrageous, and their harmonies made it all valid … I knew they were pointing the direction of where music had to go.” 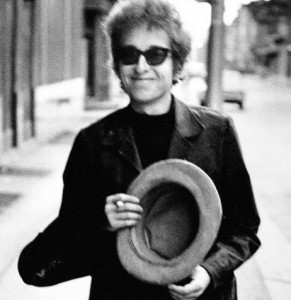 In March-April he rented an electric guitar and took LSD for the first time. On June 9 he recorded 14 songs in a single session. Eleven of the songs became “Another Side of Bob Dylan”, with ‘Denise, Denise’, ‘Mama You’ve Been on My Mind’ and ‘Mr Tambourine Man’ (here’s the original recording from that session) were rejected. A number of unsuccessful songs made the cut (‘Black Crow Blues’, ‘Spanish Harlem Incident’, ‘To Ramona’, ‘Ballad in Plain D’).

Nonetheless, the album is a tour de force of ebullience, introspection and joy.  ‘Chimes of Freedom’ looks at the same social materials as his previous works, but with a view that is distinctly personal and revelatory (the LSD experience?). ‘My Back Pages’ is his expressed rejection of social protest. Dylan was transmogrifying from topical troubadour to poet of the road. 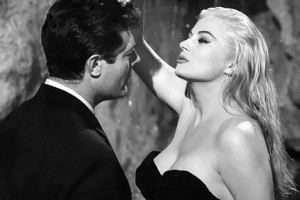 ‘All I Really Want to Do’ is a hilarious, textually brilliant, disingenuous seduction song (all he really wants to do is the exact opposite of his ostensibly innocent desires – he wants to get into her pants.) ‘I Don’t Believe You’ and ‘It Ain’t Me Babe’ are the prototypes of his ‘Like a Rolling Stone’ genre of put-down songs. But “Another Side of Bob Dylan” isn’t about anger. The profoundly comic ‘I Shall Be Free No. 10’ and ‘Motorpsycho Nightmare’ are fun; in contrast with even the ‘humorous’ songs on the subsequent “Subterranean Homesick Blues” and “Highway 61 Revisited”, both of which explode with anger. “ASOBD” is a pastiche of directions, but all sharing the common tone of affirmation—unique in Dylan’s golden first decade. It’s not until “Nashville Skyline” and “New Morning” that he has anything good to say about the world. And neither of them are as incisive, probing or convincing as the successful songs on “ASOBD”.

As a composite, “ASOBD” is a work of genius, too often overshadowed by the masterpieces that came before and after. 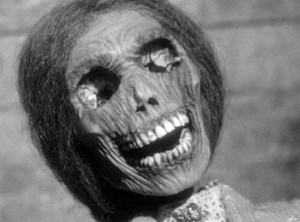 What elevates ‘Motorpsycho Nightmare’ above a simple take-off joke song (let’s say ‘Rocky Raccoon’ or ‘Fourth Time Around’, two fundamentally derivative tribute/spinoff/parody songs which never rise above the initial conception)? First of all, the mix of disparate yet suitable elements. On the one hand, Bates Motel is not so different from the archetypal farmhouse. And Norman does indulge in some pretty spiffy cross-dressing. 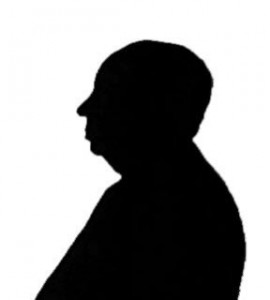 But Dylan makes it all his own. He changes Mother Bates into the Rita/Anita Ekberg seductress. He adds to the mix the political/cultural schism brewing in the US (conservative America’s anti-intellectual paranoia over leftist agitators). The song was made in 1964, the height of the Cold War, the year Barry Goldwater ran for president.

Dylan employs here his remarkable talent as a wordsmith, an aspect of his songwriting that often goes unnoticed. Yes, he’s surprising and imaginative and precise and profound. Indeed, a poet. But he’s also a consummate craftsman à la Cole Porter. “I was sleepin’ like a rat when I heard something jerkin’/There stood Rita lookin’ just like Tony Perkins.” “Then in comes his daughter whose name was Rita/She looked like she stepped out of La Dolce Vita.” I can see him grinning at those lines, proud as punch over his cleverness. And rightfully so. 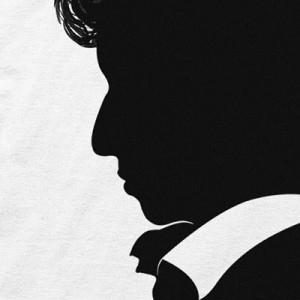 And the loopy, loony narrative humor. He sees Rita, and “I immediately tried to cool it with her dad/And told him what a nice, pretty farm he had.” Our narrator impatiently wants to get at the girl, but the old man insists on engaging him in a political debate. Or the obstacle to his running away: his promise to the farmer to milk the cow in the morning.

So what do we have here? A yarn, a dirty joke stood on its head, a sleight of hand game of memes and tropes; a tour de force of archetypes and stereotypes and prototypes; the brilliant humor of a brilliant artist at the pinnacle of his technical and imaginative powers.

Have you heard the one about the traveling troubadour?

I pounded on a farmhouse lookin’ for a place to stay
I was mighty, mighty tired, I had come a long, long way
I said, “Hey, hey, in there, is there anybody home?”
I was standin’ on the steps feelin’ most alone
Well, out comes a farmer, he must have thought that I was nuts
He immediately looked at me and stuck a gun into my guts

I fell down to my bended knees
Saying, “I dig farmers, don’t shoot me, please!”
He cocked his rifle and began to shout
“You’re that travelin’ salesman that I have heard about”
I said, “No! No! No! I’m a doctor and it’s true
I’m a clean-cut kid And I been to college, too”

Then in comes his daughter whose name was Rita
She looked like she stepped out of La Dolce Vita
I immediately tried to cool it with her dad
And told him what a nice, pretty farm he had
He said, “What do doctors know about farms, pray tell?”
I said, “I was born at the bottom of a wishing well”

Well, by the dirt ’neath my nails I guess he knew I wouldn’t lie
“I guess you’re tired” he said, kinda sly
I said, “Yes, ten thousand miles today I drove”
He said, “I got a bed for you underneath the stove
Just one condition and you go to sleep right now
That you don’t touch my daughter and in the morning, milk the cow”

I was sleepin’ like a rat when I heard something jerkin’
There stood Rita lookin’ just like Tony Perkins
She said, “Would you like to take a shower? I’ll show you up to the door”
I said, “Oh, no! no! I’ve been through this before”
I knew I had to split but I didn’t know how
When she said “Would you like to take that shower, now?”

Well, I couldn’t leave unless the old man chased me out
’Cause I’d already promised that I’d milk his cows
I had to say something to strike him very weird
So I yelled out “I like Fidel Castro and his beard”
Rita looked offended but she got out of the way
As he came charging down the stairs sayin’, “What’s that I heard you say?”

I said, “I like Fidel Castro, I think you heard me right”
And ducked as he swung at me with all his might
Rita mumbled something ’bout her mother on the hill
As his fist hit the icebox he said he’s going to kill me
If I don’t get out the door in two seconds flat
“You unpatriotic rotten doctor Commie rat”

Well, he threw a Reader’s Digest at my head and I did run
I did a somersault as I seen him get his gun
And crashed through the window at a hundred miles an hour
And landed fully blast in his garden flowers
Rita said, “Come back!” as he started to load
The sun was comin’ up and I was runnin’ down the road

Well, I don’t figure I’ll be back there for a spell
Even though Rita moved away and got a job in a motel
He still waits for me constant, on the sly
He wants to turn me in to the F.B.I.
Me, I romp and stomp thankful as I romp
Without freedom of speech I might be in the swamp

207: The Beatles, ‘Rocky Raccoon’; and Bob Dylan, ‘Frankie Lee and Judas Priest’/’Lily, Rosemary and the Jack of Hearts’