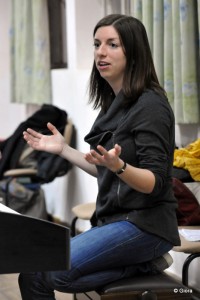 Okay, maybe there’s a drop of hyperbole there, but I’m infatuated. I have been for a number of years now, starting with my involvement in Modern A Cappella, whose epicenter is in Den Norr/Nord. (Even the fine Australian quartet call themselves The Idea of North.)

The situation was profoundly exacerbated last week with the visit of the wonderful Line Groth Riis from Aarhus, Denmark, to workshop with the a cappella community here in Israel, especially with Vocalocity, the biggest little group in the land. Line told me there were 17 hours of sunlight in Denmark in January. There was an average high of 20°C in Tel Aviv during her visit. So how is it that we all felt that it was she who was bringing the sunlight here?

This irrational, exaggerated infatuation (aren’t those defining traits of infatuation?) began with The Real Group, spread through Rajaton and Vocal Line and a myriad of other a cappella groups; traveled through Nordic roots music; and recently taken me on out to some cutting edge pop that has me mystified and baffled and intrigued and enthralled. 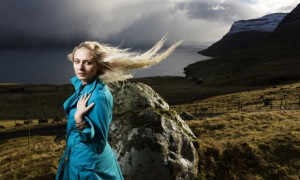 Eivør is as far out musically as she is geographically. She hails from the Faroe Islands, a village named Gota actually. She’s a bona fide star in Iceland and Denmark, and is traveling the world as Marilyn Monroe in an avant-garde opera. The core of her original music is haunting, mystical, wind-swept barren Atlantic island folk/roots. She’s also beautiful, charming, and spiritual. I met her a year ago in Denmark, and felt like I was talking to a persona who’d just stepped out of a myth, or a fairy tale. Give a listen. I promise to write more about her sometime soon. 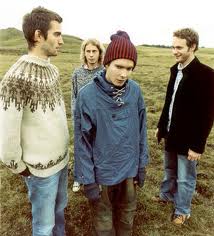 Moving from a country of 50,000 to one of 320,000, we all thought Bjork was as bizarre as Iceland could get. Well, we were wrong. For a year now I’ve been under the spell of Sigur Rós, a “post-rock” group led by Jónsi Birgisson. (That’s a new sub-genre of often instrumental music using guitars, drums and unusual instruments in non-rock timbres and textures. Huh?) Their music is haunting, ephemeral, hazy. My favorite of their dozen CDs is “()” I thought I was the only person east of the Faroe Islands to have heard of these guys. But it turns out their spellbinding sound pallet has been drafted for projects as disparate as BBC’s natural history series “Planet Earth” and their ads for the 2006 FIFA World Cup, as well as in the films “Vanilla Sky” and even “We Bought a Zoo”! What is this world coming to? 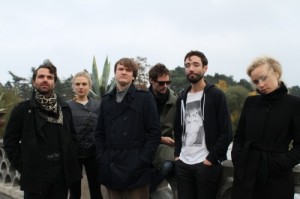 And now I’ve been listening to Jannis Noya Makrigiannis’ band Choir of Young Believers, who are legitimate stars in a real country (Denmark – I’ve been there, I can testify). Especially their song ‘Hollow Talk‘ (which just happens to be the theme song of the Danish/Swedish TV  series “Bron/Broen/The Bridge”). Let me tell you what I hear in these artists. I fully realize that I’m talking through my hat (that’s the euphemized version of the expression) about the Scandinavians. All the artists I’ve encountered from there are intelligent, refined, sophisticated, and as a group most certainly don’t need me to tell them what they’re doing. But I’m enthralled, and I want to share that, even if I don’t know what I’m talking about. What can I say in my defense? I call ‘em like I see ‘em. 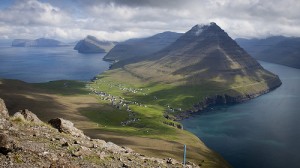 I hear the geography in their music. I hear barren islands in Eivør’s music, steaming hot springs in a frigid expanse in Sigur Rós’ music, expanses of cold Atlantic shores in Choir of Young Believers. In young American and British Indie bands, even the best of them, the context I hear is a recording studio. There’s no continuum with the world outside. Here, in these Nordic sounds, I’m hearing the wind-chill factor, ice and shivering and darkness. 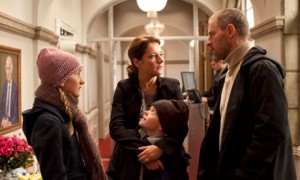 Could it have something to do with national wealth, abnormal security, sunlight deprivation and the evolution of social mores akin to growing a third eye, a sort of ET of the north? A whole new species of modern society growing right before our eyes in the dark crannies of the fjords eerily illuminated by Aurora Borealis? 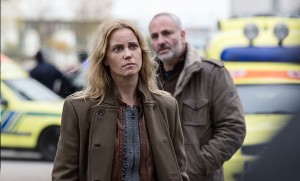 There’s a genre of crime fiction called Nordic Noir, characterized by a harsh, unadorned style with a dark, morally complex mood. Authors include Stieg Larsson, Jo Nesbø, and Henning Mankell (the Kurt Wallander detective series). The first I tried and didn’t get caught by, the latter is waiting on my shelf. But in the meantime, I have been pursuing my concomitant obsession, Nordic Noir mini-series.

The template is an emotionally scarred Danish/Swedish female homicide detective chasing a psychopathic serial killer, one story over a season of eight 90-minute episodes. Most of the shows I describe here deviate from that format in one way or more, but they all draw from the same somber, murky, sharply observed world. The worst of them is better than anything else around. At their weakest they’re implausible. At their best, they’re dramatically precise, visually stunning, emotionally wrenching, and so scary it hurts. On occasion they transcend scary into seriously spooky. 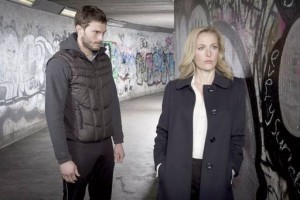 A friend of mine whose taste I admire says he won’t watch any television in which all of the characters are beautiful. These Nords are humanly complex, blemishes and foibles and all, uniformly vulnerable and riveting. Alphabetically:

These series (serieses, as I like to call them) are the reason I haven’t been getting anything else done for the past half year. I’ve checked out the US versions of “The Killing” and “The Bridge”. Do yourself a favor, go for the originals – the gloomy, dark, angst-ridden, terrifying, human world of Nordic Noir.

Jeff’s posts on The Real Group

Jeff’s posts on A Cappella