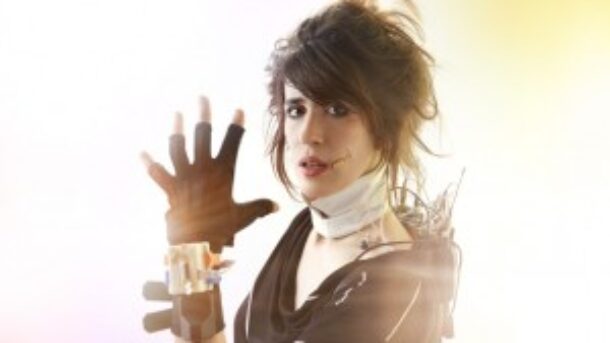 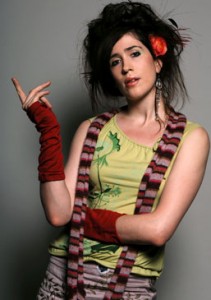 I remember the time I knew all the music.

Well, at least all the music that I cared about, which was Rock and Roll, from Paul Anka to Jackie Wilson (there were not yet musicians whose names began with X, Y or Z in those days). It was 1963 to 1964. I began listening to the Top 40 in 1962, when I was 14. It took me a year to learn all the Oldies (1956-1961), and there you go. Me and Leonardo DiVinci, possessors of all knowledge. He had less of a challenge, since there was so much less to know in 1500. I do realize that I hadn’t mastered painting, sculpture, architecture, musical composition, mathematics, engineering, inventing, anatomy, geology, cartography, botany, or the fastball. But Leo didn’t know bubkes about Chuck Berry, so it kind of evens out.

It’s all been downhill since then. I chose to live my 20s, 30s and 40s in Foreign Land with Bad Radio, so I was patently out of the game by ideological choice. But now in my twilight years, with MTV and the interweb and iTunes, there’s no excuse. All them kids out there making music, a lot of it well worth listening to. The quantity grows exponentially every Saturday night, while my mastery shrinks to infinitesimal levels. 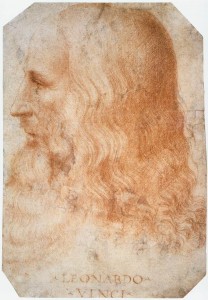 I can’t keep up with everything, so I fall back on being a historically significant relic (“Hey, you whippersnapper, I was at Woodstock!”, my hands tremoring on the knob of my cane) and dealing in obscure but curiously edifying niche genres. Like the Beach Boys “Unsurpassed!”, a 300-CD archive of all 400 takes of ‘409 (She’s real fine my)’ and its ilk. Or the pretty cool Finnish surf jazz combo Dalindèo that my buddy KK turned me onto yesterday. Or modern a cappella.

There’s this scene that I belong to. Some of you may be familiar with its Amirkin version via the film Pitch Perfect and the TV series The Sing-Off. But I’m a cult member of the European version. (I just returned from the Swingle Singers’ London A Cappella Festival, where I shot up a double dose of my babies’ love.) Specifically, northern Europe. More specifically, Scandinavia. More specifically, Denmark and Sweden, although Finland, Norway, and Iceland have a lot to offer as well. 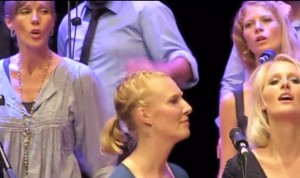 One of the luminaries of our growing cult is the Danish “rhythm choir” Vocal Line, under the baton of Jens Johansen. I’ve written about them a few times, and will continue to do so in the future, because my admiration for them is rajaton (that’s ‘boundless’ in Finnish, and I’m just showing off the one word I know in that bizarre language, because it’s also the name of one of the finest a cappella groups performing today).

Vocal Line is composed of 32 trained young singers centered in Aarhus, Denmark. The fact that all of the females of the group are stunningly beautiful has nothing to do with my interest in them whatsoever. My interest is purely musical, and very deep. I’ve been riveted by them since I first heard them (in Västerås, Sweden) in 2008. Actually, I’ve been so inspired by them that I founded a rhythm choir, Vocalocity, half a year ago. Our musical director is Kevin Fox, but while he’s busy Swingling around the world, we’ve been bringing in some of the finest AC folks in the world to impart to us some of their wisdom, experience, talent and inspiration. In two weeks, Vocal Line’s assistant conductor Line Groth is coming to our little corner of the world to workshop and rehearse with us, and I’m pretty darned excited about it. She’s a great singer, arranger, conductor and teacher, and we’re planning on learning a lot from her. 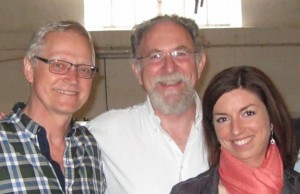 What, you may ask, is Vocal Line’s repertoire composed of? Well, Jens and I are from the same doddering demographic (notwithstanding that he’s in a whole different league of cool), and in addition to a lot of fine Nordic singer-songwriters, he’s covered old-timer old-favorites such as Joni Mitchell (‘Blue’, ‘Both Sides Now’), Paul Simon (‘Still Crazy After All These Years’), Sting (‘I Was Brought to My Senses’), and Leonard Cohen (‘Hallelujah’). I’m very proud to say that I’d heard of every one of those fine artists. But Vocal Line has also forced me to pay more attention to some significant artists that I was insufficiently familiar with, such as Kate Bush (‘Wuthering Heights’), Prince (‘Kiss’), Bjork (‘Isobel’, ‘Hyperballad’) and Peter Gabriel (‘Don’t Give Up’, about which I wrote an entire SoTW) . 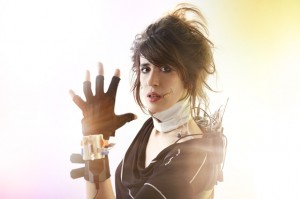 Imogen and her Magic Gloves

But my point here (believe it or not, in my befuddled mind there is one), is that it is through them that I’ve been introduced to some younger artists whom I just hadn’t gotten around to or might have missed. Like Coldplay (‘Viva La Vida’). And like our featured Song of The Week, ‘Let Go’ by Imogen Heap.

Imogen Jennifer Heap (b. 1977) is one of those young ‘uns that I don’t begin to understand but sure do enjoy listening to. She’s made three solo albums – “iMegaphone” 1998, “Speak for Yourself” 2005, and “Ellipse” 2009; and one (“Details”, 2002) as part of the duo Frou Frou. ‘Let Go’ is the opening cut of this riveting album, made famous through the teen flick Garden State, starring the heart-breakingly charming Natalie Portman. 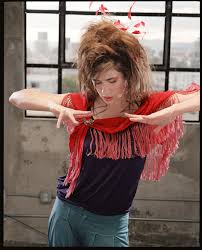 I’ve listened to all four CDs maybe a hundred times altogether over the last year, and there’s almost nothing about them that I understand. I don’t get the sound, a mix of “alternative pop/rock, Euro-pop, and electronica”, none of which mean anything to me; and I don’t get the attitude, which is Pinteresquely threatening and utterly creepy.

The attitude. Imogen frightens me. She’s a new breed of female, a breed I’m not wired to deal with. She speaks in imperatives, and they ain’t “Take out the garbage, honey.”

Pay close attention. Snap out of it. Do just what I tell you/And no one will get hurt/Don’t come any closer. Don’t try that again. Don’t make a sound/shh/listen/Keep your head down. Listen up/Hear me out. Come here, boy. From ‘Let Go’: “Jump in/Oh well, what you waiting for?/ You’ve twenty seconds to comply/It’s all right/’Cause there’s beauty in the breakdown”. (“Beauty in the Breakdown” is the title of the Vocal Line CD which houses the song.) Whatever happened to Venus in Blue Jeans? 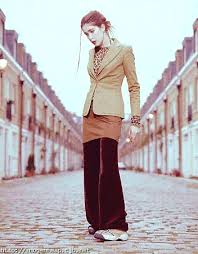 The sound. Imogen does a lot of the recording in her basement. She’s a wiz on all that electronic equipment that, if I understand correctly, is plugged into the wall and runs on electricity. She’s also invented a pair of magical musical gloves. If you have the courage, or if you’re under under 30, watch this 20-minute demo. There’s a pretty good chance that, like me, you’ll never forget it. If you’re a baby boomer, you may also (like me) be made to feel very, very old.

But she creates a pastiche that’s utterly riveting. I’m guessing that’s what inspired Line Groth to write her stunning arrangement of Imogen’s ‘Let Go’. The sound palate of a large rhythm choir is perhaps an arcane subject to some, but it’s been the most engaging subject I’ve had rattling around the hardening arteries of my ageing brain in recent months. Listen to ‘It’s Good to Be in Love’. To ‘Psychobabble’ (I especially love the instrumental break from 3’20”). To ‘The Dumbing Down of Love’.  (Don’t miss this a cappella gem from “Speak for Yourself”, ‘Hide and Seek’.) Actually, every single cut on the album has a rich, evocative, intriguing orchestration that keeps me going back over and over, understanding nothing, enthralled with it all.

I’m entranced by Imogen Heap/Frou Frou’s ‘Let Go’, and I’m hypnotized by Line Groth/Vocal Line’s reading of it. Over the last year I’ve listened to both cuts hundreds of times, and I still don’t know nuthin’ ‘bout nuthin’ at all. Perhaps when Line gets here she’ll explain it to me. Or not. ‘Whatever’, as the kids say. In any case, I’m guessing the young singers of Vocalocity don’t need any explanations. Young people know everything.

Drink up baby doll/Are you in or are you out?
Leave your things behind/’Cause it’s all going off without you.
Excuse me, too busy you’re writing your tragedy.
These mishaps/You bubble-wrap/When you’ve no idea what you’re like

It gains the more it gives/And then it rises with the fall.
So hand me that remote/Can’t you see that all that stuff’s a sideshow?
Such boundless pleasure/We’ve no time for later.
Now you can’t await/your own arrival/you’ve twenty seconds to comply.