I’m like other people in many ways: I like to be entertained, I like listening to a pretty song, I like looking at a pretty girl. But where normal folk seem to be able to just turn it off and relax, my critical devils just never rest. I can enjoy Mel Brooks as well as Ingmar Bergman, ER as well as John from Cincinnati, Linda Ronstadt as well as Joni Mitchell, but I don’t tolerate insults to my intelligence. And that’s why I listen so much to the mostly-jazz Brazilian-American pianist-singer Eliane Elias – because she is interesting, intelligent, and uncommonly pleasing to look at.

I can’t think of a single reason why Eliane Elias isn’t a household name (in contrast to, for example, Astrud Gilberto, who was asked to sing ‘The Girl from Ipanema’ because she was the only Brazilian in the studio at the moment who knew enough English). EE is outstandingly talented, accessible, commercially savvy, stunningly beautiful, highly esteemed professionally, thoroughly networked. Not that she’s done poorly in her 30-year professional career – she’s recorded with innumerable jazz heavyweights, won a couple of Grammies, recorded 25 albums for major labels in a whole bunch of styles. But you’ve never heard of her, right? 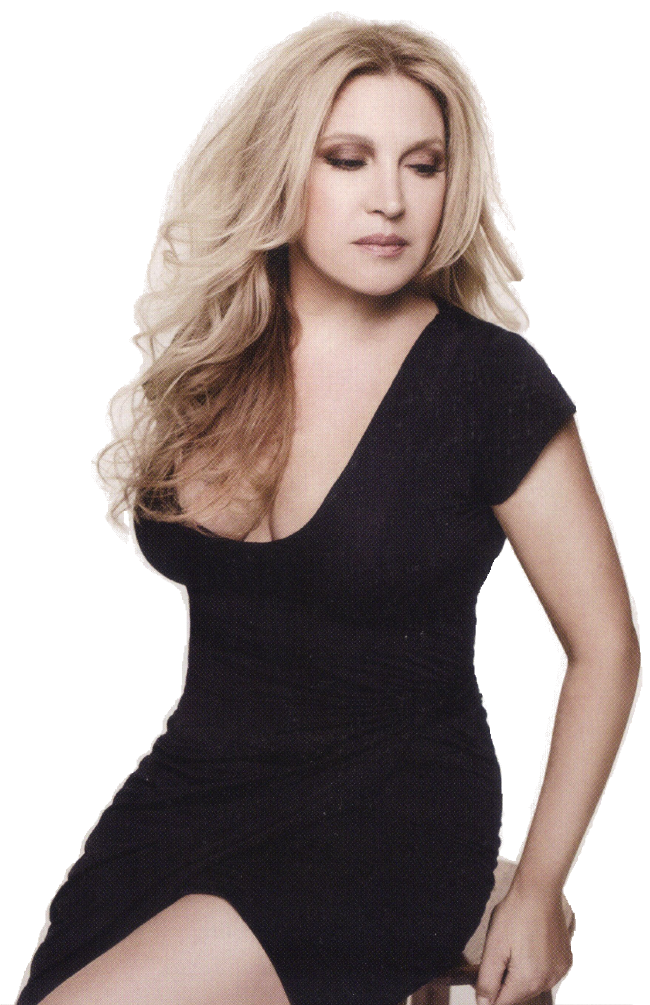 She’s a blond bombshell who plays piano nose-to-nose with Herbie Hancock, wears LBDs memorably, and sings in a sultry alto that pales Diana Krall. The comparison is telling. Eliane Elias isn’t a star, but she’s a natural blond, a serious jazz pianist, and she stays focused on the keyboard rather than the cameras.

Born in 1960 in Sao Paolo, Brazil, she grew up on classical piano. At 21 she began touring as a jazz pianist in South America and Europe. There she met Eddie Gomez, long-time bassist of EE’s guiding light Bill Evans. Gomez brought her to New York, where she became pianist for the jazz/fusion supergroup Steps Ahead, with Gomez and Michael Brecker. After leaving the group, she hooked up with trumpeter Randy Brecker, a collaboration which produced an album and a daughter, both named Amanda (1986). 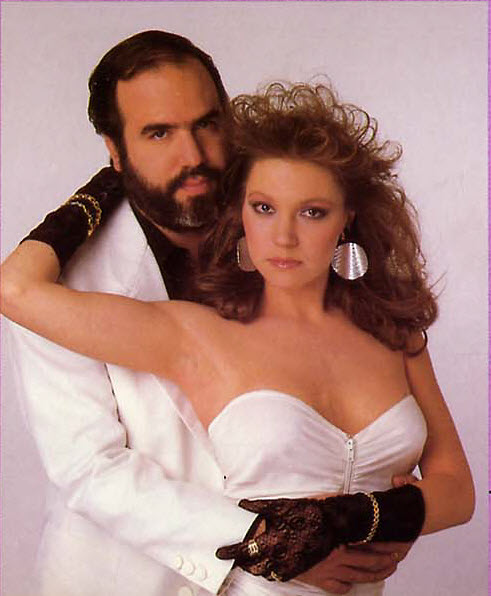 Since then, EE has called her own shots. She’s had notable collaborations with Bob Brookmeyer and Herbie Hancock (both Grammy-winners), Toots Thieleman and Gilberto Gil. She’s played and recorded extensively with drummer Jack DeJohnette and bassists Gomez and Marc Johnson, all former Evans sidemen. She recorded an album of Evans material, including a posthumous duet. She married Marc Johnson. Now, that’s a dedicated fan.

In the earlier years, she began with fusion-oriented jazz (especially with Steps Ahead), then moved to straight-ahead jazz trios (without singing), but then returned more to her Brazilian roots. She’s been singing more in recent years, from bossa nova classics to Great American Songbook standards, to contemporary pop. Throughout, she maintains her very distinctive style on both piano and vocals. 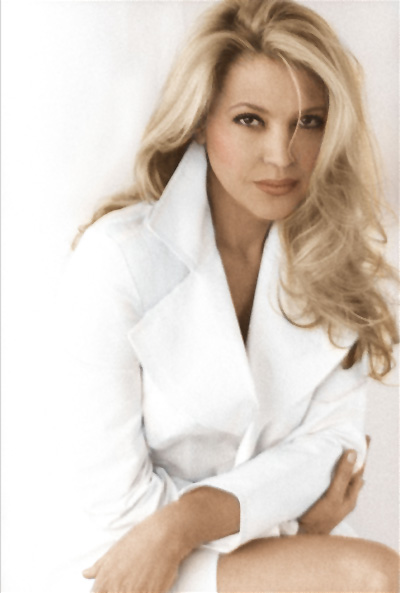 We had to pick one song for our SoTW, so we went for a favorite Eliane Elias live performance, ‘Baubles, Bangles and Beads’. It doesn’t present the whole picture, but I suppose it’s pretty typical, with her showing off her pianism, her singing, her fine taste, and a couple of other talents.

The song is a charmer of a standard, ‘Baubles, Bangles and Beads’, from the 1953 musical “Kismet”, which presents a Broadway reworking of Borodin’s music. The story is about a wily poet who talks his way out of trouble while his beautiful daughter is busy falling in love with the young Caliph. ‘Kismet’ is a Persian/Turkish word, meaning ‘fate’ or ‘destiny’.  The musical contains a number of very beautiful classic standards, including ‘Stranger in Paradise’ (here in the version I originally encountered by good old Johnny Mathis), ‘And This Is My Beloved’ (here the 1956 hit by Mario Lanza; I wonder how he’d do on American Idol), and ‘Baubles, Bangles and Beads’ (here for contrast by Peggy Lee, no slouch of a sultry chanteuse in her own right). BB&B is based on the second movement of Borodin’s String Quartet No 2 (Scherzo), here played by my favorites, the Emerson Quartet. 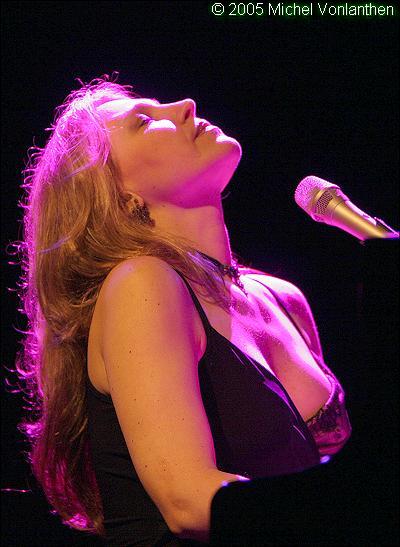 I don’t have anything very profound or revelatory to say about Eliane Elias. She’s not a life-changing artist. She’s just intelligent and tasteful and always a pleasure to listen to and look at. No mean feat, huh? I own twenty of her CDs, and I listen to them often. So I think I’ll just shut up now, give you a bunch of links to recordings and videos and photos and hope you enjoy her as much as I do.

‘Light My Fire‘ – She does. It’s the title track of her most recent CD. This must have been what Jim Morrison was thinking.

‘Waltz for Debby‘ – from “Something for You”, the Bill Evans tribute album. A marriage made in heaven.

Two from “Bossa Nova Stories” (2008) – Stevie Wonder’s ‘Superwoman’, with harmonica by Toots; and a definitive treatment of ‘The Girl from Ipanema’, the bossa nova song that first captivated America.

‘Peggy’s Blue Skylight‘, a favorite Mingus tune of mine

And here’s the best part, the clips:

Having a lot of fun with hubby Marc Johson (bass) on Chega de Saudade (2009), a Jobim song to which I once dedicated an entire SoTW

A little taste of heaven–the sultry ‘Call Me’, which was written by Tony Hatch for Petula Clark and covered by Chris Montez, but has somehow become a bossa nova standard.

A playful bossa tune, ‘Doralice’; I don’t know what she’s saying, but I could listen to her talk all day.

From 1991, in her non-vocal, non-bossa mode; 10 minutes of fine, unadorned jazz piano trio

From 1996, in her most Bill Evansian mode, with Johnson and DeJohnette

And for dessert, a live version of ‘Waltz for Debby’

January 2, 2019 by jeff Brazilian Jazz Song Of the week Vocalists 5