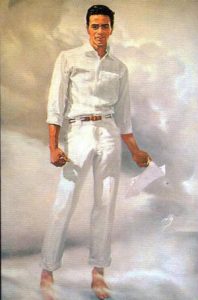 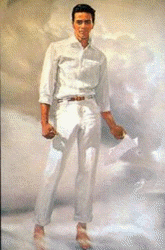 Johnny Mathis, ‘It’s Not for Me to Say’

I’m convinced that Covid is The Big Boy’s way of telling us he’s less than thrilled about how we humans have been handling ourselves. So instead of performing a sacrifice of a young virgin to placate Him, I figure I’ll offer up a confession of my most heinous sins.

Musical sins, of course. Hold on, folks, here comes a litany of all the music I was once enthralled with and am now embarrassed to have done so. To tell you the truth, it’s not too long a list, mostly from the pre-Beatles era. After they Sullivaned into our lives, we had great stuff to listen to, and our tastes evolved as we grew into college.

But back in junior high, we were stuck with AM radio. They were playing Rex Allen’s “Son Don’t Go Near the Indians” and Lawrence Welk’s ‘Calcutta’, but we got that they were crap. We even knew how to take Chubby Checker’s ‘Let’s Twist Again’ and Connie Francis’s ‘Where the Boys Are’ with a grain of salt; and were aware then of how inferior they were to The Shirelles’ ‘Will You Still Love Me Tomorrow’ and Del Shannon’s ‘Runaway’.

So I’m surprisingly comfortable with what enraptured me back then. My perspicaciousness, in retrospect, stands me in good stead.

But we’re here to talk about the trespasses. That stuff I’m embarrassed to admit that I loved once upon a pimply time. 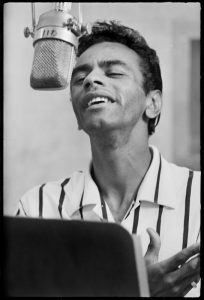 Eddie Fisher, ‘Around the World’ b/w ‘Cindy, Oh Cindy’.
My defence? I was 11, it (they) were the first 45 I ever listened to (when my sister wasn’t in her room). The fact that the second 45 I got hooked on in her room was Sam Cooke’s ‘You Send Me’ is apparently no defense. Mea culpa. x2.

Martin Denny, ‘The Enchanted Sea’.
Okay, okay, full disclosure: I had a half dozen LPs of his.
But I had this discussion one night with a cool jazz pianist (with a pencil moustache!), and he concurred that those were indeed the most exotic sounds around around at that time. Well, for 13 year-olds, Coltrane’s sheets of sound were from another universe.

Simon and Garfunkel, ‘For Emily, Wherever I May Find Her’.
I’m just too embarrassed to reveal what that song did to me back then. I don’t care, let me rot in hell. You’re not going to hear about it. 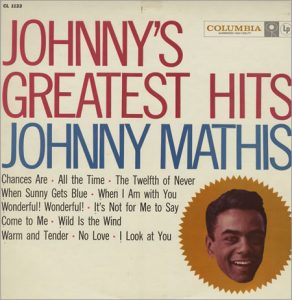 Johnny Mathis was a distinctive crooner. All the traditional MOR crooners of the late 50s/early 60s — the Sinatras and Ecksteins and Martins and Bennets and King Coles and Belafontes  – were real, ordinary male Homo sapiens. Johnny Mathis was, is, will always be – how shall I put this when I no longer speak PC ? – other.

His voice is freakishly sensuous and gooey. A vibrato that can whip cream. That did, actually. 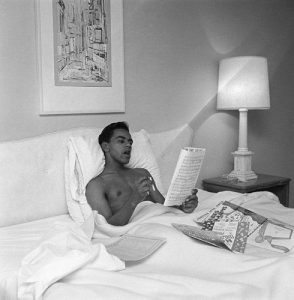 Tons of tomes have been written about prepubescent girls and androgynous pop idols. Tweenie boys have been markedly neglected. Perhaps it’s better that way.

Getting ready do my homework, my finger reaches to click on ‘Chances Are’, the first and quintessential track on the ultimate album, “Johnny’s Greatest Hits”. The album spent 491 consecutive weeks (nine-and-a-half fucking years!!) in the Billboard top 100.

I reach to click on the track, but there’s no need. It’s hardwired. That particular red button is a permanent nodule in the juke box of my mind. Columbia 1133. Just as much as Capitol 2047 (“Meet The Beatles!” for you Martians).

I can play ‘Chances Are’ in my mind at the flick of a synapse. But I can’t really hear it any more than I can hear ‘I Want To Hold Your Hand’ today. The groove is worn out. 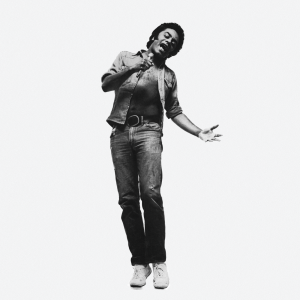 I’m not going to make excuses, even though it was 1961 and I was 13. Know what it was? It was makeout music, perfected. It was the soundtrack of my hormonal life; i.e., my life. Every time I was alone with a girl in high school in reality or in my imagination, it was playing on my Victrola or in the heavens.

I’m guessing there were a lot more misses than hits there, but I wouldn’t count on the accuracy of that memory—in either direction. That groove is worn out as well.

But now, threescore years on, the setting has changed. Or has it?  “What shall I do with this absurdity—/O heart, O troubled heart—this caricature,/Decrepit age that has been tied to me/As to a dog’s tail?”

Enough. I come to bury Johnny, not to praise him. Let’s just SoTW him and be done with it. 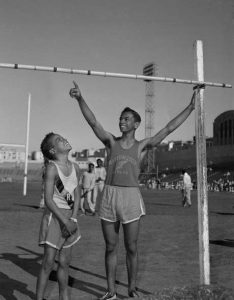 John Royce Mathis (b. 1935) was a high school high jump and hurdles star (he was asked to try out for the US Olympic team) who studied voice, including opera, for years before becoming a professional singer. He was one of the first musicians to focus on selling albums rather than singles. He’s sold well over 350 million of them, and still lives in a house built by Howard Hughes.

The songs on his early albums were garnered from Tin Pan Alley, Broadway and the Brill Building (‘Heavenly’ and ‘Faithfully’ were written by pre-Hal David Burt Bacharach!). A very surprising portion of them were penned for Johnny, including from the “Johnny’s Greatest Hits” album alone ‘Chances Are’, ‘The Twelfth of Never’, ‘When Sunny Gets Blue’ (a truly beautiful and indelible song, covered by everyone), ‘Wonderful, Wonderful’, ‘It’s Not for Me to Say’, and ‘Wild is the Wind’ (yes, the one covered by David Bowie and Esperanza Spalding). 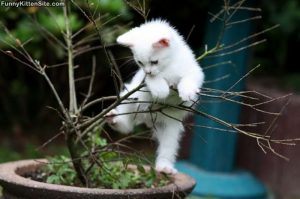 Song of The Week? ‘Misty’, hands-down.

The song was written and recorded by pianist Erroll Garner in 1954, but remained unknown. Johnny: “I heard Erroll Garner play it when I was in my teens. I was frequenting the Black Hawk, where Erroll played three or four times a year. One night, he played the tune. There were no lyrics yet. I liked it a lot. I blurted out, ‘Mr. Garner, I am going to record your song if I ever make a record.’ Several years later, Johnny Burke [ ‘Here’s That Rainy Day’, ‘Imagination’, ‘It Could Happen to You’, ‘Like Someone in Love’, ‘Moonlight Becomes You’, ‘Pennies from Heaven’, ‘Polka dots and Moonbeams’, almost all with Jimmy Van Heusen–JM] had written lyrics to it, and I had fallen in love with Sarah Vaughan’s version.” 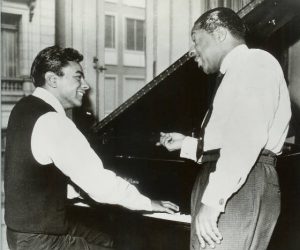 It’s been covered hundreds of times since, and was inducted into the Grammy Hall of Fame in 2002. Here’s some cool background reading about the recording of ‘Misty’ by blogger Joe Manning. Nice job, Joe!

I don’t know how many back-seat assignations were played out to its strains. Let’s tryst again, like we did last summer. But most of the couples we know owe a very certain debt to that singer and that song. And for that – thanks, Johnny.