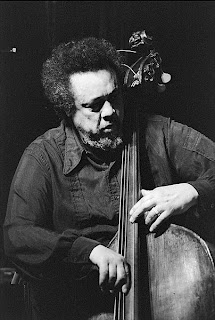 I said to myself, “Jeff, what about taking for the Song of The Week the #1 song from 50 years ago?”

And even though Johnny Horton’s ‘The Battle of New Orleans’ (6 weeks at the top of the chart; I bought that 45—what in heaven’s name were we thinking?) evokes a lot of personal memories about Wharton, NJ, and my grandparents’ TV room, I don’t have anything particularly interesting to say about the song. I thought of cheating, taking something a little before or after, but the pickings were still pretty slim. I just missed Wilbert Harrison’s ‘Kansas City’ (2 weeks), and I sure could find a lot to say about the Leiber-Stoller team who wrote it, but I thought I’d do that around one of their more typical recordings. Before that was Dave (Baby) Cortez’ ‘Happy Organ’ (1 week too many), and before that The Fleetwoods’ ‘Come Softly to Me’ (4 weeks). I even have a video of that somewhere. I was a really big fan of The Fleetwoods, but don’t have much to say there. Okay, Gary was in Navy. So?

Let’s see what we have in upcoming weeks: Paul Anka’s ‘Lonely Boy’ (4)—no way, Jose; Elvis’ ‘A Big Hunk O’ Love’ (2)—sorry, I don’t even know that, and I have no intention of going out to research Elvis’ post-army popslop; The Browns’ ‘The Three Bells’ (4)—why do I forget my mother’s birthday but remember the words to that song?; Santo & Johnny’s ‘Sleep Walk’ (2)—a great song, certainly, but I don’t know anything about them; Bobby Darin’s ‘Mack the Knife’ (9 weeks!—what were we thinking??—well, you can’t blame me, I certainly didn’t buy that one); dethroned by The Fleetwoods’ ‘Mr. Blue’ for one short week. Well, I could talk about the injustice of that, because ‘Mr. Blue’ is one truly great song, but it didn’t reach the peak till November 16, and that would be just too much of a chronoillogicality. 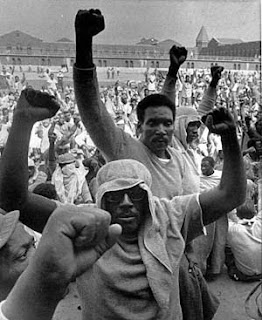 So I guess we’re not going for any 50th anniversary celebrations. But who said we need a round number? What’s wrong with a 34 year, 5 month, 3 week anniversary? Because it was on December 28, 1974, that Charlie Mingus got his quintet into the NYC studio for the session that gave us our SoTW.

I rarely wake up without musical colors in my mind. The palette is rarely blank. Who knows where they come from—a dream about a flat tire? Aunt Sadie’s impending visit? The peachiness of the peach in my cereal?

So putting on the first music of the day is usually less of a conscious decision than uncovering the music that’s been lurking in my nethermind. But on occasion, there’s a blank, and I get to actually choose what I want to hear. It doesn’t happen that often, but it can be quite exhilarating. That’s when you peer into that Pandora’s box of The Opening Cut.

Opening cuts, you know? Those songs that look the room’s silence right in the eye and say, ‘Stand back man, watch this!’ The first four notes of Beethoven’s Fifth. George’s first chord in ‘Hard Day’s Night’. 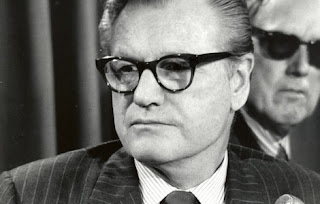 Well, one of my favorites is the opening cut of Mingus’s “Changes One” (there’s a second CD taken from the same sessions, but I’m not going to tell you its name, you’re going to need to guess it), from the very end of his career.

So on those special occasions when I get to ask ‘Whatcha gonna listen to, Jeff?’, the sound that comes grinning into my ear is the rollicking opening riff of ‘Remember Rockefeller at Attica’, sweet, soulful, sophisticated, heartlifting. Who can resist smiling at this song, feeling that lilting tilt in your be-hind?

Charles Mingus is a bona fide tortured genius. He made great music in more styles than Imelda Marcos had shoes, from the early 50s to the mid-70s. His music was frequently probing and abrasive (‘Haitian Fight Song’, ‘Fables of Faubus’), it could be heart-rending (‘Self-Portrait in Three Colors’, ‘Reincarnation of a Lovebird’, ‘Orange Was the Color of Her Dress, Then Silk Blue’), majestic (‘The Shoes of the Fisherman’s Wife are Some Jive Ass Slippers’), knee-slapping (‘Better Get Hit in Your Soul’),to this week’s song, which is downright jolly.

He revolutionized his instrument, the bass, but earned his reputation equally as a composer and bandleader. He was politically engaged, an intellectual, a writer, an entrepreneur, an iconoclast, and an obstreperous sonofabitch (known to punch out bandmates on stage–and he was the size of a Steeler linebacker).

The song has a fifty-one-bar chorus consisting of forty-two bars’ continuous melodic invention plus a repeat of the first nine bars. Don’t worry, I didn’t count them. I copied that out of a book. The book also says the song was originally titled ‘Just for Laughs Saps’.

But it finally landed on ‘Remember Rockefeller at Attica’ which refers to Governor Nelson Rockefeller’s order to the NY State Police to use force to quash the riot in the state penitentiary at Attica. Rockefeller had the reputation of being a nice guy. Mingus was known to be an irascible bully. Ten guards and nineteen prisoners died in the riot. The song is sweet and bouncy. Go figure.

104: Charles Mingus, ‘Myself When I Am Real’/’Adagio Ma Non Troppo’