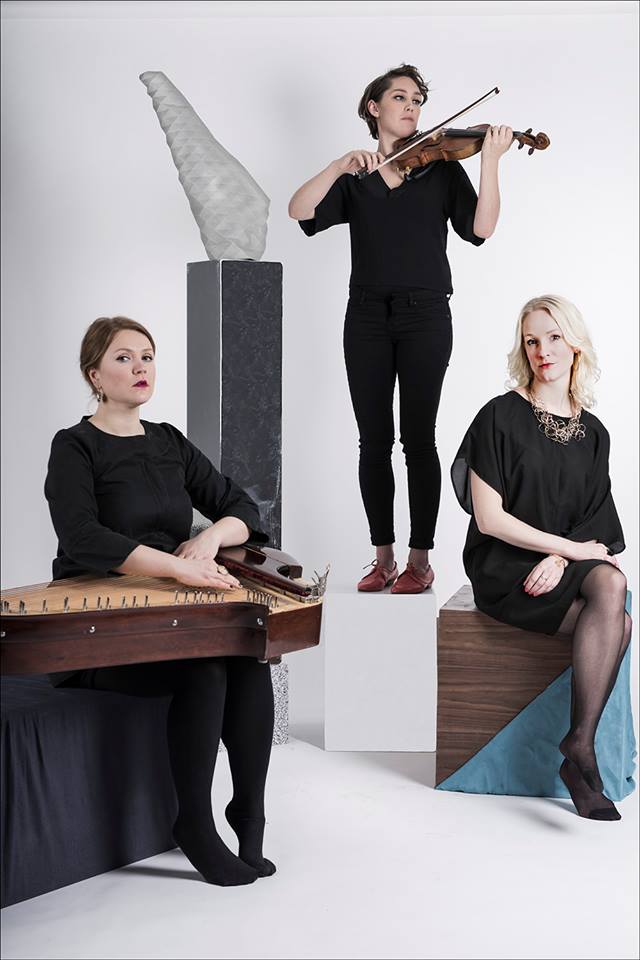 One disc has monopolized my virtual turntable now for 12 days consecutively, non-stop. It has the sound palette of a magical kingdom hidden deep within an endless forest, replete with intrigues and yearnings and 21st century relationships.
It’s “Gryningsland”, the debut album by the Swedish-Finnish ‘folkmusik trio’ Folk’Avant.

Wait! Do not X me! Watch this! Trust me.

Is that not magic? 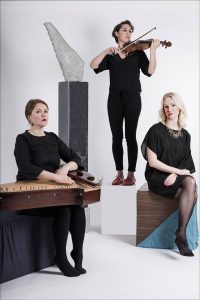 Silently, so that no one could hear us, we sneaked into a house where everyone else was asleep. Staying awake all night, until you finally packed your bag, closed the door, leaving a resting body behind.

I just keep playing the disc over and over and over, 12 days now. And I’m not getting tired of it. That sound. The girls (sorry, that’s a word I still use, with all the respect and affection in the world) tell me that that’s what the trio actually sounds like live.
That warm, resonant fiddle. It feels like the strings being played are still in my own gut.
Those magical bell-like tones. Fantasy and fancy, pristine and elegant, precise and timeless.
That Swedish contralto voice – strong, knowing, uninflected, unflinching.  Confident and independent. Unafraid of being vulnerable.

A gossamer walk through an endless, enchanted forest. 2017.

Know what it keeps reminding me of? ‘Guinevere‘ or ‘Legend of a Girl Child Linda‘, 50 years old—Scottish psychedelic folk. Donovan, from the very wonderful 1968 album “Sunshine Superman”. Separated by 50 years, 2000 miles, and millennia of disparate folk traditions. Welcome to the internet. Welcome to the human soul. 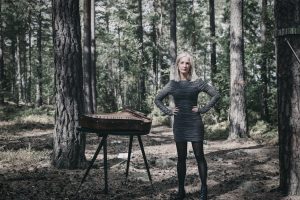 Although ‘Budapest’ sure has some rock sensibility deep inside, doesn’t it?
You say you’re a simple, roving person traveling with only your backpack and big words. Always on the run. You say I’m brave, beautiful, loving, independent, dangerous and strong. You say we only exist on this earth for a little while, yet nothing you said was true. But we will always have our Budapest. 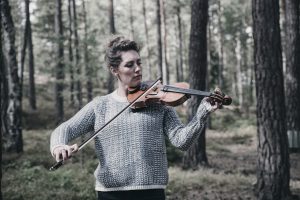 And as far as I remember, Vikings didn’t have the ‘Instagram’.
I sold myself cheap and paid a high price. But you don’t own me. You have to move, there is no room for my words. You’re last in line, we are no longer in use.

Folk’Avant’s music is all original, written by the three lovely young ladies themselves. Brave, beautiful, loving, independent, dangerous and strong.

Swedish Anna Rubinsztein still plays classical violin alongside her traditional fiddle.
Swedish Anna Wikenius comes from the worlds of contemporary a cappella and jazz.
Finnish Maija Kauhanen plays pop music when she’s not weaving enchanting tapestries on the concert kantele.
The what??

The kantele is a Finnish folk instrument that starts with a 5-string zither-ish thingie and works its way up to a 38- (or 39- or 40-, depending on which version you believe) stringed instrument which is held on the lap and plucked with both hands, like a harp (its first cousin once removed), except when you use the left hand on the stops to dampen the tintinnabulation. Gosh, I love using that word.

The girls say there are classical influences in the seriousness with which they approach the material and the focus on structural details.
They say there’s a big difference in the the melody/beat connection in Finland as opposed to Sweden. “In Sweden we stretch the melody a lot, while in Finland you play quite straight on the beat. That’s been very interesting in Folk’Avant.” Full disclosure: that kind of talk really gives me a very certain kind of thrill. 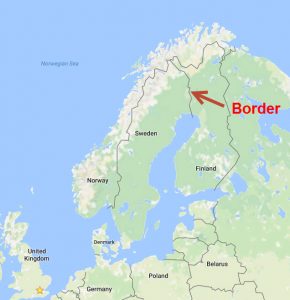 For us non-Nords, the border between Sweden and Finland ain’t always clear. But for them: “Of course traditionally folk music has had a function. The music has been used in every aspect of life– weddings, parties, funerals, calling in the cows, lullabies and so on. In Sweden the tradition of dancing has lived on and there’s dancing at almost every folk music event. That’s not the case in Finland, where the dancing is usually only on stage on different special occasions!”

I’ve written in the past about Nordic roots music and about my ever-growing fascination with all things Scandinavian, especially Nordic Noir TV mini-series, the best stuff on camera in the world today. Best known are The Killing and The Bridge (the originals, not the US or European remakes). Typically, a damaged female detective and her male partner (who has lost his wife and is trying to raise a trouble-prone teenaged daughter while the bodies are dropping like prehistoric flies by the hand of a deranged perp). 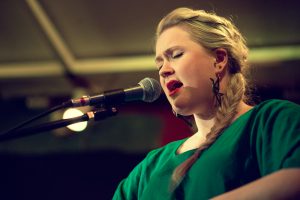 That’s the convention, the default premise. But you also get glorious landscapes, the best cinematography and set design and production values in the world, searing human interactions, and a real insight into the most highly evolved sense of womanhood and ecological responsibility in the world. The style has spread around the world: Iceland (Trapped) Belfast (The Fall), rural New Zealand (Top of the Lake), Dorset (Broadchurch), even the Louisiana Bayou (True Detective).

Some of the best of the breed – especially the second Swedish Wallander and my personal quirky favorite Annika Bengtzon – I’ve watched 3 or 4 times over the last couple of years. If you’re satisfied with House of Cards and Walking Dead, I wish you well. My wife, who is not an effete snob like her husband, recently said, “Jeff, you’ve spoiled me. I just can’t watch American TV anymore. It just can’t hold a candle to that dark Scandinavian stuff.” Nicest thing she’s said to me in many a decade. 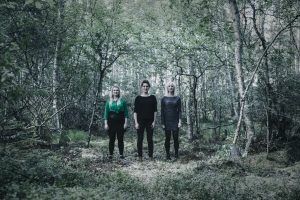 I’ve read 6 of the series of 10 Martin Beck novels by Maj Sjöwall and Per Wahlöö. I’m in the middle of “The Long Ships”, a 1944 picaresque Viking novel by a Swedish professor of old literary forms, a adventure story the likes of which I haven’t read since I was 15.

I’ve organized myself a whole playlist of the new old Nordic music, with the kanteles and the accordions and the hurdy gurdies and the beautiful blonde singers. It’s going to keep me cool all summer. Check this. Or this. Or this.

What’s the connection between Folk’Avant and all these serial murder TV series and novels? Well, it’s got all that modern Scandinavian sense of style and panache and sophistication, and roots as deep as an eternal, enchanted forest. I don’t pretend to understand it. Hell, I don’t even have the letters on my keyboard. But I’m perfectly contented to settle for being enthralled.