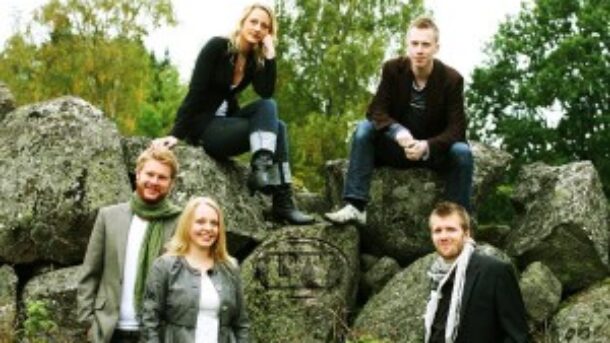 Put on your fleece parkas, folks. This week we’re going to take a little jaunt up to the lands 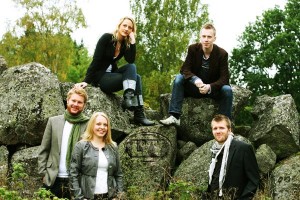 of the North, to make the acquaintance of some very hot music from a very cold place, Nordic Roots music, or Scandinavian neo-folk. Ice also burns.

I made a musical visit to Sweden a couple of years ago. I felt like a child in a candy shop. My wife in a teddy bear museum. A teenage boy in the Playboy mansion. Paul Simon at Graceland. The streets are clean, the people are warm and generous, the women are blond and tall, and the music is as pure as glacial water in a fjord.

I’ll be the first to admit that I romanticize Scandinavia, but I’m not the only one. My cab driver was an Iraqi Catholic engineer who fled Sadaam Husein (who was as fond of Catholics as he was of Jews) in 1990 with his family for Brazil, where he lived for eight years, followed by eight years in Stockholm. “I was very happy to leave Iraq,” he said, in typical Iraqi Catholic understatement. “But there were a lot of problems in Brazil.” “Well,” I said, “There are problems everywhere. Aren’t there problems in Sweden?” He mulled over that for a minute. Finally, thoughtfully, he answered—”No.”

Neo-folk is an oxymoron that’s been around for a while. The Weavers saw themselves as drawing directly from ethnic, roots music. But I doubt they ever picked any cotton. Even if he liked to picture himself as hobo, a man of the land, in retrospect Woody Guthrie was an original, a creative artist. Joan Baez was never a Welsh farmgirl whose husband went off to sea, and Peter Paul & Mary were more at home in Greenwich Village than in Hokie, West Virginia. 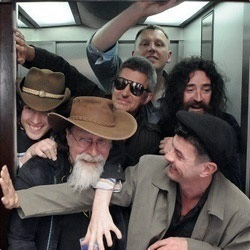 In the formative years of the late 1960s and the early 1970s, an interesting difference developed on either side of the Atlantic. Numerous artists whose roots were in roots became the founding fathers of rock—Dylan of course, but also The Byrds and The Lovin’ Spoonful and The Grateful Dead and especially Jefferson Airplane. Where was there to come from, after all? Either The Gaslight Café or The Dick Clark Show. Those were the only scenes.

In England, there was a much more vibrant folk scene. Artists such as Bert Jansch and John Renbourne (later together in Pentangle), Davey Graham, John Fahey and John Thompson (later with Fairport Convention) worked in rock, in blues, in jazz, but never strayed too far from their traditional roots, especially Celtic folk music (Scotland, Ireland, Wales). There are some very nice collections of this music, especially “New Electric Muse – The Story Of Folk Into Rock”. The song that best expresses for me the link from Celtic folk music through rock, and the ground prepared for later forages into world/neo-trad music, including that from Scandinavia, is Fairport Convention’s very fine ‘Tam Lin’.

One band that clearly comes from that tradition is Shooglenifty, a band from Edinburgh which combines traditional Scottish music with rock, pop, jazz, and urban dance music to create a “hypno-folkadelic/ambient/traditional sound”. Folkadelic, huh? Wish I had coined that word. Here’s a really neat taste of their music. 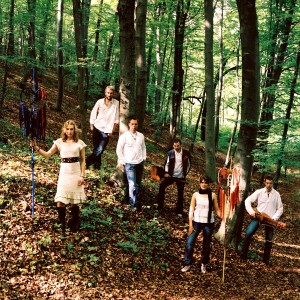 The Swedish and neighboring scenes were influenced by this British and Celtic neo-trad music. From what I can garner–and I’m certainly no expert in this area– it began to flower in the 1980s and really took shape in the 1990s when it was impacted by World Music, which often incorporates dance rhythms into non-pop, indigenous materials.

In any case, for twenty years now, The Land of The Midnight Sun has been awash with young, hip, cutting-edge musicians steeping themselves in their very broad musical traditions. It’s hard for us foreigners to grasp the excitement, the zest, the drive, and the diversity of the music going on there. It often features traditional instruments, such as the nyckelharpa, kantele and hardanger fiddle. The lyrics and music often draw on traditional sources, either imported into a thoroughly young and vibrant setting, or melded together with a myriad of influences. These bands aren’t purists. They’re making great music, derived first and foremost from their own folk roots, but enthusiastically stealing from everything they can lay their hands on. 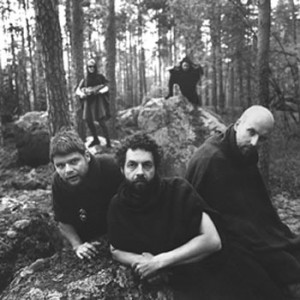 One traditional style of singing that blows my mind is kulning (from Wikipedia):  a domestic Scandinavian music form, often used to call livestock down from high mountain pastures where they have been grazing during the day. The song form is often used by women, as they were the ones tending the herds and flocks in the high mountain pastures…perhaps a pre-historic way to tame wild animals in herds. The song has a loud, high-pitched call using head tones, so that it can be heard or be used to communicate over long distances. It has a fascinating and haunting tone, employing half-tones and quarter-tones (“blue tones”) often conveying a feeling of sadness. When a call is made in a valley, it rings and echoes against the mountains. The animals, a number of whom wear bells tuned so that the livestock’s location can be heard, begin to respond to the call, answering back and the sound of the bells indicates that they are moving down the mountain towards their home farm. 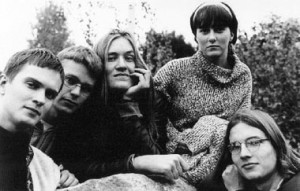 Or, as it was so charmingly explained to me: in olden days, this is how the farm women would call in the cows while their Viking husbands were out raping, pillaging and plundering. Here’s a great example.

Anyway, there are bunches and bunches of bands making this Nordic Roots music of a hundred different styles in Sweden, Norway, Finland, Denmark, Iceland and Greenland. Jeff, are you really promulgating Greenlandish music? NorthSide, a small Minneapolis company has done a great job of bringing this music to North America. They’ve compiled several collections of Nordic Roots music that I enjoy greatly.

Here are a few choice examples of music from Scandinavian bands I’ve come upon: 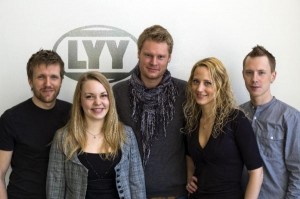 Hedningarna:  ‘Metsän Tyttö‘, ‘Tuuli‘ (a spell to raise a powerful storm, calling on the god Ukko and goddess Akka.) 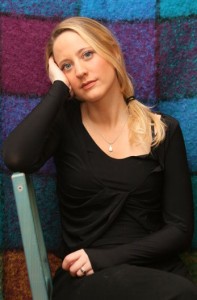 And our Song of The Week is from a young band, one of my favorites, called Lyy. They’re a Swedish quintet: Anna Lindblad (fiddle), David Eriksson (nyckelharpa), Petrus Johansson (guitar), Martin Norberg (percussion), and the very lovely lead singer, Emma Björling. Here are three video clips:

‘Lyckan‘ (Happiness), an original song in a traditional spirit (“I thought I had to be successful and rich to be loved, but now I understand that someone likes me for who I am, and I’m grateful for everything I’ve got.”)

‘Rifs, Rifs, Rafs‘ (Traditional) “All the men in the village want to marry me, but they are all fools. My advice to all the girls is to avoid all the household work that comes with having a husband and children.”

And my favorite, and our Song of The Week:

As I say, I’m no expert on this music, and I don’t feel like I have a real firm grasp of its scope and shape and character. But I do know that I enjoy it very much. I find it consistently charming, invigorating, cheering and fun. So click on some of them links, rosin up the bow, and let’s take a little trip up North.