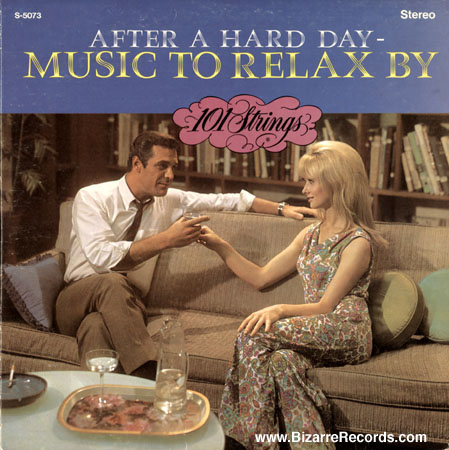 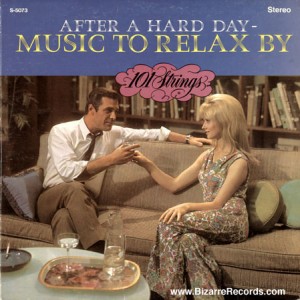 VSQ – ‘All Along the Watchtower’

I endured a large portion of my childhood in Lima, Ohio (rhymes with “I’m a”, as opposed to the capital of Chile, which rhymes with “a-Weema-weh”. Lima is where Hugh Downs and Phyllis Diller were born, and where John Dillinger escaped from jail by killing the sheriff. In 1923, a Ku Klux Klan rally drew 100,000 participants. All this happened before my time, which was marked primarily by stealing hubcaps and trying to see just how much trouble a 12-year old Jewish boy could get into in the world’s (Euphemism Alert:) armpit.

But the most heinous crime I witnessed there was my mother buying a “101 Strings” LP at the grocery store. 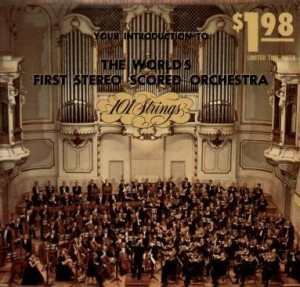 David L. Miller of Philadelphia (1925-85) got his start in the music biz by releasing the first Bill Haley & His Comets 45s on his Essex Label in 1952-3. He then jumped on the Mood Music orchestrawagon popularized by Mantovani, hiring the 124-member Orchester des Nordwestdeutschen Rundfunks Hamburg (123 men and a harpist) to play popular standards arranged by his in-house stable of writers. The LPs were pressed by Miller’s own plants and sold through grocery stores at the irresistible price of a mere $1.98 for 12 hits.

In the ten years of the franchise’s existence, 101 Strings recorded more than one album per musician and sold 50,000,000 records, including “101 Strings in a Hawaiian Paradise”, “The Emotion of 101 Strings at Gypsy Campfires”, “Exodus and Other Great Movie Themes”, “The Sounds and Songs of the Jet Set”, “Hits Made Famous by the Supremes”, “101 Strings Tribute to Hank Williams”. I could go on, but I’ll spare both of us. (Three+ hours of HD 101 Strings!!!)

I actually witnessed one of those 50 million records being sold, in Lima, at the tender and impressionable of 11. I was in A&P with my mother. She had a nice collection of Original Cast Recordings of Broadway musicals, Sinatra and Lena Horne at home (which I tried to ignore, but somehow osmosed, which stood me in excellent stead some 40 years later, when I became a jazz enthusiast and actually knew all those standards). It was 1959, and I was a wannabe punk and budding music critic. Between the Wonder Bread and Fruit of the Loom stands, Mom plucked “101 Strings with Romantic Piano at Cocktail Time” out of the bin and right into our basket.

Jumping on the Mood Music orchestrawagon

“Why? It looks like nice background music for while I’m cooking dinner.”

“Oh,” I said. But I didn’t really understand. Not then, and not now. Fifty million pieces of vinyl.

I like to take a short nap after lunch when I can. If I’ve been listening to John Cage or Grand Funk Railroad (that was a joke), I tone things down for sleepytime—Bill Evans or Brad Mehldau or Gregorian chants or Bach keyboard music. One deceptively regular morning this week I’d been listening to Imogen Heap, one of my favorite musicians of the last couple of years. She’s a riveting artist, so intense, angry and so frightening that she invariably sends me into cremasteric testicular retraction. 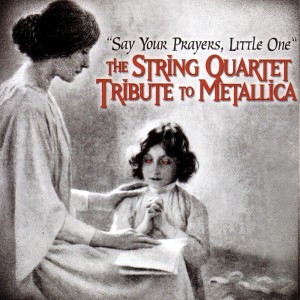 But right there in the folder with “iMegaphone”, “Ellipse” and “Sparks” is “VSQ Performs Imogen Heap” – string quartet treatments of Ms Heap’s compositions. I don’t know how it got there, but I’d listened to it numerous times, albeit on my way to Siestaville, with my critical senses duly dulled. But I’d heard enough to know that I approved. Ms Heap is one fine musician, and it’s a pleasure to hear her given a respectful treatment in a quasi-classical setting. It fits her complex, intelligent music like a musical glove. (Vitamin String Quartet Performs Imogen Heap)

Not so different from the Kronos Quartet’s homages to Bill Evans and to Thelonious Monk, both of which include string transrangements of the original, with guest slots from the masters’ cronies (Eddie Gomez/Jim Hall, and Ron Carter, respectively) providing a fine kosher certificate.

But the Kronos Quartet carries its own bona fides as the foremost promulgators of contemporary classical music around. They’re Mick Jagger cool. If there’s a band in the world that can’t be accused of being derivative or commercial, it’s Kronos. When they play ‘Purple Haze’, you know they’re not pandering. So I decided to postpone Le Snooze and check out just who this VSQ is. 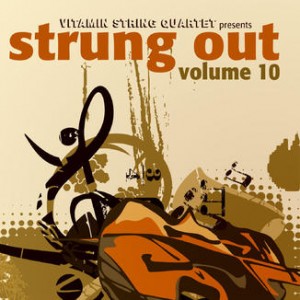 Turns out it’s the Vitamin String Quartet, an LA-based string quartet/”group of music geeks, string players, performers, arrangers, producers and creatives” formed in 1999 to record Led Zeppelin’s greatest hits. Their website provides scanty background information, but they do refer to themselves as “the carefully curated source for innovative string renditions of popular music”. According to Tom Tally, a leading shaker in the “rotating cast” of hired musicians, “Vitamin String Quartet is about applying rock n’ roll attitude to classical technique.”

Then I watched a short documentary about their first performance in a ‘rock setting’, just a few years back at the Troubadour Club in LA (Pt 1, Pt 2). They come across as very cool, sincere, dedicated musicians with classical training and a mohawk coiffure, guys I’d be happy to hang out with. Kids lined the street to get into their show.

Then I dug a little further. It turns out that in 20 years they’ve recorded over 330 albums, all released through their very own label, Vitamin Records. David L. Miller, are you listening? Not only are their recordings frequently used as background music for leading TV shows – for two years WWHK of Concord, New Hampshire played their music exclusively, 24/7. David, that should make you sit up, even in the grave.

I’ve been listening to a few of those 330+ albums. Their treatment of The Beatles is as predictable as that of 101 Strings, and not much better. Most of the bands they pay tribute to I’ve never listened to (Nirvana, Aerosmith, Alice in Chains, Black Sabbath) or even heard of (Bad Religion, Sevenfold, Blue October, Bullet for my Valentine). But I really do like that Imogen Heap album. And their sound, their attitude, really are pretty cool. I even found a cut or two that work well (Howie, Shmuel, here’s a very nice ‘All Along the Watchtower’ for you.) 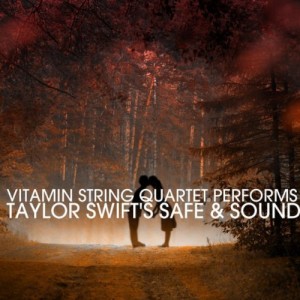 Lightbulb over my head. Why are they so popular? Why do I even like some of it? Because for fans of everyone from The Beatles to Nine Inch Nails, they’re nice to listen to!

And that’s when my blood ran cold. I had become my mother.

“Nice” has always been an anathema to me, the biggest musical snob to sprout in Lima, Ohio. What do I do now? Go get myself a martini glass and a lobotomy, and ride the elevator all day just so I can listen to the music?

Vitamin String Quartet. I just can’t bring myself to disapprove. They’re clever businessmen with great hair, an innovative aesthetic, and a blockbuster formula. They’re guys I’d be happy to hang out with. They might even invite me onto their yacht.