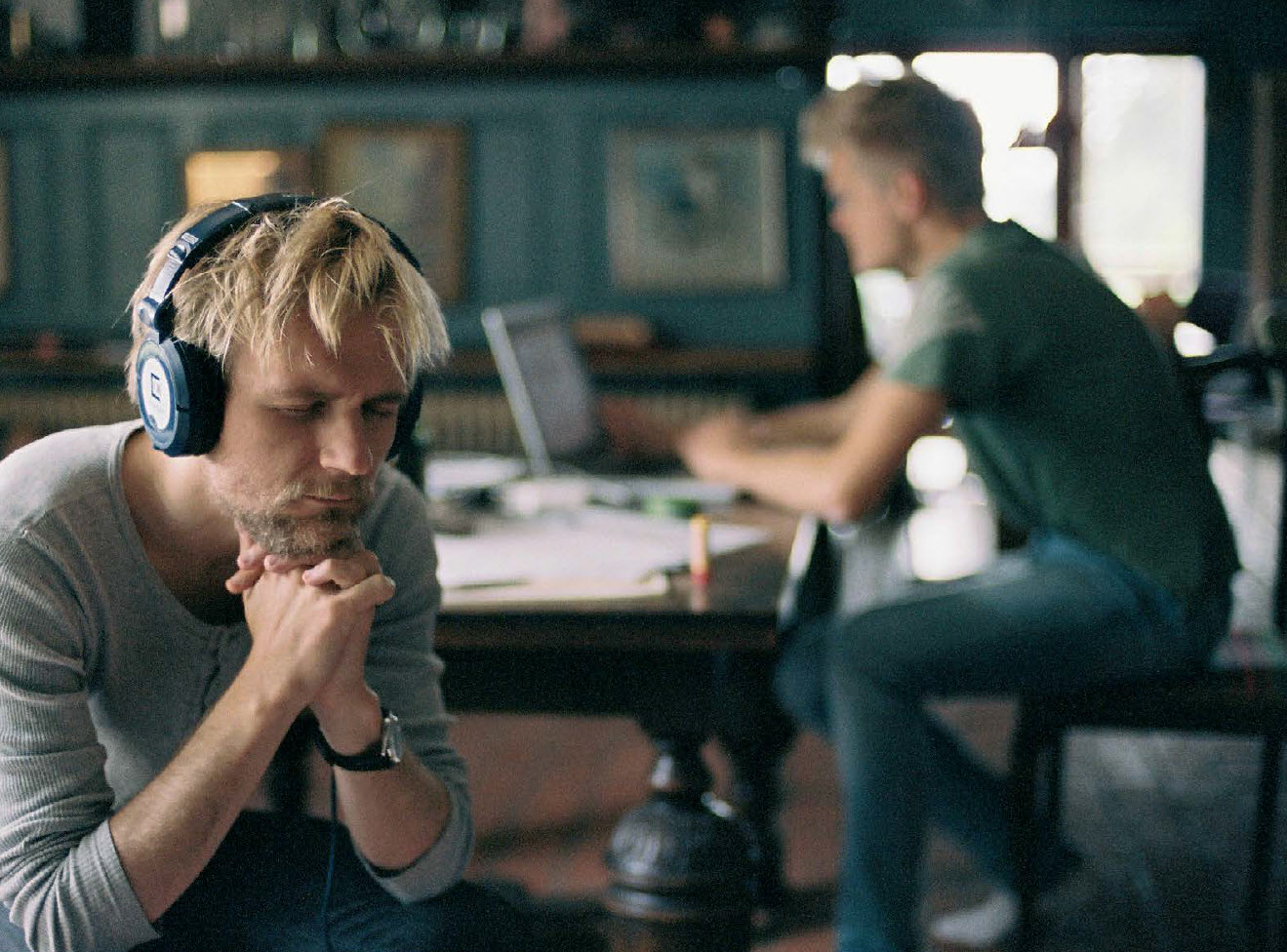 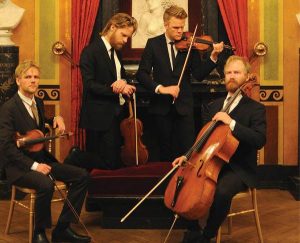 Spring is here, even though it’s still February. My head is crunching and comparing and contrasting and generally consternating itself, but my heart is a-flitting and a-fluttering like a 17-year old girl in the throes of first love. For I have discovered joyous new music that makes me bounce and grin and tap my feet; and, gosh and b’golly, wish there were a Danish country dance floor for me to get out onto and jig and reel and polsk like a Danish country fool.

And you know what kind of music it is? It’s – I’m asking politely. No, I’m begging: Please read this paragraph through to the end – a Danish classical string quartet playing Nordic roots music. Now I know you may well have no great interest in roots music; no vested interest in Danish music; and no significant interest in a young string quartet. All I’m asking is that you listen. Because it’s passionate, human, engaging, irresistible, ebullient, and you can’t help but love it. 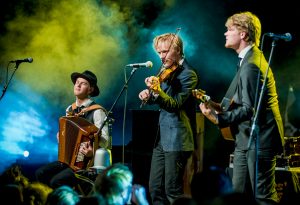 Dreamer’s Circus – ‘A Room in Paris’

Did you notice the same violinist in both groups?
Two hours after Rune Tonsgaard Sørensen was born in 1983 in a small Danish village, his parents (who had met on the folk-dance floor) brought in a traditional fiddler to play for the swaddler, to welcome him to the world in a properly harmonious way.

“The three of us [Rune, violin; Frederik Øland, violin; Asbjørn Nørgaard, viola] met very early in our lives in the Danish countryside at a summer camp for enthusiastic amateur musicians. Not yet teenagers, we were the youngest players, so we hung out all the time playing football and chamber music together. During the regular school year we would get together often to play music and just have fun… All of the sudden, at the ages of 15 and 16, we were a serious string quartet. It all happened so fast that none of us seemed to notice the transition.” 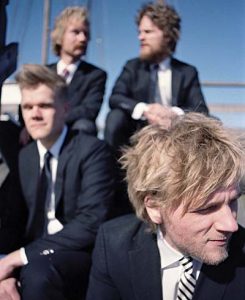 The three drafted Fredrik Schøyen Sjölin, a Norwegian cellist, and their career was off and running, despite the violinists’ full-time gig in the Copenhagen Philharmonic (where Rune was concertmaster!). They played the whole classical string quartet repertoire, Haydn and Beethoven and Shostakovitch, as well as the Danish composer Carl Nielsen (d. 1931). In 2013, the violinists left CPH:Phil to concentrate on The Danish String Quartet, which was busy touring worldwide and winning awards and whatnot.

But they’re not just ‘a covers band’, as Rune calls them. Almost from the beginning, DSQ would play as an encore traditional Scandinavian folk music they had arranged for the string quartet. They could do it sitting or standing on a formal concert stage. 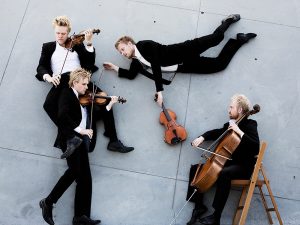 But watch what happens when they let their proverbial hair down (of course, their very shaggy demeanor is part and parcel of their utter charm), lose the suits and don the Plastic Man t-shirts in this NPR Music Tiny Desk Concert.

These guys aren’t just charming. And not just tighter than tight. And not just ridiculously good-looking. They’re playing music. It matters to me not a whit that it’s couched in a style far from what I grew up with. It’s human beings playing joyous human music. 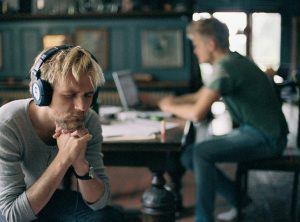 I wouldn’t want to have to take a blindfold test on distinguishing between some of the Nordic, Celtic and American roots music I listen to. I’ve asked more than a couple of Scandinavian professionals involved in this style about the affinity of Nordic to Celtic roots music. They all say, as if they were thinking of it for the first time, “Yeah, they do sound very similar, you know?”

It turns out that roots are roots, and it seems there is some sort of border-defying musical collective unconscious operating here.

It’s fine, admirable music. Copelandean, as they would probably like to be called. I love the attitude and the gender-bending and the virtuosity. I’ve admired it for quite a while now, keep going back to it—and keep leaving, unsatisfied.

They just don’t got the voltage. Listen to the DSQ playing this original traditional-styled tune ‘Shine You No More’. I don’t know about you, but that gets my pulse racing. 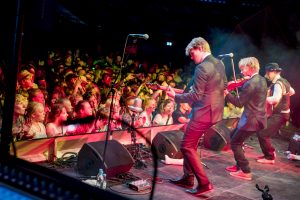 But that’s only half the story.

“We met by chance one night in 2009 during a folk festival in Copenhagen. Ale [on cittern, a traditional 10-stringed mandolin/bouzouki-ish instrument] and Rune were standing in the corner of a pub jamming some folk tunes. Nikolaj just came in, sat at the piano and began to play along. The three of us ended up playing together all through the night.”

Did you watch ‘A Room in Paris’? Wow. How can you not love that? 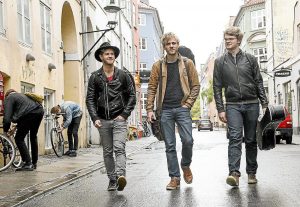 Want more? Check out the second half of this one, from 3’35”

And check out ‘Carrousel Prime’, the encore from that same festival. These guys are so much sexier, more charismatic, more fun than anything else I’ve seen in a long, long time.

See where Rune starts dancing? That’s not a Mick Jagger look-at-me dance, that the very human dance impulse, rising from the roots of many generations dancing the same dances to the same tunes.

And they also did a series of knockout concerts with CPH:Phil. They even present Mozart in Folk Style, roots trio + classical orchestra. Sounds a bit far-fetched? Just watch it. Want some more of this? Here’s ‘Prelude to the Sun’, a Nordic folk remix of Bach’s Violin Partita No. 3 in E Major, Preludio, ‘recomposed’ by Dreamers’ Circus.

Dreamers’ Circus – ‘Father Into It’ 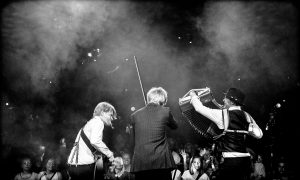 You think they only know how to rock? Check out the elegance and intelligence and utterly refined Danish aesthetic in ‘City Gardens’.

Dreamers’ Circus has this amazing tonal blend, and they’re playing very tightly. I struggle (gleefully) to pick out which instrument is playing which note. It’s a pleasure I experienced with Crosby, Stills & Nash’s first album. 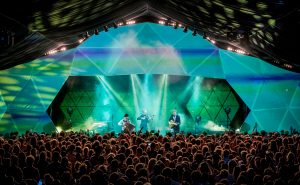 Rune: “In DSQ there are four stringed instruments of same nature. When it really works, you can achieve one single voice. I brought that same mindset to Dreamers’ Circus. The violin has a great range of the types of sounds it can make. It’s primarily a melodic instrument, but it can also be percussive. The cittern is usually driving the rhythm, but we try not to lock ourselves into these roles. When I play with accordion, I’m very conscious of when I try to blend and when I try to stick out. You give focus and you take focus; sometimes you shadow, sometimes you solo. We’re striving towards an ideal of a unified voice. Before we go on stage, we remind ourselves: One voice, one story, one message, one instrument. That’s the way to convey a story.”

Every summer Rune goes to Sønderhø on Fanø island, with 3345 residents and 100 traditional local songs going back hundreds of years, almost all in D major or G major (only one in a minor key!). He dances, smokes a pipe and plays music. Sounds pretty hygge to me.

Why does the music of the Danish String Quartet and Dreamers’ Circus speak to me? Who can say why a piece of music speaks to you? Or what it’s saying, for that matter? But it does. Clearly, passionately, directly. From the roots up.

Thanks to Rune Tonsgaard Sørensen for agreeing to be interviewed for this blog post.

If you enjoyed this posting, you may also like SoTW 071: Lyy, ‘Giftavisan’, an overview of Nordic roots bands from a few years ago.