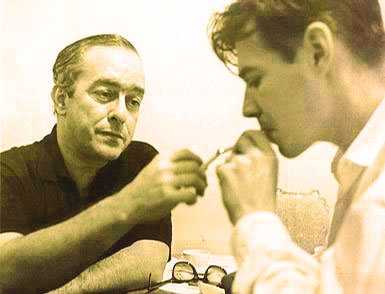 I occasionally take advantage of this forum to wax ra 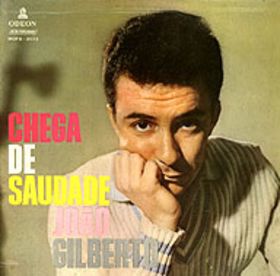 pturous about the lilting beauties of Brazil, Brazilians (both male and especially female), and Brazilian music, especially in SoTW 22, where I went completely overboard about Roberta Sá and Chico Buarke’s, ‘Mambembe’.

A friend recently stumbled over the Portuguese word ‘saudade’. So as we helped her up, we took a look at the word, which is a term, which is a concept, which is a whole emotional world. Wikipedia describes it thus:

…a deep emotional state of nostalgic longing for something or someone that one was fond of and which is lost. It often carries a fatalist tone and a repressed knowledge that the object of longing might really never return. …a “vague and constant desire for something that does not and probably cannot exist…a deep longing or yearning for something which does not exist or is unattainable. Saudade was once described as “the love that remains” or “the love that stays” after someone is gone. Saudade is the recollection of feelings, experiences, places or events that once brought excitement, pleasure, well-being, which now triggers the senses and makes one live again. It can be described as an emptiness, like someone 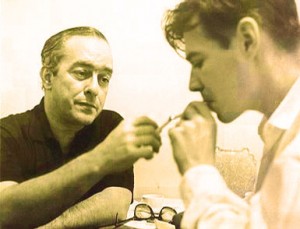 (e.g., one’s children, parents, sibling, grandparents, friends) or something (e.g., places, pets, things one used to do in childhood, or other activities performed in the past) that should be there in a particular moment is missing, and the individual feels this absence. In Portuguese, ‘tenho saudades tuas’, translated as ‘I have saudades of you’ means ‘I miss you’, but carries a much stronger tone. In fact, you can have ‘saudades’ of someone you are with but have some feeling of loss towards the past or the future.
In Brazil, the day of saudade is officially celebrated on January 30. 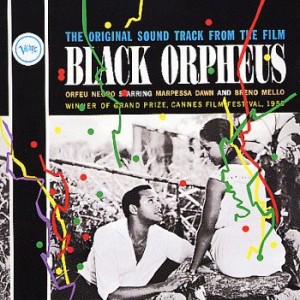 A national holiday of heartache. Oh, how I want to be there for that celebration.

If ‘saudade’ has a whole world of associations for Brazilians, for this Levantine transplant it conjures the song ‘Chega De Saudade’, and for good reason – it was the first Bossa Nova song. Let me try to make some sense out of this, for both you and myself.

Samba is a Brazilian musical and dance genre originating in Africa, typically arising from rural areas and slums, and frequently associated with football and the Carnival. Not surprisingly, I guess, it also has a national day (December 2). It includes a whole wealth of dances and musical styles. During the 1950s, a new style of music evolved from it, Bossa Nova, influenced by jazz and performed by students and artistes, more sophisticated and lyric-oriented, more personal and idiosyncratic musically, less percussive. Music to be listened to quietly, rather than danced to raucously. 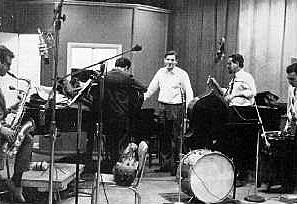 ‘Chega De Saudade’ is credited as being the first bossa nova song. It was written in 1958 by composer Antonio Carlos (Tom) Jobim and lyricist Vinicius de Moraes, and became a hit for singer/guitarist João Gilberto. We’ll return to the song in a moment, but let’s follow for a moment the bossa nova waves.

In 1959, French director Marcel Camus made a Brazilian film called “Black Orpheus” (“Orfeu Negro“), an allegorical treatment of the Orpheus myth set during Carnival in a shanty town. The film featured music that ranged from samba to bossa nova, written mostly by Moraes (who also wrote the screenplay) and Jobim, and included a couple of songs by Luiz Bonfá, including the famous ‘Manhã de Carnaval’. 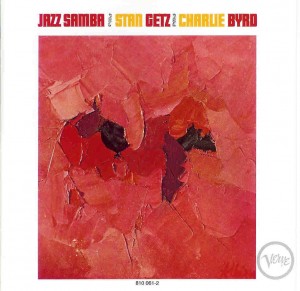 The movie was a big hit in Brazil, and even made some impact in North America. I bought (and devoured) the soundtrack in about 1964, when I was a mere lad of 16. Sometimes I impress myself in retrospect.

But the big impact occurred with two bossa-inspired American jazz LPs. The first was “Jazz Samba” (1962) by saxophonist Stan Getz and guitarist Charlie Byrd. Its most famous tracks are ‘Desafinado’ (‘Slightly Out of Tune’) and ‘Samba de Uma Nota Só‘ (‘One Note Samba’). Then the LP that really took the world by storm, and still maintains a central role as progenitor of a legitimate, fruitful style half a century later, “Getz/Gilberto”. The music was Getz on sax, João Gilberto on guitar and vocals, and Tom Jobim (piano and composition of almost all the songs), helped out on vocals on a couple of songs (‘The Girl from Ipanema’, ‘Corcovado’) by Gilberto’s wife Astrud, who wasn’t really a singer but was the only one of the Brazilians present who knew enough English to get through the songs. Her recording sold several trillion records, and inspired her to divorce João and have an affair with Stan. Boy, what goes on behind that laid-back music! 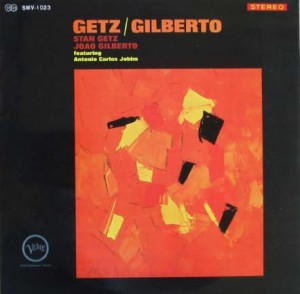 Meanwhile, back at da fazenda. Success has many fathers, and we’ve tried to make some order in the beginnings of this very successful musical style. But it really has only one acknowledged father, Antonio Carlos Jobim. He is the one who is called the George Gershwin of Brazilian music. It is with him that singers such as Frank Sinatra and Ella Fitzgerald collaborated extensively. And it is after him that the Rio de Janeiro international airport is named. I’m sure we’ll pay him a dedicated visit in a future SoTW, so for right now we’ll just say ‘Muito obrigado, Tom’.

The song, ‘Chega De Saudade’ has had more treatments than a Beverly Hills facelift clinic. Here are a few native Brazilian versions worth getting to know better: 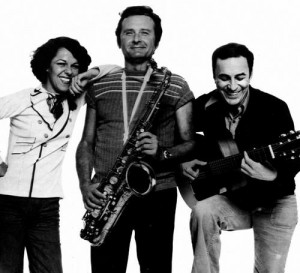 The Gilbertos, with Stan Getz in the middle

Jon Hendricks wrote the well-known English lyrics for it, ‘No More Blues’. But they can’t hold a vela to the original. Trust me for two minutes—read the speak lyrics while you listen to the song. I speak no Portuguese, but the beauty of the lyrics speaks gently and clearly, right to my heart. It gives me great saudade for the Brazil that I hold in my imagination and in my heart. Apertado assim. Colado assim. Calado assim.


Vai minha tristeza e diz a ela que sem ela não pode ser
(Go, my sadness, and tell her that without her it can’t be)
Diz-lhe numa prece
(Tell her in a prayer)
Que ela regresse, porque eu não posso mais sofrer
(To come back, because I can’t suffer anymore)
Chega de saudade
(Enough missing her)