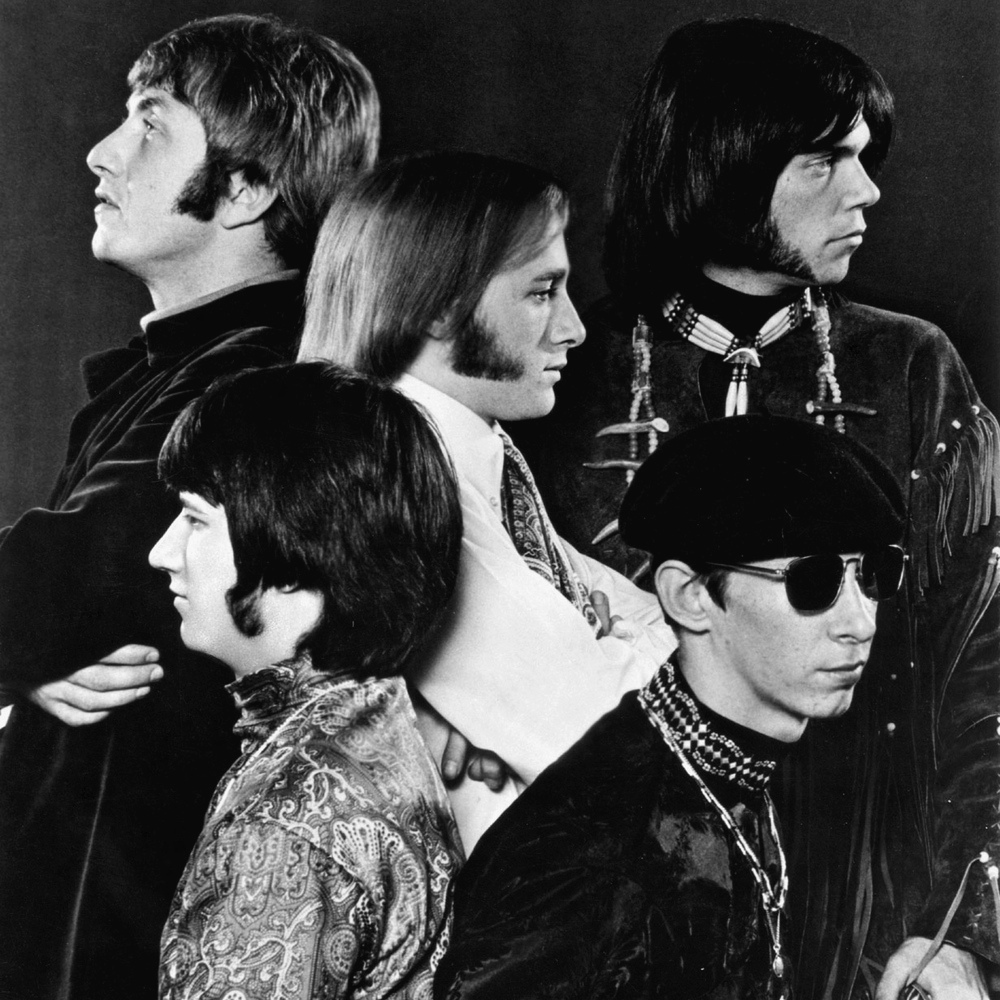 Sorry for the misleading link. Janis Ian, ‘At Seventeen’ is here.

Buffalo Springfield, ‘Rock and Roll Woman’
‘For What It’s Worth’ live on the Smothers Brothers Show 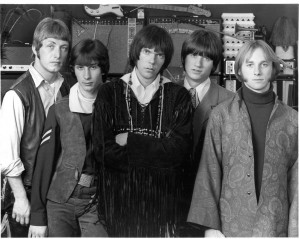 1969.  I’m 20 years old, a junior at a large university in the Midwest, living in a loft near campus and having a good time:  avoiding classes, immersed in film, poetry, and herbs, but mostly immersed in The Music. Those were heady days indeed.

Someone came up with the idea of starting an Open University, where people who wanted to teach would meet with people who wanted to learn, without credit. Learning for the sake of learning, one of those revolutionary 1969 concepts. I gave a course in ‘The History of Rock Music’, which became quite a hit. I’d dude myself up in a paisley shirt with a clashing paisley tie, fluff up my jewfro, slip into my cowboy boots and go pontificate weekly in front of 75 rapt Eds and co-Eds.

Today you toss an iPod or whatever they’re using today in the air and it’ll probably fall on someone who knows more about Stu Sutcliffe than I did then or do now. But then, by default and/or opportunism and/or cloistered adolescence, I was the Musical Guru of Clifton Avenue.

One day I got a call from SA, the Assistant Dean of the very reputable College Conservatory of Music, asking me to stop into his office. Ok, what did I do wrong now? He turned out to be short, bald, and charming. “I need to learn about this music. They tell me you’re the guy. So what we’re going to do is you’re going to sign up for Music Appreciation 101” (NO!) “but instead of going to classes we’ll meet once a week just the two of us” (Not before noon, ok?) “and have a mutual tutorial. I’ll teach you the fundamentals of classical music, you’ll teach me rock music.” (I guess.) “And I’ll give you an A for the class.” (YES!) 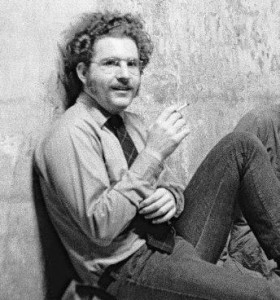 It was a ruse. He didn’t teach me bubkes about classical music, which I regret even today. Could well be he tried, I admit. But what he was really there for was to pump my weed-addled brain, such as it was, about that music.
Jeff: “Here’s this group Buffalo Springfield. Very uneven, but some great stuff. Their main talent is a guy named Stephen Stills. This is his ‘Rock and Roll Woman.’”
SA: “Ah, that’s really great. You do realize that he’s juxtaposing two different scales against each other? (Sings the ‘La-la-la-la-la-la’ refrain.)
Jeff: “Um……”

For 45 years I’ve regretted not paying attention to SA’s explanation. So I took advantage of preparing for this posting by calling OG, the brainiest and talentedest musician I know. He’s 40, and I had the pleasure of introducing him to Buffalo Springfield when he was but a mere tyke. I called him yesterday, out of the blue. “Hey, OG, what key is ‘R&R Woman in?” Without pausing, he starts singing for me the melody line using the notes’ names instead of the lyrics. 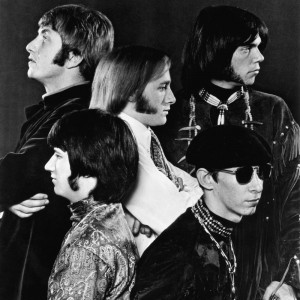 OG: “D minor with an augmented 6th.  You know, the Dorian mode? But then it shifts into D major.”
JM: “Um….”
OG: “You know, like ‘Scarborough Fair’.” [Sings, note names instead of lyrics.] If it were a regular minor scale it would be [sings, with the 6th a half-step lower.] It’s a standard blues thing, where you play in major and sing in minor.”
JM: “Um…., sure.”

So I guess I had to wait 45 years to get thoroughly convinced that my Pooh brain ain’t ever gonna master musical theory to that extent. In my next incarnation, I am resolved to study at the Royal Academy of Music in Aarhus, Denmark. That’s a promise.

But in this go-round, I guess all I’m going to get to do is nostalgize a bit about great songs like ‘Rock and Roll Woman’. 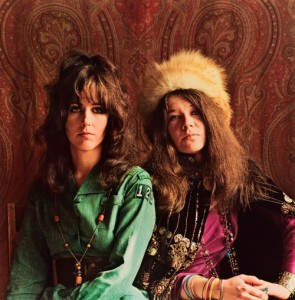 Buffalo Springfield was a flimsy amalgam of superegos, Stephen Stills (Louisiana), Neil Young (Canada), Richie Furay (Ohio) and Jim Messina (Texas). Based in LA, they hung together for a mere two years (from 1966) and three albums. The first is utterly forgettable except for the Hippie anthem ‘For What It’s Worth’. The second is their piece de resistance, including masterpieces from Furay (‘A Child’s Claim to Fame’), Young (‘Mr Soul’), and especially Stills (‘Everydays’, ‘Bluebird’, and our Song of The Week, ‘Rock and Roll Woman’.) The third is a collection of cuts recorded by individual members, some of them very fine (Stills’ ‘Pretty Girl Why’, ‘Questions’; Young’s ‘On the Way Home’, ‘I Am a Child’; Furay’s ‘It’s So Hard to Wait’).

Buffalo Springfield (the name refers to a company that manufactured steamrollers) existed in a perpetual state of adolescent identity crisis. The members squabbled, the group never really decided who it was. One cut is all Grateful Dead, the next quasi-Association. It’s not a multifaceted smorgasbord; it’s a coreless mashup. Their discography is as messy as the infamous Stills-Young relationship, leaving behind as many outtakes, studio demos and live recordings as Ghengis Khan did offspring. 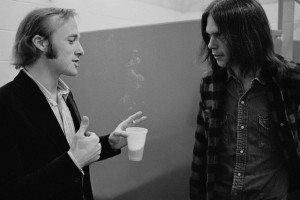 But, oh, what music they made on the way to their dissolution.

1964-65 were the years of the British Invasion. American rock only began to become relevant in 1966, with The Byrds and Buffalo Springfield on the West Coast and slightly earlier The Lovin’ Spoonful in New York. All three, but especially Buffalo Springfield can be legitimately credited with introducing country music into rock (as well as rich, complex harmonies). Of course The Beatles had done it first (like everything else), starting with ‘What Goes On’ as a novelty in 1964, moving into ‘I’ve Just Seen A Face’ and ‘I’m Looking Through You’ in the 1965 Rubber Soul period. The Byrds were exploring the same material as Buffalo Springfield at the same time, but Jim McGuinn’s dominant personality instilled a more cohesive vision in their recordings. The Lovin’ Spoonful were, like the Springfield, a patchy group, but Sebastian had his head screwed on more tightly, was much more careful a craftsman than the Springfields, and created a more significant body of work.

Late one night a month before the Buffalo breakup, Stills recorded on a whim the fascinating “Just Roll Tape” which surfaced recently. Then in 1968 he joined up with David Crosby (ex-Byrds) and Graham Nash (ex-Hollies) to form Crosby, Stills and Nash, revolutionizing the aesthetic of popular music. Young recorded two solo albums before joining CS&N in 1969, initially adding a ‘why?’ to the group. Furay and Messina founded Poco. Later Messina joined up with Kenny Loggins, and Furay with J.D. Souther and ex-Byrd Chris Hillman. 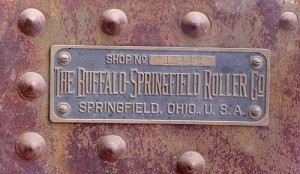 At their best, Buffalo Springfield was unsurpassed in creating groundbreaking music as singer-songwriter rocker musicians par exellence. ‘Rock and Roll Woman’ is them at their best, even if you don’t know the Dorian mode from a Vanilla Fudge sundae. The lyrics were supposedly inspired by Jefferson Airplane’s Grace Slick, that coolest of rock and roll women. According to Stills, the song “came from jamming with David Crosby at his house. We got hung up on the F to D change in D-modal, which is mountain minor tuning. We kept playing it over and over and over again.”

So 45 years on, we’re back where we started.  Déjà vu all over again, plus ça change, plus c’est la même chose, and all that stuff. A retroactive thanks to SA for trying to teach me something. A current wink at OG for all his sharps and his flats. A hat doffed to Mssrs Stills, Furay, and even Young for their erratic but indelible contribution to the soundtrack of our times.

Buffalo Springfield was a flimsy amalgam of superegos, whose main common attribute was a group identity crisis. But, oh, what music they made on the way to their dissolution.