I’ve just returned from the inspiring The Real Group Festival in Stockholm, four days of workshops, lectures, concerts and hugging, a celebration of a music shared passionately by a small but growing number of adherent fanatics worldwide — The New A Cappella. Many of the participants expressed frustration at the difficulty in explaining just what this genre is. Here’s my attempt to provide an overview. Many thanks to Florian Städtler (the world’s leading NAC activist) and Tobias Hug (former Swingle Singer, premier repository of AC information) for their help in trying to impose order on this nebulous cloud of activity. All distortions, misrepresentations, factual errors, sins of omission and commission (and I’m sure there are many) are mine and mine alone. I welcome your comments and corrections, and hope that this overview will evolve to a higher degree of accuracy and objectivity. –Jeff Meshel

What is this New A Cappella that motivated almost 600 cultists to fly to immerse ourselves in?

The Old A Cappella 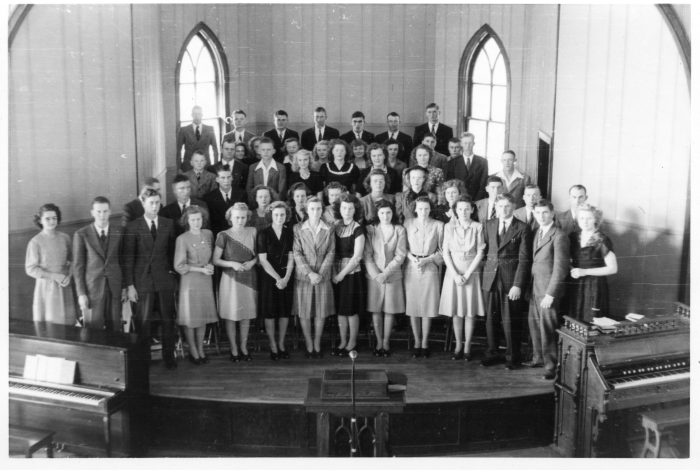 In the second half of the 20th Century, a cappella connoted primarily community choirs of 60-year old amateurs going out for a pleasant evening’s activity to sing classical and musty folk music, often at their local church; or barbershop quartets, as a small, self-contained musical entity. On the professional scene, a few groups such as the Swingle Singers, the King’s Singers, and the Whiffenpoofs performed a conservative repertoire, spiced with the occasional ‘Scarborough Fair’ or ‘Michelle’, not venturing far afield in repertoire or conception from the community groups. 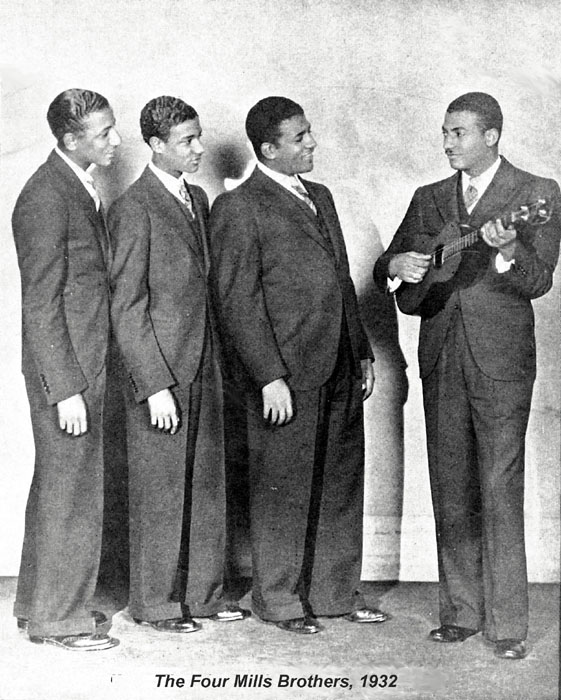 In jazz, there were a few vocal groups, ranging in styles from the Mills Brothers to Lambert, Hendricks & Ross to Manhattan Transfer, most of them groupings of individuals rather than a unified group voice, none of them a cappella. In pop, vocal grouping went as far as 3-part harmony in Peter Paul and Mary, half a dozen songs by the Beatles, and Crosby, Stills & Nash. A cappella was non-existent. In the area between pop and jazz, the Hi-Lo’s, Singers Unlimited and the Four Freshmen developed intricate multivoiced harmonies, without significant innovation in the musical mindset.

Most of these groups employed an unobtrusive rhythm section (piano, bass, drums) backing the voices in a melody-dominated homophony; i.e., all the voices moving together in block chords in unified rhythms, with one voice (often the highest) singing the melody. 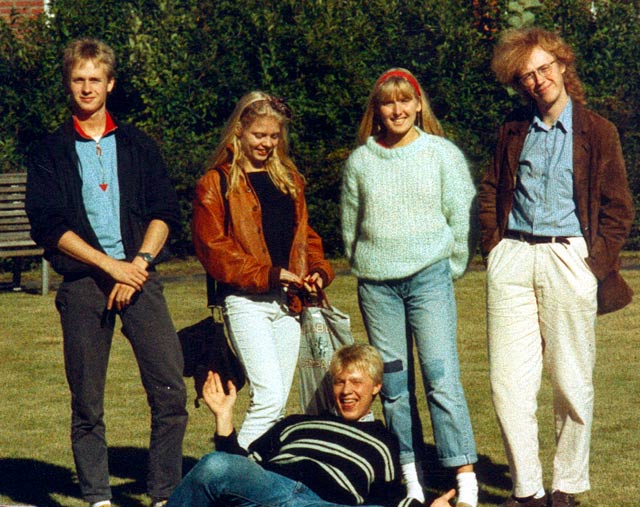 An extensive interview with Peder Karlsson on TRG.

Then in the early 1980s, five Swedish music students influenced by the vocal virtuosity of Bobby McFerrin coined a new approach — singing the arrangement, with each of the voices singing a wholly different line from the others. They formed The Real Group and with their first album in 1987 invented a new musical language, a new mindset in vocal group singing. They leapedfrogged existing preconceptions of a cappella singing. Each of the members brought a technically impeccable voice, refined and precise in the uniquely muscular Scandinavian style. They invented a new music—not harmonies in block chords, but a complete vocal fabric, five voices only weaving a complex polyphonic whole, miraculously engaging arrangements. 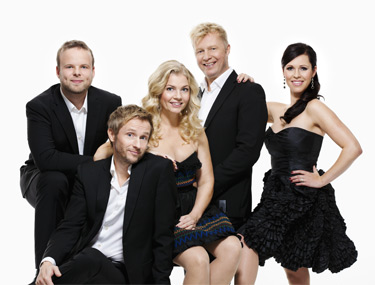 They invented vocal percussion, in which either the bass adds rhythmic vocalizations to his line, or the baritone or tenor provides a dedicated percussive voice. For the most part they employed no overtracking, no studio embellishments. What you hear in a live performance is what you get.

The group was steeped in the traditions of both Swedish folk and classical jazz, as well as speaking the current pop vernacular. They sang Count Basie, the Great American Songbook, pop hits, traditional Swedish material, moving over the years to more and more original compositions.

The Real Group achieved enough commercial popularity in Scandinavia (and inexplicably in South Korea) to enable them to work as a professional group full-time. They strove to disseminate their musical vision, teaching and workshopping and nurturing ties with other young groups. That missionary attitude and their accessible demeanor, together with the innate attractiveness of the music, gradually began to spread. 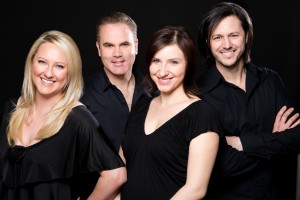 The Idea of North

Several other groups began to achieve artistic voice and commercial status, especially sextet Rajaton in Finland (from 2000, specializing in roots-oriented material) and quartet The Idea of North in Australia (from 1997, pop- and jazz-oriented). The Swingle Singers gradually moved stylistically into the New A Cappella mainstream. These four groups currently comprise the aristocracy of the fledgling genre, and are probably the only groups working professionally full-time. 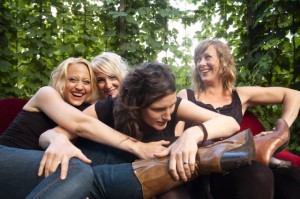 A new generation of younger professional groups is growing in number, stylistic diversity, artistic quality and influence, especially in Scandinavia. Some of the most notable are Kongero (folk-oriented female quartet) and Vocado (glacial art music) from Sweden; multifaceted Pust from Norway, and the rhythm choir Vocal Line from Denmark. The latter springs from the Rhythmic Music Conservatory in Aarhus, the only institution offering an academic program in the New A Cappella. Other notable professional groups from outside Scandinavia include Coco’s Lunch (Australia), Banda de Boca and BR6 (Brazil), Cadence (Canada), the Boxettes (England), Cluster and Neri Per Caso (Italy), the theatrical Cosmos (Latvia), the Perpetuum Jazzile choir with their 13-million hit clip (Slovenia), and Voco Novo (Taiwan). 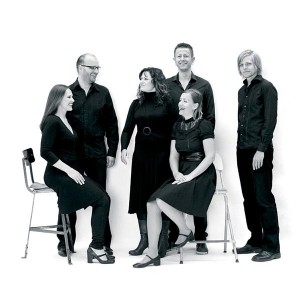 Throughout Europe, the number of amateur and semi-professional groups is growing daily. Singers are typically in their late 20s, with significant musical training and a strong drive for artistic excellence. Although most follow the musical model of The Real Group, the diversity of styles is expanding as well. Numerous individuals and groups are experimenting with looping, in which a singer typically records live onstage a series of overdubbed tracks, especially through figures (repeated elements, such as a basso continuo), thereby creating a polyphony fabricated in real time. An entire a cappella beat-boxing scene is developing (such as Roxorloops from Belgium). Both of these approaches are employed in the evolving ecappella style (Florian Städtler’s term). Practitioners include the Danish group Postyr Project.

The hotbed of US a cappella activity is on campus, in the very active college AC scene. The music is disappointingly sophomoric, based on pop covers drawing from a limited reservoir of material. Participants are enthusiastic, and competitions (especially Harmony Sweepstakes) are well-attended, but the lasting effect is no more than a musical party. This is certainly due in part to the innate turnover in the groups’ personnel. The TV show “Glee” has purportedly helped alleviate the uncool image of a cappella singing. 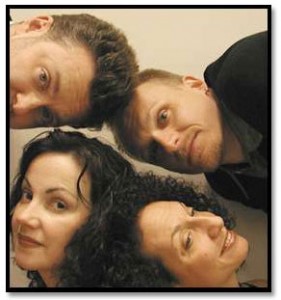 Inexplicably, the professional NAC scene in the US is as different from the rest of the world as 110 is from 220, but much less than half in quantity or quality. In fact, it hardly exists. Some of the leading groups are closer stylistically to music made in the 1950s than to The New A Cappella, such as Take 6, Naturally 7 and the Persuasions (gospel- and doowop-based) or Rockapella, the Nylons, the Bobs and M-pact (novelty pop). The New York Voices have achieved some stature but have failed to produce much significant music. Vox One made several accomplished and intriguing studio albums, the last in 2006. Additional groups work regionally, but have made no wider musical impact.

The current virbrant scene of NAC seems to be inspired from two directions, both as a trickle-down effect from The Real Group and friends. But no less important is the fact that the music is challenging and fun to sing. Just as the professional scene breeds amateur activity, the amateur scene creates an interest in high-level accomplishment. 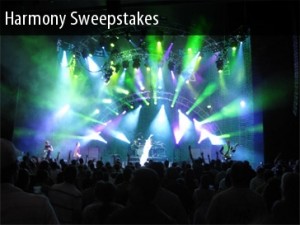 Dubious US Contribution to A Cappella

It is interesting to note that all types of older a cappella – community choirs, barbershop quartets, college glee clubs – participate in competitions. These are often encouraged by conductors looking for a goal to inspire the singers to rehearse harder.

The New A Cappella needs no such challenge. The young singers are typically well-trained and highly motivated. In addition, the tone of the scene is one of mutual admiration and encouragement. This attitude is openly promulgated by The Real Group. They spend much of their time and energy teaching. Founding member Peder Karlsson is now a ‘non-performing member of the group’, focusing full-time on expanding the activity of The Real Academy. Their approach is based on fostering self-esteem and positive reinforcement, and includes them embracing (literally and figuratively) groups of all degrees of achievement. This attitude in fact characterizes the entire professional scene and serves as a model for amateurs. The leading groups are all friends, they shun any sense of competition, and they openly encourage the activity of their equals and groups less experienced.

In addition to the plethora of amateur groups and the growing number of professional groups, NAC festivals have become a central activity. The Real Group recently held their second major festival in Sweden (August, 2012) and plan another for the summer of 2014. A biannual festival is held in Aarhus, Denmark biannually. An festival is held in London. SoJam is held annually in N. Carolina in the US, as well as numerous regional events.

Jeff Meshel’s Song of The Week — A Cappella

CASA — The Contemporary A Cappella Society (US)