I often find that when I get my hands on a new CD by an artist I’m familiar with, I put it on hold and listen to his/her previous work. Preparing myself aurally for the new one, as it were.

Well, mazal tov to Elvis Costello on his new release, “Secret, Profane and Sugarcane”. The liner notes compare it to his 1986 opus magnum, “King of America”, also produced by T-Bone Burnett. I’ve listened to the new CD twice now, and was a bit underwhelmed. The sound is similar, but it doesn’t hang together. At least so far. But I’ll probably be giving it one more chance.

Because I think Elvis Costello is as talented as John Lennon.

I realize that’s a pretty outrageous statement. But no one who knows me musically would accuse me of anything less than the utmost reverence for John’s work. I didn’t say that Elvis is in John’s league (because that’s a league of one), I said that he has the talent. What he lacks is the focus. He started as one of the founders of punk, a genre for which I have little appreciation, and I think still suffers from that tendency to play the provocateur rather than focus on the music itself. He’s worked in many, many different contexts, from Nashville to string quartets, Paul McCartney, opera, jazz, neo-punk, B 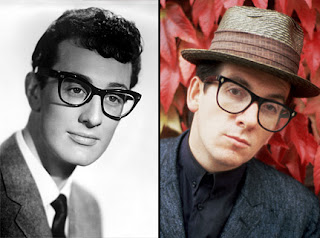 Nothing wrong with that. Unless it comes at the expense of digging down, which might be true with Elvis C.

To my mind his is a career chock full of disappointment, because of his immense talent and very small really first-rate output, stuff which can stand unflinchingly next to anything of its time – the LP “King of America”, four or five songs from “Spike”, the songs “Shipbuilding” and “Alison”, and this week’s song of the week, a live version of his punk hit “Accidents Will Happen.”

The original ‘Accidents Will Happen‘ I found to be just ordinary kid’s stuff. And this naked version? A riveting combination of wryness and craftsmanship, poetry and passion.

And not only that. He’s married to Diane Krall. 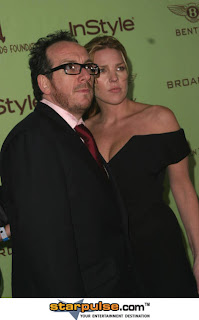 Oh I just don’t know where to begin–
Though he says he’ll wait forever, its now or never.
But they keep him hanging on – the silly champion.
She says she can’t go home without a chaperone

There’s so many fish in the sea that only rise up in the sweat and smoke like mercury,
And they keep you hanging on, they say you’re so young
Your mind is made up but your mouth is undone

And its the damage that we do and never know.
It’s the words that we don’t say that scare me so

There’s so many people to see,
So many people you can check up on and add to your collection
But they keep you hanging on until you’re well hung.
Your mouth is made up but your mind is undone.