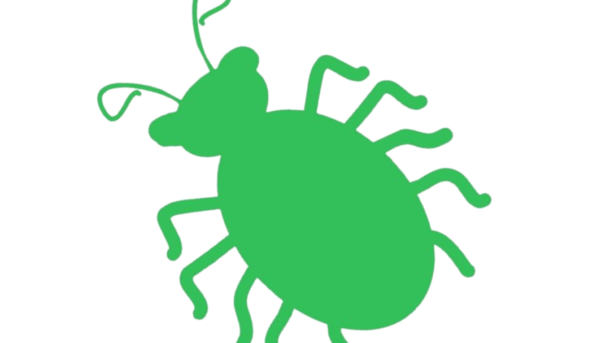 For the past four years I have done little (‘Nothing’, my wife would say) other than write a novel about a short-lived hippie band from rural NE Ohio inadvertently resurrected in 2006 from their oblivion via this miraculous new YouTube thing. It’s called “We Are Decapede!”, and you can read a bit about it here.

It’s a big, fun read (no ponderous lecturing on boring topics like here), with an ensemble of 17 characters (including a dog and a house). Lots of stuff happens—entanglements, disentanglements, reentanglements and knotting knots. I think there’s a pretty good chance that someone who enjoys this blog will really enjoy the book. It’s much funnier and has a lot of good music in it.

How?, you might well ask, do you have music in a book? The song ‘Creston Gold’ doesn’t exist. (If it did, it might sound something like this, and there are some covers you might recognize, like this or this or this.) But ‘Creston Gold’ is a fiction, just like the band that sings it, Decapede.

“There ain’t no such thing”– insects have six legs, not ten.

Fret not—“Heard melodies are sweet, but those unheard are sweeter”. So wrote John Keats, one of my all-time favorite depressives, and I’m inclined to agree.

The unheard singer in “We Are Decapede!” is the irascible, feral Sam Miller. His singing voice is deep, gravelly, and painfully honest. The first song he sings in the book is ‘Peggy Sue’, alone on his acoustic guitar. I’d like to tell you where that came from and what it represents for me.

Christmas break 1965, I’m a high-school senior on a Greyhound bus to Miami with Steve to sleep on my grandparents’ couch and look for trouble. My ditsy cousin sophisticate (returned from a year at a finishing school in Switzerland) took us to a club in Cocoanut Grove, where Steve promptly spilled his Coke all over our little table. But then a guy came on with a guitar and changed my life.

Well, at least my ears, but I think even my life. Perhaps we admire most what we strive for in ourselves. We choose our heroes, our icons, our role models.

His name might have been Duane Story or Dwayne Storey (or Harvey Muskrat if you want to trust my memory), although The Internet has never heard of such a singer. But I don’t need no internet to remember what he sounded like when he sang ‘Peggy Sue’, alone on his acoustic guitar.

A light went on, a token dropped, the clouds parted, and IT all became clear. I’m just not completely sure what IT is.

Neither, apparently, is Keith Richards: “Holly passed it on via the Beatles and via the Rolling Stones. He’s in everybody.” Note that Keef refrained from defining ‘IT’.

What did I know of Buddy Holly and ‘Peggy Sue’ back in that club in Florida? He had died in 1959, a couple of years before my time, but I had done my homework, so I knew and greatly admired all of his available records. I even knew how highly The Beatles and The Stones regarded him. But his popular appeal had waned, you wouldn’t hear him on AM or FM radio. Yet, as time would show, he did Not Fade Away.

1970, the Grateful Dead are partying after the show at Bill’s house. Garcia and Weir and Lesh are sitting there with their acoustic guitars and singing and playing away, and everybody’s having just a jolly good time, as you can imagine, partying with the Grateful Dead.

The song ended. A pause. “That’ll Be the Day?” I boldly suggest.

“But I don’t know the words,” says Jerry.

“I know the words,” says Jeff.

Here’s a whole SoTW about those two minutes and forty-two glorious seconds when I sang Buddy Holly with The Grateful Dead backing me. It’s all been downhill since then. I’m not saying that you’ll get to sing lead with The Dead if you learn all the words to ‘That’ll Be the Day’ by heart, but for me it was Revenge of The Music Nerd.

So why does the saga of Decapede begin with Sam Miller singing Buddy Holly’s “Peggy Sue”, alone on his acoustic guitar? Whether it was some Duane/Dwayne Story/Storey actually singing the song all those years ago in Cocoanut Grove, or whether it’s an imaginary relic from the attics of my mind—for me it represents some kind of core honesty that I tried to embody in Sam Miller.

“I play Buddy Holly every night before going onstage. It keeps me honest,” said Bruce Springsteen. Note that also The Boss refrained from defining that elusive ‘IT’.

Sam also sings ‘True Love Ways’, alone on his acoustic guitar. “A girl could get pregnant just listening to that,” says the New Waitress. One of the characters is living in Mason City, Iowa, and an event crucial to the story takes place there. Buddy Holly is all over “We Are Decapede!” It wasn’t planned. I guess it’s because Buddy Holly is all over me.

Don McLean coined the phrase ‘The Day the Music Died’ in ‘American Pie’, his tribute to the tragic crash of that Beechcraft Bonanza in a snow-covered field near Mason City that fateful February night in 1959. He, too, was referring to that feeling of lost innocence. Analog recordings are more ‘honest’, aren’t they?

It’s that ‘core honesty’, that straightforward, unadulterated “IT” that Buddy Holly seems to embody, that I wanted to imbue the character of Sam with. And ‘Peggy Sue’ is of course the core of Buddy Holly.

Way back in SoTW 002 I wrote about Buddy Holly’s Apartment Tapes, 6 songs he recorded a month before his death, alone on his acoustic guitar. Listen to ‘Learning the Game’ or ‘That Makes It Tough’ or even ‘Peggy Sue Got Married’. That’s honest music, man.

There’s no surviving recording of Buddy Holly singing ‘Peggy Sue’ alone on an acoustic guitar. We do have Paul McCartney singing it with Ron Wood, explaining in detail how much he and John copied from it. And we have George Harrison and Bob Dylan, albeit fooling around with it electrically. Check out Graham Nash (formerly of The Hollies), choking from emotion as he plays ‘Peggy Sue’, alone on Buddy Holly’s acoustic guitar.

My favorite version? Hands down, Sam Miller and Decapede.

Heard melodies are sweet, but those unheard
Are sweeter; therefore, ye soft pipes, play on;
Not to the sensual ear, but, more endear’d,
Pipe to the spirit ditties of no tone.