A real good thing happened to a real good friend this week. Neal Hendel was appointed to the Supreme Court here in . It’s a little hard for me to digest. I don’t know a lot about the judging business, but I have an awful lot of respect for his judgment about things like morality and right and wrong, and the subtle modalities thereof.

I trust him a little bit less on things musical. On the one hand, he does have some seriously quirky tastes (Whitney Houston’s high notes, Aaron Neville glissandos, and I’ve forgotten a few of the more extreme aberrations and blocked out some others), but he can also pick up on some really fine things as well. He’s a big Bob Dylan fan. So big that he chose to walk down the aisle to ‘I Shall Be Released’, Dylan’s masterpiece about escaping the pain of the world. Well, he married a lovely woman, so I guess he knew what he was doing.

In his honor, I would have loved to talk about Dylan’s newest CD, a collection of Yuletide songs entitled “Christmas in the Heart”, but it won’t be released till mid-October, so we’ll all have to just bide our time till then. So I figured this would at least be an opportunity to pay a visit to one of Dylan’s central recurrent metaphors: judges. 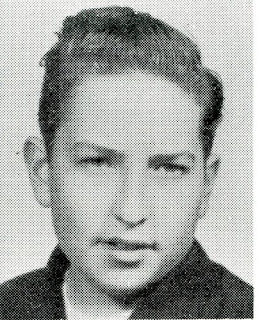 It seems Bob has a bit of a fixation on them. They appear directly in almost 30 of his songs (‘Angelina’, ‘The Ballad of Donald White’, ‘Bob Dylan’s Blues’, ‘Brownsville Girl’, ‘Day of the Locusts’, ‘Delia’, ‘Drifter’s Escape’, ‘Frankie and Albert’, ‘High Water’, ‘Hurricane’, ‘I Wanna Be Your Lover’, ‘It’s Alright Ma I’m Only Bleeding’, ‘Jim Jones’, ‘Joey’, ‘Jokerman’, ‘Lily, Rosemary and The Jack Of Hearts’, ‘Little Sadie’, ‘Most Likely You Go Your Way and I’ll Go Mine’, ‘Nettie Moore’, ‘No Time To Think’, ‘Percy’s Song’, ‘Ring Them Bells’, ‘Seven Curses’, ‘Shake Shake Mama’, ‘She’s Your Lover Now’, ‘The Lonesome Death Of Hattie Carroll’), not to mention the various judgment days, the “don’t you judge me and I won’t judge you”s, and the involvement with justice and the breach thereof, sin, the impingement of civil and emotional freedoms, and moral accountability.

Bob’s not a big fan of judges. He usually portrays them as symbols of all that’s heartless and fossilized in our society. Our SoTW is an atypical example of that motif. ‘Percy’s Song’ is from 1963 or 1964, the same period and very much the same place as a SoTW from a few weeks ago, ‘I’ll Keep It with Mine’. Neither was released on an official album at the time. And both are unusual in approaching some very harsh pain in a most gentle manner. ‘Percy’s Song’ makes me think a lot of ‘Blowing in the Wind’—all about the indignation of social injustice, but without the strident soapboxing that so often characterizes–I cringe as I write the word–’protest songs’. In a 1965 interview, Dylan was asked if he thought writing ‘finger-pointing’ songs was superficial. “No, it’s not superficial, it’s just motivated. Motivated. Uncontrollable motivation. Which anyone can do, once they get uncontrollably motivated.”

I think those are very, very wise words. I’ve thought about them often, quoted them, ever since back then when I read them. Words that early Bob should have listened to more often. ‘Hattie Carroll’, ‘Seven Curses’ and ‘Donald White’ (pre-1964) have certainly lost control. Not to mention ‘Joey’ and ‘Hurricane’ (1976). But Percy’s Song is a protest song of a different level. It masterfully avoids moral simplification, much more successfully I think than ‘Blowing in the Wind’.

The persona’s friend caused the death of 4 people in a traffic accident. The driver’s friend says to the judge, “He’s got a sentence to serve…, but ninety-nine years he just don’t deserve… What happened to him could happen to anyone.” Usually the Dylan persona would let loose a strident harangue at the cold-hearted judge. But the judge has closed the case, and the persona’s only recourse is to play the pained, wistful refrain “Oh, the Cruel Rain and the Wind.”

Well, it’s true that Dylan paints judges as heartless and haughty. But let’s keep in mind that the very fact that he harps on the point obsessively indicates how passionately he feels that such should not be the case. That the ultimate just judgment is what Godliness is all about, and that a judge having people’s fate in his hands is the closest to that that human society comes.

Just a year after writing all those songs about judgment, Dylan stepped back and wrote the memorable line “Ah, but I was so much older then, I’m younger than that now.” Well, neither Neal nor I are so young anymore. We may still feel like denizens of the ’60s in some corner of our soul, but the fact is that somewhere along the way, while we weren’t looking, we’ve become adults. Well, Neal has, anyway. And I can’t help feeling that if Bob knew Neal and saw him sitting up there on the highest bench in the land, he’d chuckle to himself with no small degree of satisfaction that someone who howled along with “How does it fee-eel?” has grown up and grown into a place where he can actually effect the times a‑changing for the better.