“Art is a matter of taste.” No one has the right to say what’s ‘good’ and what’s ‘bad’. Everyone’s entitled to his/her/its opinion.

Well, I guess I begrudgingly go along with the idea that everyone is entitled to vote. But I wouldn’t go so far as to say that everyone has a right to an opinion about music.

A goodly number of years ago I had an ongoing informal teaching relationship with a young man, let’s call him Ohad. He was about 16 when we started, a bona fide musical genius, composer/keyboardist. I taught him everything I know about rock music. I mean, everything. The kid was a veritable sponge. We developed a private language, one which I think no one on the face of the globe could have followed. We later employed that empathy in developing music for a number of plays I wrote and directed. 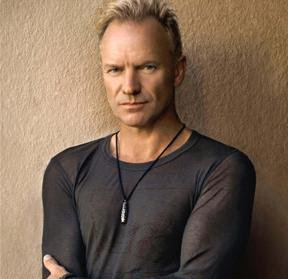 He was no pushover in the opinion department, but we pretty much agreed on everything. I gave him album X, and he came back saying songs 2, 7 and 11 get a 9. The rest 7 and below. And he was right on. Precisely, Watson. Maybe we would quibble about half a point. But on the fundamental perception of the album, we were in violent agreement. That doesn’t mean we shared the same opinions, the same likes and dislikes. One could have more affection for a certain artist, the other less, but we could always get what the other was hooking onto.

Why, you may ask yourself, is that so? I’ll tell you why I think it’s so. Because some musical works are empirically better than others. How do we empirically evaluate that? I have no idea, I just like using the word. Back in the very early 1960s, I was one of the very few people who bought LPs. Everyone was buying the hit 45s. But I achieved compulsion at a young age, and I wanted to make sure that ‘Mr Blue’ and ‘Come Softly to Me’ weren’t the Fleetwoods’ only gems, that God forbid I wasn’t missing anything. And so often, those albums contained that one hit and 11 attendant 2’20” nonentities. Empirically.

How does that happen? What separates the wheat from the chaff? I dunno. I do know. You do. Heaven does. Newton, Einstein. It’s just the way it is, don’t blame me. 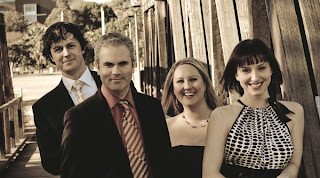 The one case where Ohad and I disagreed was Sting. I had nothing against him, especially “Dream of the Blue Turtles”. But Ohad just cringed. What can I say? Ohad, if you’re out there, I love you, but this song ain’t for you.

It is for everyone else, though. It’s by a great Australian a cappella quartet, The Idea of North. Listen to what four unembellished voices can do. I challenge anyone out there (except Ohad) to say that this ain’t a really fine piece of music.

In case you were wondering, the group took their name from a concept coined by Canadian pianist and wacko Glenn Gould for an autobiographical film of that name, maintaining that ‘North’ is an idea as much as it is a physical region, that things can be mapped and measured for ‘nordicity’. What a word, right? Well, TION (as the quartet nickname themselves) are from Australia, which is north of, um, of, um… They have some very lovely videos, in which they sing songs and for which the costume designers should be given a generous cash prize and a place in heaven.

‘Fragile’, like so many of Sting’s songs, displays self-righteous bleeding-heart, we-are-the-world, brainless-pacifist sentiments and a very lovely melody. And TION’s rendition is—well, you just listen and judge for yourself.