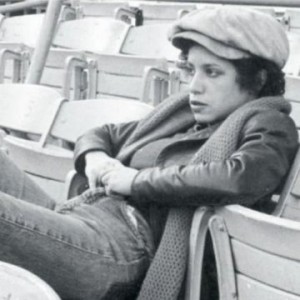 I was recently struggling to grease a conversation with my 11-year old grandson (he’s better at math than at words, proof that he takes after the other side of his gene pool). He was telling me (again, and at length) about the recess soccer league at his school, which team beat which, who scored how many goals, how each goal was scored… And a question popped into my mind and out of my mouth, unplanned and unprocessed and uncensored: “What number are you chosen?” “Six or seven”, he responded, without missing a beat, with an ambivalence of pain (at the half dozen who precede him) and pride (at the twenty he precedes). It’s been a long time since I participated in a 6th grade recess baseball game (for which I went much further down in the draft), but I had intuited correctly—some things never change. I guess six or seven is okay. My mind tells me that I wish he were oblivious to it all. But of course, in my heart I fervently wish he were one of the two captains doing the choosing – the vestige of that prepubescent angst we all felt so acutely.

If I won the cosmic lottery and were granted one wish for the benefit of humankind (no fair going for the clichés like World Peace, Zero Carbon Footprint, or the low-calorie Big Mac), mine would be to obliterate Popularity from junior high school. Teenagers and popularity. Social status. Where you stand in the eyes of your peers and in your own mind. Letting others determine your sense of worth. That warped, cruel, numbered list of My Rank on The Ladder. The mosquito is more beneficial to the planet. 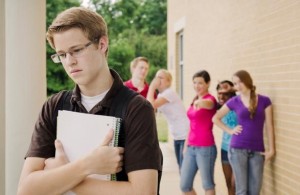 In the eighth grade I crash-landed in The City, an alien from a hick town dropped brutally in the middle of a viciously competitive bar mitzvah/debutant scene, clueless and bewildered. I would have been more at home on Mars. For several years I was at best ignored, at worst sneered at. By my senior year I had met enough fellow budding bohemian misfits in choir, drama club, the newspaper, to breathe. I continued trying to figure out the rules of the game while falling further and further behind in the score, till at 19 or 20 – borne on the wings of the emerging counterculture – I suddenly transmogrified from Weird to Special. Even the sorority girls who had only recently sneered in gaggles of threes began to rise to my attention, one at a time.

I’m guessing we all share that biography. Just switch the details like the cut-out clothes on a paper doll. My semi-friend AB was the coolest Jewish kid in high school. We got along quite well, and he was very nice to me when no one was watching. He made email contact with me a few years ago, and took the trouble to apologize for perhaps not being as loyal a friend as he should have been. We both knew what he was talking about. Maybe he liked me more, but when the real cool kids walked by, he dropped me like a leper. AB, I said, don’t worry. It bothered me a bit back then, but that’s just the way teenagers are. I was aware of my nonexistence in the social hierarchy. I took it as a fact of life—like height, like weight, like acne. It left no scars—really, really, really. Well, maybe. You may get past it, you may repress it, you may forget it, but you can’t deny it – this was perhaps the most acute pain you ever felt in your life. Your peers – those the most like you in the world – standing right there next to you, at the very budding of your selfness, looking you in the eye, and saying “I’m better than you. I know it and you know it, and everyone that we know knows it.” 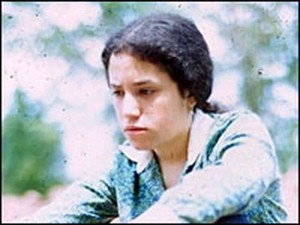 In 1964, the 13-year old (!!!) Janis Fink changed her surname to Ian (who ever heard of a successful songwriter with a Jewish name?) and recorded ‘Society’s Child’ describing her crush on a black boy and the outrage it created at home and at school. The song was so controversial that Atlantic Records’ Jerry Wexler (no small radical himself) broke her contract and refused to release it. A radio station in Atlanta that played it was burned down. But in 1967 the song reached #14 on the Hot 100. America was changing. She recorded three more albums which made little impression, retired from the music business, married at 20, divorced shortly after, and returned in 1974 with the hit ‘Jesse’ (both her version and Roberta Flack’s), followed in 1975 by “Between the Lines”, her masterpiece. It topped the Billboard charts and won her a Grammy for Best Pop Vocal Performance – Female, beating out the likes of Linda Ronstadt’s “Heart Like a Wheel”. 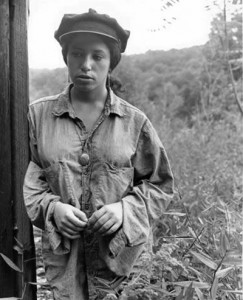 It’s a pretty darned fine album by all accounts, musical and intelligent and confessional charmingly intimate. It includes one of my favorite cuts from that decade, ‘The Other Side of the Sun’. But it was driven by our Song of The Week, that iconic anthem of teenage angst, ‘At Seventeen’. Wikipedia: “Promoting the song was challenging, as it was longer than most radio hits [4’43”] and packed with lyrics. Along with the promotions team at her record company, Ian decided that their best chance to market the song was to promote it to women, which was no easy task when so many radio stations were controlled by men. Ian did a grueling series of daytime talk shows for six months before she was granted an appearance on The Tonight Show where she performed the song and it took off.” 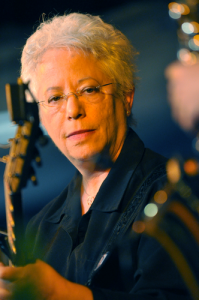 She also performed it on the debut show of Saturday Night Live. Here’s a nice live performance from 1976. The song was a million-seller, and that year on Valentine’s Day, Ian received 461 Valentine cards. Ian’s subsequent career has included more and less successful recordings, hit songs for other artists, a marriage and divorce from an abusive husband, a long-lasting marriage to a woman, publishing science fiction and a well-received autobiography. She’s been vocal about LGBTism, incest, continuing education for seniors, and criticism of the recording industry. A woman of Issues, that Janis Ian. But ‘the first line of her obituary’ will include a reference to ‘At Seventeen’, because no other song has ever addressed that particular profound pain as well. So, Grandson, take heart. There are many bumps in the road ahead, both within and without. Your future happiness is not hinged on your skill in soccer. Not even on how those two guys picking the teams perceive you. I promise. I learned the truth at seventeen That love was meant for beauty queens And high school girls with clear-skinned smiles Who married young and then retired The valentines I never knew The Friday night charades of youth Were spent on one more beautiful At seventeen I learned the truth And those of us with ravaged faces Lacking in the social graces Desperately remained at home Inventing lovers on the phone Who called to say, “Come dance with me” And murmured vague obscenities It isn’t all it seems at seventeen A brown-eyed girl in hand-me-downs Whose name I never could pronounce Said, “Pity, please, the ones who serve ‘Cause they only get what they deserve” And the rich relationed hometown queen Marries into what she needs With a guarantee of company And haven for the elderly So remember those who win the game Lose the love they sought to gain In debentures of quality and dubious integrity Their small town eyes will gape at you In dull surprise when payment due Exceeds accounts received at seventeen To those of us who knew the pain Of valentines that never came And those whose names were never called When choosing sides for basketball It was long ago and far away The world was younger than today When dreams were all they gave for free To ugly duckling girls like me We all play the game and when we dare To cheat ourselves at solitaire Inventing lovers on the phone Repenting other lives unknown They call and say, “Come dance with me” And murmur vague obscenities At ugly girls like me at seventeen