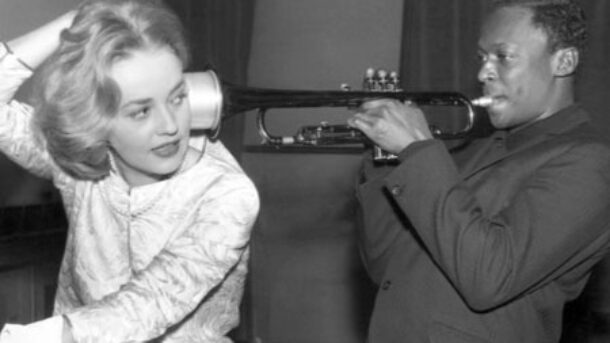 Thanks this week to my friend MK, who has so generously and virulently argued with me over the last couple of weeks about the sanctity and inviolability of classical music. She believes in all her heart and soul that it’s legitimate to cover Bruce Springsteen but not Bob Schumann. You know, I pretty much agree with her. Just not in this case. 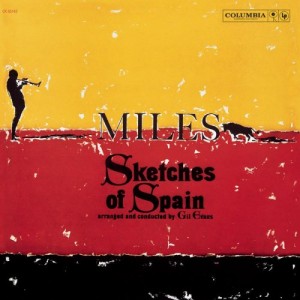 A while back I undertook to take a walk through Miles Davis’ music of the 1950s.  Today’s SoTW is the third in a series of four. We’ll be taking a look at the cut ‘Concierto de Aranjuez’ (Part One, Part Two) from the album “Sketches of Spain” by Miles Davis, arranged and conducted by Gil Evans. Thom Jurek, a critic whose effusiveness pales even mine called this cut “…one of the most memorable works to come from popular culture in the 20th century…To listen to it in the 21st century is still a spine-tingling experience, as one encounters a multitude of timbres, tonalities, and harmonic structures seldom found in the music called jazz.” Whoo, them’s some high-falutin’ words. Sure sounds like this is worth listening to, right?

So let’s get some terminology in order here. A concerto is a large-scale orchestral composition of three movements featuring a solo instrument. Aranjuez is a small town 50  km south of Madrid. Joaquin Rodrigo (1901-1999) was a blind Spanish composer whose ‘Concierto de Aranjuez for Guitar‘ is one of the most popular orchestral works of that century. The piece is widely believed to have been inspired by the atrocities of Guernica, but after decades of  silence Mrs Rodrigo said that it reflected both their honeymoon and the composer’s devastation at 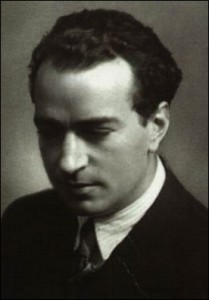 her miscarriage. Miles Davis (1926-1991) was a spoiled junkie trumpeter of limited technique who played as an 18-year old in the quintet of Charlie Parker, alto sax luminary of bebop. He came under the influence of visionary of the Cool big-band arranger Gil Evans (1912-1988). Together, they created in 1949 the stunning “Birth of the Cool” sessions (see SoTW 35). Miles descended into heroin, came out to make a series of seminal genteel albums for Prestige (see SoTW 41). In 1957 he was at the top of his game, signed to a lucrative new contract with Columbia – fame, fortune, acclaim, boxing gloves (he was a serious pugilist), Ferraris, and  lots of beautiful women in the pockets of his elegantly tailored Italian suits. Columbia suggested that Davis work with an arranger. He turned to Evans, and the resulting collaborations (Gil Evans talking about Miles and conducting him), most notably “Miles Ahead” (1957, in this stunning clip), “Porgy and Bess” (1958), and “Sketches of Spain” (1960) (as well as Evans’ “Out of the Cool” from 1960, very much in the same vein) are indeed among the greatest achievements of modern jazz.

All four albums sound more Evans than Miles. Not to diminish Miles’ contribution, but it’s more as a collaborative artist than as a soloist. Nowhere on the three collaborations do you really sit up and notice Miles’ playing. You’re immersed in the orchestration, the gestalt of the sound. So much so that “Out of the Cool”, even without Miles’ participation, is part and parcel of this group. 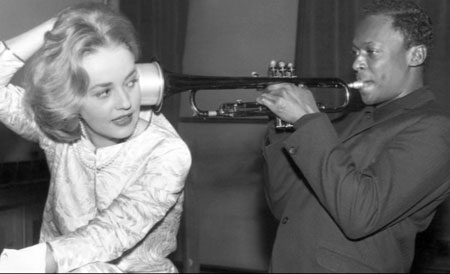 One more issue we need to clarify here, orchestration vs bandization. Rodrigo writes  for the ‘classical’ concert idiom, i.e., the symphony orchestra, which is a mix of up to 80-90 woodwinds, brass, percussion, and predominantly strings. Evans’ instrument is a small concert band —about 20 musicians sans strings. The former is by nature softer, the latter typically harder–the difference between catgut on wood and a Bronx cheer amplified on brass.

The four albums from the Evans/Davis group always pair up in my ears: “Miles Ahead” and “Out of the Cool” together, brassy, brash and bright, upbeat, energetic, gleeful, glowing. Music to Grin To. But “Porgy and Bess” and “Sketches of Spain” are soft, floating, contemplative, stunning intricate tapestries of Evans’ trademark nimbus-like concert bands and brass/wind ensembles. 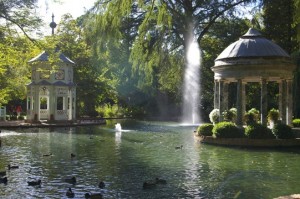 What Gil Evans did in this piece was to re-cast the second movement (‘Adagio’, i.e., slow and graceful) of Rodrigo’s concerto. From what I can figure out, he uses almost the entire original notation but re-orchestrates it, the brass and woodwinds replacing the strings. But it’s so much more than that. He rebuilds the harmonic texture of the original. It’s the same but oh, so different.

Let’s dissect one small part, the very beginning of the two pieces.

The very first section begins with a statement of the main melodic theme a number of times in different harmonic contexts, both minor and major. (As far as I can figure out the piece is written in B minor, but I wouldn’t bet the family farm on that or any of the technical gobbledygook I’m throwing out below.)

In the original, it begins with a guitar strumming the chords, the English horn playing the melody, strings providing sustained chords based on the (minor) tonic. The sentence is then repeated, with the guitar playing the melody. Then up to the (major) dominant, the guitar against the sustained strings with a bass providing a steady pulse on the first beat of each measure, just to keep things in order. 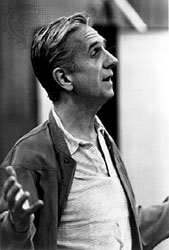 Gil Evans’ version is so similar, but so wholly other. We’re way, way beyond the coherent world of beat-on-the-one. From the get-go, the backdrop is a very high tinkling piano and some indefinable chirping instrument supercharged with a manic, jittery clattery castanet that allows scarce respite throughout the entire piece. The melody is stated not by one instrument but by two, Miles on his muted flugelhorn (much like a trumpet, but with a softer, gentler tone) and another brass below him.

The sustained chords accompanying them are not the stately, classical minors of the original, but a restless, hungry body of harmony menacingly shadowing the melody. There’s a tuba (I think), then later Paul Chambers’ bass, providing a tense, lurking line independent of the rhythm of the melody, searching, probing, a fierceness in its eyes. Of course in a normal listen to the piece you don’t consciously hear these underlying lines. But they have a profound psychological effect, one of menace, impending conflict, dark clouds on the horizon and a still heaviness in the air.

The backdrop accompaniment of Evans’ brass and woodwinds are utilizing the same chord progression, as far as these untrained ears can discern, but with a rich retinue of bizarre embellishments. Not embellishments, enrichments. Heaven is in the details. 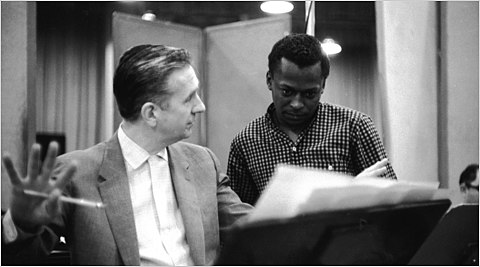 That’s the heart of the difference to my ears. In Rodrigo’s original, the sustained chords providing the fabric of the piece are orderly minors, clear, recognizable, calming. In Evans, this backdrop is full of internal tensions, oblique jazz notes creating a complex, inscrutable tapestry contrasted upon which the melodic line couched. The juxtaposition of the clear, beautiful melody creates–for me–a rich, evocative dialogue which doesn’t exist in the original. That’s why I prefer “Sketches in Spain” to the original.

But MK, thanks a lot for arguing with me. It sure did help me clarify things for myself.