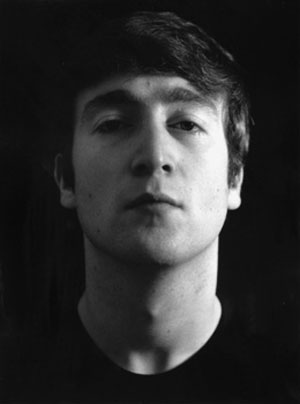 The Beatles, ‘In My Life’ (Official video)

I have a lot of trouble listening to The Beatles. I can’t begin to guess how many times I’ve heard each recording. Five hundred? A thousand? Two thousand? But I do know that my ears are inured to the music, rendered deaf by familiarity. There was a period when I’d try to listen obliquely—with headphones, volume cranked way up to hear every crinkle in the voice, one channel of the stereo version, leaning on my left shoulder listening to the bass. But for decades now, I listen to The Beatles infrequently.

Even the new remastered and remixed sets. I have listened to some, and yes, it really is remarkable, the cleanliness and clarity. But the intimate familiarity with the music is so much stronger than the new light shed that it’s not new enough for me to really hear it. Every note is hardwired into my brain. On occasion I’ll play a song in my brain, sort of like a portable jukebox. “Hey, how about ‘Not a Second Time’?” Press B13 in the temporal lobe, there it is. A 2:12 aural clip inside my head, just like on the record. 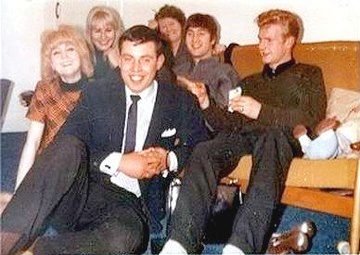 So all we can do most days is to take a step back. ‘In My Life’ is one of my favorite songs on one of my favorite albums (“Rubber Soul”, the American version). I’m not unique in this. Rolling Stone ranked it 23rd in its list of “The 500 Greatest Songs of All Time“. In a 2000 Mojo magazine poll it was voted the best song of all time by a panel of songwriters which included Paul McCartney, Brian Wilson, Lamont Dozier, and Carole King.

The song was recorded on October 18, 1965. Lennon sings it, double-tracked. They left the middle part empty, and John asked George Martin to play a piano solo, suggesting “something Baroque-sounding”. Martin wrote a quasi-Bach line that he found he could not play at the song’s tempo. On 22 October, the solo was recorded at half-tempo (one octave lower) and tape speed was doubled for the final recording, solving the performance challenge and giving the piano solo a unique, harpsichord-like timbre. 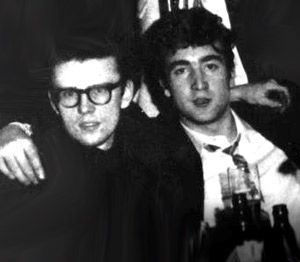 According to John’s old pal and biographer Pete Shotton (see the picture above), the lines “Some are dead and some are living/In my life I’ve loved them all” referred to Beatle Stuart Sutcliffe (who died in 1962) and to Shotton himself.  The song has become our go-to anthem of nostalgia, the emblem of wistful reminiscence. Ironically, though, John’s lyric rejects clinging to the past. What in fact matters is his new love, the lover addressed in the song, she who is real, alive and present. That may not be profound, but it sure is heartfelt and moving.

According to McCartney, it’s one of only two songs (along with ‘Eleanor Rigby’) whose authorship he and John disagreed about. John says he wrote it all (except for the piano solo), McCartney says he wrote most of the music. 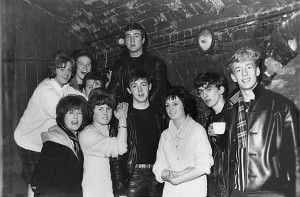 But of course it’s John’s song, through and through. I’m not a big fan of any of Lennon’s solo music, and I don’t understand why people would play ‘Imagine’ or ‘Workingclass Hero’ on his yahrzeit. John’s music died when The Beatles broke up. (If you think that’s cruel or harsh, it was John who said, “Elvis died in the army”). ‘In My Life’ is quintessential John. It’s what he’s all about– melodic and passionate and naked.

Lest I wax soppy, let me add that I’ve always thought that The Beatles misinterpreted this song. One of two cases (the other being ‘Help’) where an introspective song was revved up (and cheapened) to be better suited for AM radio. The Beatles’ ‘In My Life’ is way too fast, too noisy, too choppy (Ringo at his worst with his boomachukka drums and intrusive cymbals). 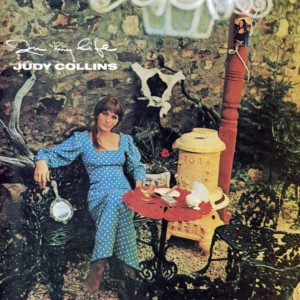 Strange as it seems, I’ve always felt that this song was really nailed by a singer I don’t have too much admiration or respect for, Judy Collins. In 1966 she made an album called “In My Life”, which was quite groundbreaking at the time for the megahit version of gravelly newcomer Leonard Cohen’s ‘Suzanne‘, and for its terrific covers of Richard Farina’s ‘Hard Loving Loser‘, Dylan’s ‘Tom Thumb’s Blues‘, Donovan’s ‘Sunny Goodge Street‘, and especially the then-unknown Randy Newman’s ‘I Think It’s Going to Rain Today‘. Hard to realize today, but giving ‘pretty’ renditions to Dylan, to Cohen and to The Beatles wasn’t done. Her versions are very respectable, and hers was my first encounter with Randy Newman (way before his first album). But she was really on the mark with her  ‘In My Life’. She captures perfectly the gentleness of Lennon’s composition, which the Beatles quite miss.

And years later, from the vantage of baldness, Beatle discoveree James Taylor visited the song. ‘In My Life’ is low-hanging fruit for James; he’s been singing the same song in a different guise since ‘Fire and Rain’. I’ve written about how James’ version of ‘Yesterday’ is so much more convincing than Sir Paul’s original.

But for ‘In My Life‘, our version of choice is that of John and his band. They’re the ones who created the soundtrack of our youth. And even when they’re a little off the mark, they are the monoliths.

None of ‘us’ can listen to the song, look at a picture of John Lennon, and not shed a tear inside. In Gerard Manley Hopkins’ “Spring and Fall”, a ‘young child’ named Margaret is weeping at the sight of falling leaves, too young to understand the source of “sorrow’s springs”. Hopkins tells us, “It is Margaret you mourn for.” So when we weep at this song, we’re weeping for our losses, our irretrievable past.

But to do the song justice, we should focus on the ones we’re with, the ones we love here and now.

There are places I remember
All my life, though some have changed
Some forever, not for better
Some have gone and some remain.
All these places had their moments
With lovers and friends
I still can recall.
Some are dead and some are living
In my life I’ve loved them all

But of all these friends and lovers
there is no one compares with you
And these memories lose their meaning
When I think of love as something new.
Though I know I’ll never lose affection
For people and things that went before
I know I’ll often stop and think about them
In my life I love you more.