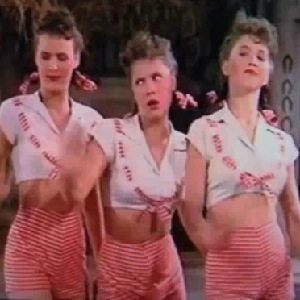 This clip is so insane that 74,000 people have watched  the jaw-dropping reactions of kids watching the misses Ross.

The Ross Sisters went by the names of Aggie, Elmira and Maggie, but their real Christian names were Veda Victoria, Dixie Jewel and Betsy Ann. From Colorado City, Roscoe and Loraine, Texas, respectively and I’m sure respectfully. Rosses, all of them.

The farmer said to his spud, your skin looks slightly pallid… This clip is from the MGM Technicolor film ‘Broadway Rhythm’, WWII. So here they are, ladies and gentlemen, the wunnerful Ross Sisters singing and, um, performing the song ‘Solid Potato Salad’. You gotta stay for the second minute of the clip to get the point. 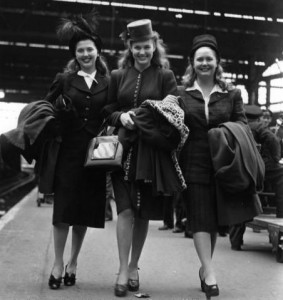 The farmer said to the spud, “You’re skin looks slighty pallid,
So I’ll dig you later, bud, for some solid – poatao salad!”.