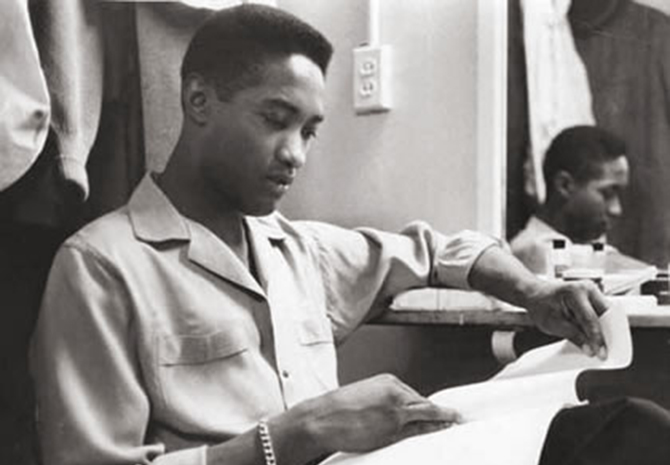 Sam Cooke, ‘Bring It On Home To Me’

Sam Cooke, ‘Bring It On Home To Me’, Live at the Harlem Square Club

Smokey Robinson and the Miracles, ‘You Really Got a Hold On Me’

I learned something new this week. Or more precisely, I had a long-held misunderstanding corrected. C’mon, Jeff, just say it—you were wrong, you just found out. 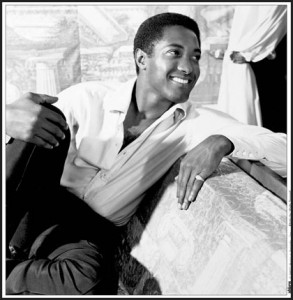 I always believed that Sam Cooke’s ‘Bring It On Home To Me’ was a derivative cover of Smokey Robinson’s ‘You’ve Really Got a Hold On Me’. And I’m here today to make a public confession that I was wrong and thus to try to right that heinous injustice: Sam Cooke’s version came first,.

So there. I’m sorry, Sam. But I guess I don’t really need to worry about it too much, since the half century since Cooke’s death at 33 in 1964 (shot by a lady motel manager whose room he had broken into and was allegedly trying to assault) has been very kind to his reputation. He commands the greatest respect imaginable, especially as a vocal stylist. Van Morrison readily admits that his whole approach to singing is modeled after Cooke’s. Rod Stewart often sounds like a bleached version of Cooke. You can’t imagine Otis Redding or Marvin Gaye without Cooke’s precedent. And that’s only the start of a very long list.

But that’s not his only achievement. He’s considered one of the finest gospel singers of the 1950s. In 1958 he crossed 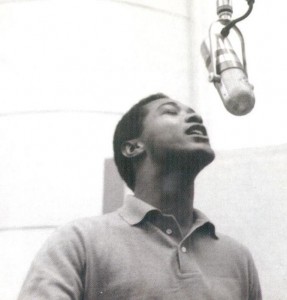 the line from the sacred world of hoot-and-shout gospel to the profane world of string-backed, hormone-soaked teenage carnal love with one of the biggest hits of the decade, ‘You Send Me’. Over the next few years until his death he had a string of memorable pop hits (‘Cupid‘, ‘Wonderful World’ later covered by James Taylor/Paul Simon/Art Garfunkel, among many others) as well as hits that in retrospect were trailblazing steps into what would become soul music (‘Shake‘, ‘Ain’t That Good News’, and the immortal ‘A Change Is Gonna Come’). He was a political rebel, promoting black consciousness and pride, founding his own record company to fight the repressive, commercialized (white) music distribution business.

In a previous SoTW, I expressed some of my admiration for Smokey Robinson’s stunning ‘The Tracks of My Tears’. And I’m glossing right over Sam Cooke’s ‘A Change Is Gonna Come’ here, because it is too important to be discussed other than on its own. This week we’re going to confine ourselves to these two companion pieces, ‘BIOHTM’ and ‘YRGAHOM’.

They’re both written by the very first black singer-songwriter auteurs in the pop idiom. They both reach back into the artist’s gospel roots, using the black Baptist church’s call-and-response format in a secular R&B song. And then looking around to write this, I discovered another very striking similarity–both were clearly toned down, sweetened up and bowdlerized for the Top 40 (white teenage) market, but both have a well-known raw, soulful version that puts the more popular version in a much clearer light.

Here’s Smokey Robinson & The Miracles hit record of ‘You’ve Really Got a Hold On Me’. And here’s a live version of the 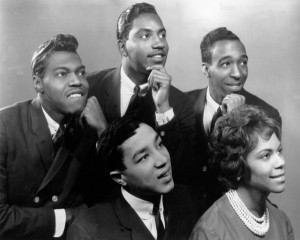 song, typical slick Motown, very much reflecting the spirit of the recorded version. It’s from the (Wonder Bread-white) TV show Shindig; Smokey and the guys are wearing tuxedos, and the dancing is typical 1964-vintage Motown. And here’s a cooler clip from 1963. Apparently Motown didn’t have choreographers yet to polish the dancing, and Smokey’s tie is undone. His performance here is more James Brown than David Ruffin.

And here’s our SoTW, Sam Cooke’s inadvertently maligned ‘Bring It On Home To Me’. Here’s the hit record version of the song. The second voice here is the uncredited, then-unknown Lou Rawls! Ernie Freeman plays piano. And here it is live in front of a black audience at the Harlem Square Club in Miami, 1963. I’ve heard this song many times, by many artists. But I certainly never experienced it as I did when I heard this very, very raw and real version.

Among the countless artists who have covered the song are Wilson Pickett, Otis Redding, Sonny Terry and Brownie McGhee, Paul McCartney (twice), John Lennon, Van Morrison, Rod Stewart, and Aretha Franklin. So I’m not sure that Sam Cooke really needs rehabilitation from me. Still, it’s my privilege and pleasure to join the choir. So I guess I learned two things this week. First of all, that Sam Cooke takes a back seat to no one, not even to Smokey Robinson. Secondly, and much more important as a practical lesson for the future–the sweetest fruits are often those closest to the roots.