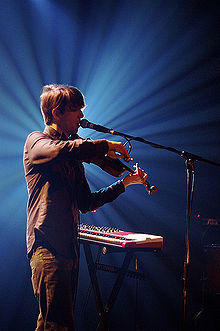 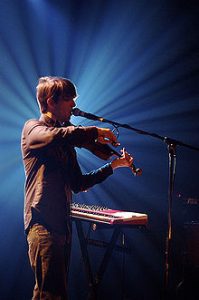 Owen Pallett, ‘Oh Heartland, Up Yours!’

Owen Pallett, ‘E is for Estranged’

I know many of my subscribers decide whether to read a post or not based on the song/musician being discussed. Which is cool, because we all love our favorites. Me, too.

So I’m often tempted to write about well-known music in order to boost my stats. But back when I conceived of this blog some 10 years ago, I promised myself to follow the music rather than the numbers, and I try really hard to keep promises. So no Taylor Swift this week, darlings. I’m taking you with me instead to yet another road less travelled, one which has brought me great edification and no little puzzlement over the past few weeks.

And now we’re talking about Owen Pallett, born 1979 near Toronto, and he’s the most dazzling artist I’ve encountered in years. Think of Jacob Collier, Sufjan Stevens, Van Dyke Parks and perhaps even a pinch of Nilsson, if those names ring your bells. If not—take a little walk with me.

Jacob Collier because Owen is young, loves to loop, and is endowed with a rare, prodigious musicianship. Sufjan Stevens because he’s young, fun, weird, melodic, and is creating new sounds and ideas often within a pop framework. Nilsson for the beauty of his melodic lines and the virtuoso expressiveness of his voice. Van Dyke Parks (most famous for collaborating with Brian Wilson on “Smile”) because—well, that’s a whole ‘nother story, but here’s Owen’s cover (with symphony orchestra) of Van Dyke’s ‘Palm Desert’ from the legendary 1968 “Song Cycle”.

I hope Van Dyke feels a lot of validation from having so much influence over a brilliant young composer/performer half a century after “Song Cycle” aroused such a deafening silence. I promise a posting in the near future about VDP. 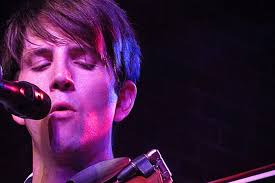 The best label I’ve found for Owen is ‘baroque indie’, but I have only the most tenuous sense of what that means. And that label – a sub-category of a nebulous style – seems to me to diminish Owen’s music, which is grand and fine. I’ll tell you what I am hearing—a brilliant young musician whose deepest roots are classical violin, but who is equally comfortable in composing a quartet for four digital somethings with a rippling drum line and hooks that make my heart skip a beat.

Dazzling. It’s Owen’s own word. I’ve been listening to it in a loop for weeks, and my strongest impression is that wherever you drop the needle (antiquated reference, you kids can ask your grandparents) on any of the four LPs, you’re hearing a rich, fascinating, beautiful mélange of new sounds.

Owen began violin at three, wrote his first modern classical piece at 13, and began solo violin performances at 15. He soon moved to composing for video games, and from there to operas, movie scores, and currently to being the go-to session violinist for lots of indie bands, especially Arcade Fire.

His first two albums, under the name Final Fantasy (“Not one of my top twenty favorite video games”–OP) are almost all violins and vocals. But if you’re thinking Frank Sinatra/Gordon Jenkins, you’re way off base. Eight of the ten songs are said to refer to the schools of magic in Dungeons & Dragons. 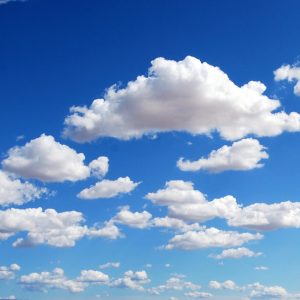 Check out for example the title cut from the album “He Poos Clouds”, which won the Polaris (Canadian Grammy) for best album of 2006. Or ‘This Lamb Sells Condos’.

My favorite is the album “Heartland” (2010, also a Polaris winner), where the strings join in a symphonic circustry of sounds.

Check out for example ‘E is for Estranged’. Much of Owen’s music is based on looping the violin. Here’s a pretty amazing video of how he does that.  And here’s the studio version.

It begins with a piano-ized keyboard with electronic haze behind. Then there’s a dialog between a pianoish instrument and a violinish one. Is it a processed violin? A violinized synthetizer? Who knows? Who cares? Well, I care because the sound is so damned interesting. But by the accompaniment in the third verse, you all that wrist action, and you know its Owen multitracked on the old cat gut. I think.

And then it grows into a symphony, an organic symphonic instrumentation, the strings written not by George Martin but by The Boys themselves, if you know what I mean. And it’s a really cool song. You can dance to it (well, waltz—it’s in ¾). I’ll give it a 12. 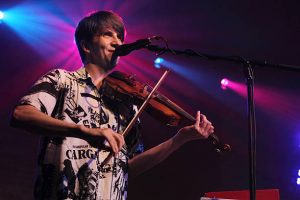 Owen is gay. “As far as whether the music I make is gay or queer, yeah, it comes from the fact that I’m gay, but that doesn’t mean I’m making music about it.” Well, just mildly disingenuous there, Owen. Most of the content of Owen’s music and the visuals of his videos revolve around homoeroticism. It’s not just his predilection, it’s his agenda.

I personally believe that sexual freedom and good taste can sometimes clash. I believe in people practicing whatever floats their boats–behind closed doors. Sex can be a slippery slope in art. It’s really hard to make it interesting. There just aren’t that many variables. Not desire—that’s a staple, bring it on! But the physical implications of said desire are often better left behind those closed doors.

His lyrics are no less striking than his compositions or his instrumentations or his performances.  It seems to me—and I would have liked a couple of weeks more work on this to solidify this impression–that his words work better as poetry than as lyrics.

This is something very unusual. Dylan is a lyricist, not a poet. Leonard Cohen straddled the fence in the beginning, but eventually cast his lot with songwriting.  Owen Pallett’s words are the intelligent, challenging, focused constructs of heightened language that distinguish (in my mind) lyrics from poetry. Let’s put it this way: I can’t think of a single other songwriter about whom I would say ‘his lyrics are really poems’. I’ll go further. I think they work better as poems than as lyrics. 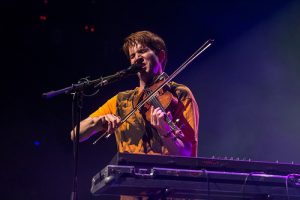 I did my homework on the words below, references supplied for your reading edification. Don’t mean I understand the text now. But I recognize that they’re strong words, fashioned with intelligence and wit and craftsmanship. As I said, I wish he’d expand his concerns beyond his own private sexual issues, which also here seem to be at the center of things, albeit less blatantly than in other songs.

But the music? Gosh, what dazzlement. As he writes in ‘Lewis Takes Off His Shirt’ (I wouldn’t have minded if he left it on), “My senses are bedazzled by the parallax of the road”. ‘Parallax’ means the change in appearance of an object when viewed from different perspectives. It’s also commonly known (among millennial geeks) as the method of scrolling in which the background of a web page moves at a slower rate to the foreground, creating a 3D effect.

But as I freely admitted in last week’s SoTW, when it comes to understanding video gaming and 21st century sexualism, I’m Dylan’s Mr Jones. But the music? I sure do get that music. 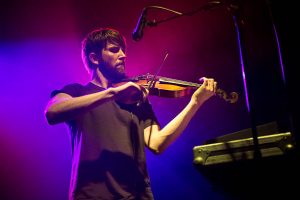 From the wight1 lying in the barrow
To the priest with his broken arrows
There’s a method to the madness
They will feign an expression of sadness
A concatenation2 of locusts
And the farmers are losing their focus
On the pitch of the Avenroe3 grasses
I will sing, sing, sing to the masses
Oh Heartland, up yours! 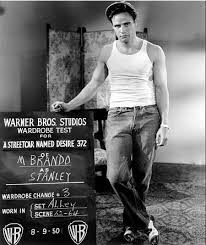 Oh, you wrote me like a Disney kid, in cut-offs and a beater4
With a feathered fringe it doesn’t suit a simoniac5 breeder
Doesn’t work, doesn’t fly, doesn’t handle

From the wight lying in the barrow…

My homeland
I will not sing your praises here

2A series of connected events

5Buying privilege or pardon from the church