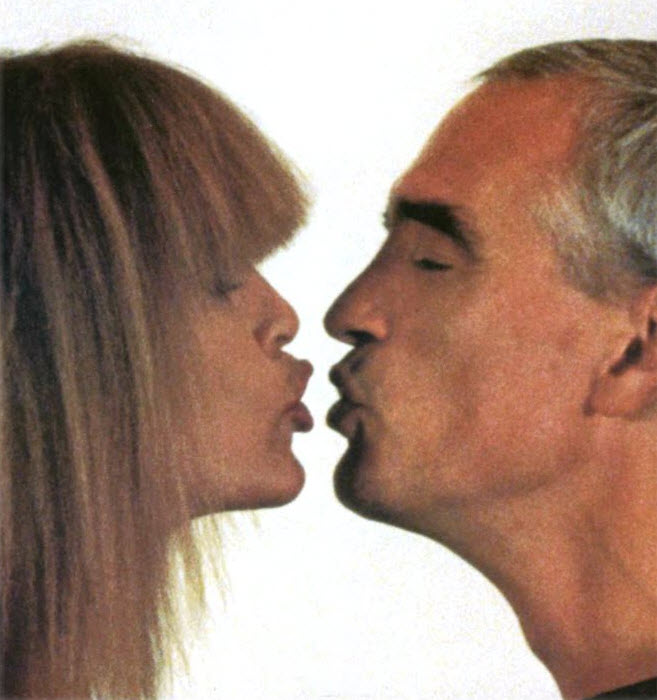 You have two options:

I’ve watched this clip of ‘Lawns’ maybe 30 times in the last month. I mean, I really like it.

She’s a character, a dynamo, hilarious and wacky and imposing. But she is first and foremost a singular composer of elusive, intriguing, beautiful songs.

Her partner Steve Swallow eschewed the double bass for an electric bass in the late 1960s, a pioneering move for a progressive jazz musician. It’s true that the bass traditionally and by nature provides support for a lead instrument. And the fact that Carla is such a strong composer (and imposing figure) that she might seem to ‘wear the pants’ (jeez, you can probably get arrested today for using that phrase) in the relationship. But when you actually listen, you see that he more than holds his own. First of all, he’s more of an instrumentalist than Carla. She’s plays a songwriter’s piano. He is a full partner in making the music. 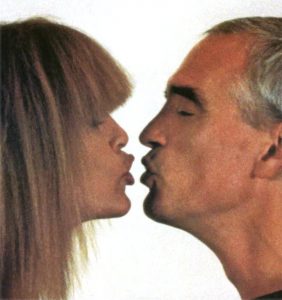 It’s a voyeuristic experience, watching this couple making musical love. It’s not a Hollywood Barbie and Ken Get It On scene. It’s about real humans, serious and mature and wrinkled, and real love.

This is what love at 60 should be. Not screaming and strutting or popping buttons and groaning. It’s the gentle, warm intimacy born of years of two very individual individuals living together, creating a world bigger than the sum of their own selves. 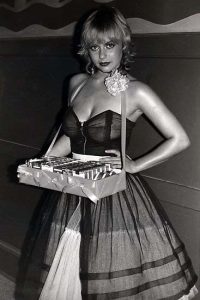 At 17, in 1955, Carla hitchhiked from California to New York, where she got a job as a cigarette girl in Birdland, a leading jazz venue. At 19 she married dour avant garde Montreal pianist Paul Bley for a while. Then she was married to Austrian avant garde trumpeter Michael Mantler from 1965 to 1991, with whom she pioneered the independent free jazz scene, establishing an artist-owned big band, record label and distribution agency for progressive jazz. And since then, from what I can gather, she’s been with bassist extraordinaire Steve Swallow, with whom she’d been collaborating musically since the late 70s.

She’s also recorded well over 30 albums in a wide variety of contexts–big band, smaller ensembles, and in recent years duets with Swallow and trios with him and saxophonist Andy Sheppard.

I’ve been listening to nothing but Carla for the last month, and I feel that I’m still far from having absorbed the life’s work of this major artist.

Although her reputation is primarily as a composer in the world of free jazz, I’ve found her oeuvre to be surprisingly diverse. And accessible. And fun. And rewarding. 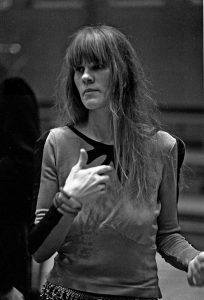 Kurt Elling just released “The Questions”, a typically eclectic, surprising and serious theme album–this time probing “the big questions – What is this life? Does meaning have being? Why is there such suffering and pain? Where is the wellspring of wisdom?”

“We’re two musicians who have dedicated ourselves to a similar task – to be jazz musicians to the greatest extent of our abilities. We pay attention to the real heroes of the music, we play in the style and spirit of the greatest jazz musicians who ever lived, and we don’t cut corners. We’re here to play great melodies and express authentic emotion – to be the real deal as much as we can.” [On his second consecutive collaboration with Bradford Marsalis; we discussed in SoTW 261 Elling’s treatment of Sting’s ‘Practical Arrangement’]

Here Carla Bley’s ‘Lawns’ becomes ‘Endless Lawns,’ with Elling’s new lyric interposed with a poem by Sara Teasdale. Thank you Kurt, both for your reading, and for getting me to go back and get past the hair. 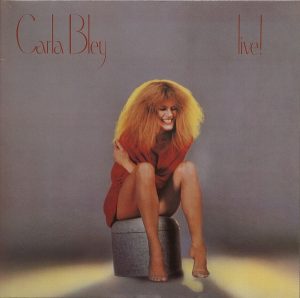 I was quite aware of Carla before this. First of all as the composer of a cut that’s long been very close to my heart–‘Jesus Maria’:

I listen to a fair amount of free jazz. I’m not opposed to dissonance, grit, or taking a leap of faith to follow a demanding artist. But my feet are placed firmly in the camp of “I’ll give it a 9—it’s got a good melody and you can dance to it,” just like most normal humans.

But here and there, there’s difficult music that grabs me.

In the early 1960s, the trio of Jimmy Giuffre (reeds), Paul Bley and Steve Swallow, made a series of free jazz recordings that speak to me very directly and strongly. Here are two versions of ‘Jesus Maria’ by that trio — from ‘Emphasis‘ (live) and from ‘Fusion‘, both 1961. 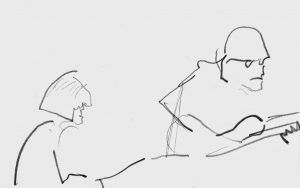 And here’s Carla’s own septet version. What can I say? I connect to Giuffre’s trio readings, not to the trombone-based septet. And if I’d stopped listening to Carla at this point, I’d have remained convinced that she’s a composer.

But there’s so much more.

As I said, I’ve been listening to her non-stop for a month now, but she’s been recording prolifically for 50 years, and it would be a serious injustice to think that one can fully digest the life’s work of a serious artist in a few weeks. 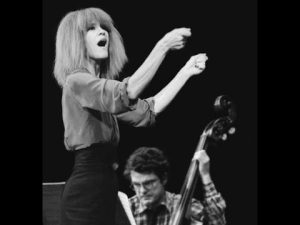 So I’m going to present you with a pile of music, and cordially invite you to do some exploring on your own.

Throughout much of her career, Carla’s main vehicle has been her big band. Here’s a fine blog posting reviewing that whole period. I’ll bring a few examples from those recordings below, but I’ve been mostly drawn in by her duets with Swallow and trios with him and Sheppard.

Here’s her song ‘The Girl Who Cried Champagne’ in three very different versions: 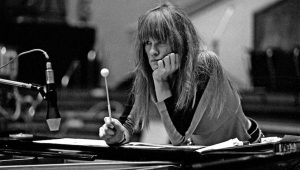 Here’s her beautiful ballad ‘Utviklingssang’ (‘Song in development’ in Norwegian)

Here are some interpretations of her “Ad Infinitum”:

And here are readings by three different artists of her ‘Ida Lupino’ (a hard-headed 1950s actress turned director of socially-conscious films, the first female to break into the Hollywood director Boy’s Club): 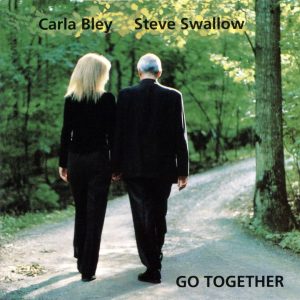 Of this entire treasure chest, I keep going back to “Duets”. So I’ll leave you with one last taste of the musical intercourse these two artists share with us, ‘Romantic Notion #3’. Listen to the interplay between them. She puts up the coffee, he goes for the newspaper. After breakfast, they make music. Two distinct and distinctive personalities. Sharing a life. Making joyous music.