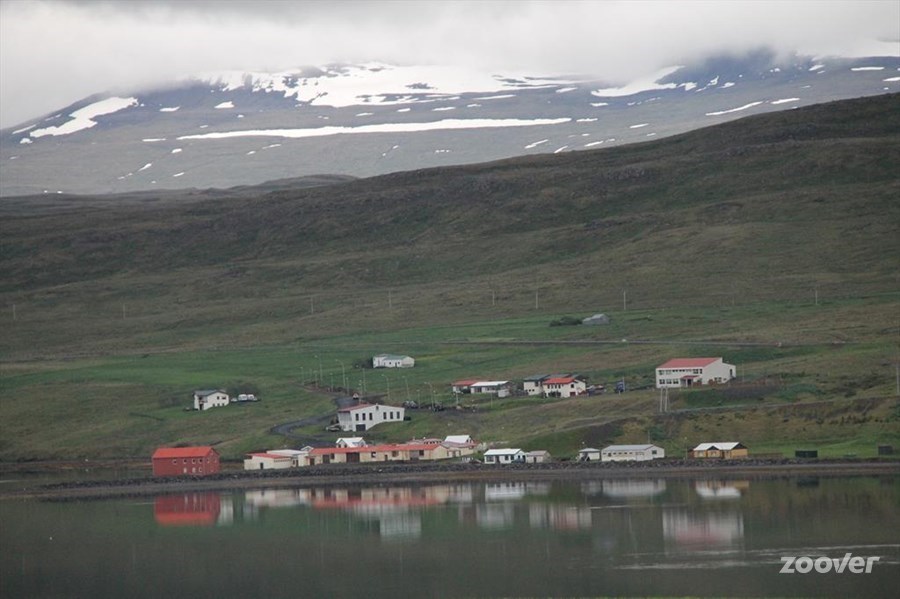 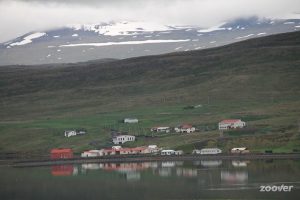 Ásgeir – ‘In the Silence’

Ásgeir Trausti (b. 1992) grew up in Laugarbakki, a hamlet of 40 residents (mostly retirees) in northwest Iceland. There weren’t any other kids, so he grew up playing guitar. By 12 he had formed a garage band in the nearby metropolis of Hvammstangi (pop. 580). 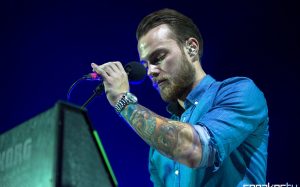 Ásgeir debut album has been bought by some 10% of the Icelandic public (that’s about 30,000 copies), and has charted around the world (#8 in Australia, #40 in the UK). It was nominated for Best Nordic Album of the Year. And there’s a lot of fine music coming out of Scandinavia.

For about a year now, I’ve found “In the Silence” (the English version) to be really fine music. The vocals are heart-rending. The songs are full of entrancing, mystical landscapes and trolls, buoyed by pop hooks that just don’t let go. And the production, the sound palette? Worth the price of admission.

His original career choice was the javelin, but when he hurt his back he started to spend more time on his hobby. He made a demo EP at home, and at 19 took it to a respected young musician/producer, Guðm. Kristinn Jónsson (aka Kiddi – unless I missed something in translation; it’s Icelandic, after all). The next day they started recording what would eventually become the album “Dýrð í dauðaþögn”. It was the first time Ásgeir was in a recording studio. 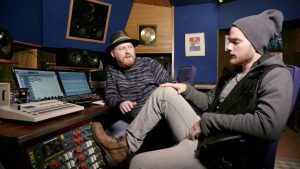 They didn’t set out to record an entire album. They were just re-recording songs from the demo. Ásgeir was fooling around, playing with new instruments and recording techniques. At one point, Kiddi brought in a dozen studio musicians. When he found out that Ásgeir plays all the instruments himself, he let them go.

So while Kiddi was mixing, Ásgeir would go into another room and write new songs. He’s not much into words. If you look at an interview (or acoustic performance) with him, you’ll see what an extreme introvert he is. Talking for him is akin to throwing a javelin for the rest of us (the Olympic ones are over 2.5 meters long). He likes quiet. 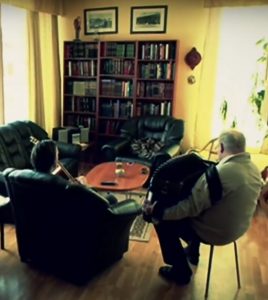 But his father is a respected poet and lyricist. So he has his father write his lyrics. “I like to have my father involved, like a family thing. I know that I won’t do as good a job. I trust him, and he’s really into it…I’ve always admired my father’s work, ever since I was a kid.”

Think about that. Do you know anyone who would talk about his father like that? Do you personally know any 21st century human being who would say “I’ve always admired my father’s work”? Can you imagine any budding rock star anywhere in the world who would prefer to spend his summers in a village of 40 old people, in the middle of a bleak and grey landscape, planting trees, rather than touring California with his band? 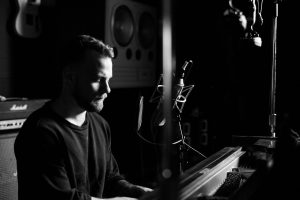 So Ásgeir came to Kiddi with these passionate, acoustic songs about Air and Home and Silence and Birds Singing. And together they produced a wonderful, engaging, beautiful album I’ve listened to many dozens of time. It was such a hit in Iceland that they rerecorded the vocals in English, the translation a collaboration of Ásgeir, his dad, Kiddi, and indie stalwart John Grant, who just happened to be living in Reykjavik and speaks Icelandic.

The musician and the producer generously provide a fascinating (for me at least) track by track commentary on how this wonderful sound picture was composed. It’s a riveting (for us music nerds) peek into the collaborative work of an incredibly talented young songwriter from ‘out there’ and a gifted, sophisticated producer. 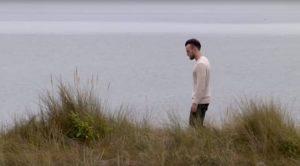 ‘Higher’ – Based on an electronic loop, doubled with a grand piano. “I lift my mind to the sky/and I let it take flight./The wind carries to my ears/precious sounds of life./Soon I break all ties which bind me to this earth…/Higher, higher/Far away/And the glare of this world/is small and humbled.”

‘In the Silence’, the title track. Like the entire album, it began acoustically, and they consciously set out to add electronics “to make it cool.” They used three different bass players till they found the groove they wanted. 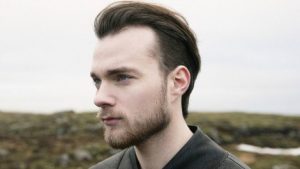 ‘Torrent’ is for me the most intriguing cut on the album, hence our Song of The Week. I literally lost sleep trying to figure out the time signature of the verse. Ásgeir: “It’s kind of 7/8, but also 4/4. It’s kind of…all over the place.” Listen to the song. He’s a whole lot more eloquent playing it than describing it. He calls it “a drum song”. To my mind, it’s a whole lot more than that. It’s a rhythmic trip. Kiddi says they recorded the drum track in a stairwell, using “4 or 5 drum kits, to achieve that ‘wall of sound’ effect.” Phil Spector’s legacy popping up in Reykjavik. Phil should be smiling from his California cell. 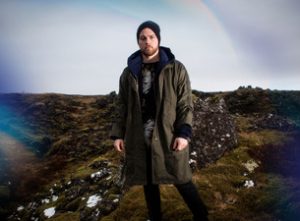 ‘Going Home’ – It’s a true story. We all know that you can’t go home again after you’ve left. But apparently there are still places in the world where one never really leaves home. “Long is the path ahead,/and though my body tires/and I have far to go,/ I know I’m going home,/know I’m going home.” The lyrics may not carry much weight alone. But they’re not meant to – they’re there to serve the whole. And the whole carries tremendous emotional weight. 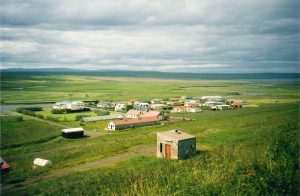 ‘In Harmony’ faithful to the acoustic demo, embellished with a stunning, grandiose production.

‘King and Cross’, the closest thing to a hit, with a video full of authentic Norse elves and trolls.

Ásgeir’s second album, “Afterglow”, is quite a different trip. He’s following very much the same path as Bon Iver and James Blake, experimenting in distortion, testing the boundaries of sound. But that’s a whole ‘nother story.

Check out “In the Silence”. Take a couple of hours. Or days. Or weeks. I’ve found that Laugarbakki music to be both pastoral and hip, genuinely organic and convincingly innovative.